Do your boobs make you happy?

Natalee Woods, former bra fitter and author of the upcoming Boob Job, explains what she learned in her years of observing women's relationships with their breasts. 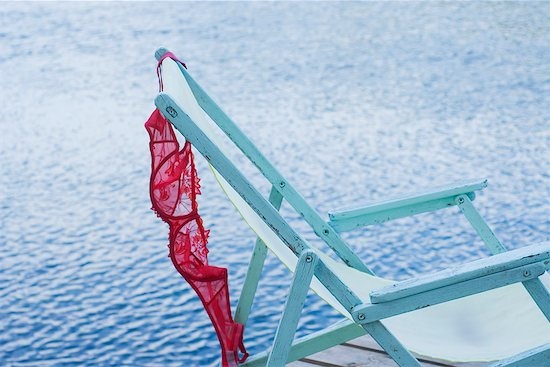 Natalee Woods, former bra fitter and author of the upcoming Boob Job, explains what she learned in her years of observing women’s relationships with their breasts.

Q: Did working in a bra store give you any insight into women’s relationship with their breasts?

A: Absolutely. A bra department forces women to examine their bodies, because essentially, the task, as daunting as it is, is to find something that your body can “fit” into. With today’s overpowering pressure to look a certain way, specifically thin, I spent a lot of time in the dressing room watching and listening to women negotiate with all these societal pressures and influences. And at times, it was really difficult because I could see the lack of self respect. But there were also the times when I would look at a woman and think to myself, wow, she really loves herself, and there’s absolutely nothing in this world that could compare to that.

Q: What were these women hoping that the right bra might do for them?

A: I think ultimately most of the women were hoping for bras that would make their breasts look good and somehow match the image that they had created in their minds. The definition of the “right bra” varied on so many levels. For example, a large number of smaller breasted women wanted to look bigger, so they bought push ups with padding, and a large number of big breasted women wanted to look smaller, so they bought minimizing bras with a little more coverage. I would hear the term “proportionate” quite often, as ambiguous as it was. Women wanted to feel good about themselves, and when I met their needs, it was interesting to watch the “right” bra facilitate a feeling when they stood in front of the mirror. Women felt sexy and feminine and in control, often dismissing whatever views they might have had about their breasts upon arriving.

Q: Did you meet any women who had a particularly unhappy relationship with their breasts?

A: I unfortunately met lots of women who were unhappy with their breasts – even those who spent money on them, thinking they were getting something else. I’ve had women cry, walk out, and even get angry. I remember fitting a fourteen year-old girl whose mother was really annoying, constantly telling me what to grab from the sales floor while reminding me to exhaust every option so that her daughter had an opportunity to appear smaller. When I told my young customer that I was going to be putting her in a 34 H, she turned and said to her mother, as her eyes welled up with tears, that she had “never felt uglier.” It broke my heart. Furthermore, I helped women who had lost a significant amount of weight or had breastfed three kids or surgically reduced their breast size, and understandably, the relationship with their breasts changed. I also don’t want to fail to mention all the courageous women who battled breast cancer and lost their breasts, thus forcing them to establish a completely new connection with their bodies. The dressing room was a vulnerable but powerful place.

Q: Did you meet many women who had a positive relationship with their breasts, or were they mostly ambivalent?

NW: Both. I think it’s fair to say, from my experience, that most of the women who had positive relationships with their breasts were older women and augmented women. And let me reiterate most, not all. A personal customer of mine, Gladys Brown, an eighty-four year-old widow from Beverly Hills, would always joke about her “flapjacks” and “knee warmers.” But she loved her breasts. She had always loved her breasts. I laughed my ass off every time she came in because she’d talk to her triple Ds, and kiss them, and tell them how beautiful she thought they were. She was wise and confident and commanded respect. I liked that.

Q: Do you think that finding the right bra did, in any way, make some of these women happier?

A: Without a doubt. I know that when I put my boobs into a bra that fits well and looks good, I feel good. And what’s great is that a lot of women took the time to write thank you notes, stating that they loved their new bras and what they looked like in them. I helped a woman during one of our sales and I had no idea that I had made such a difference in her life (and sex life) until I received a two-page letter. That felt good.