The common ingredient that may be making you overeat 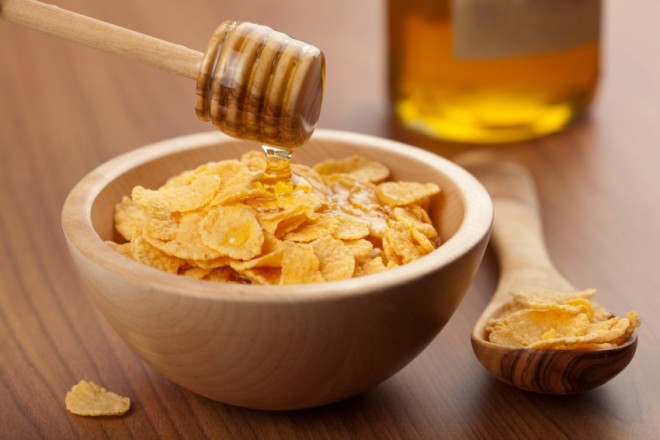 Those who often find themselves struggling to overcome an insatiable hunger that leads to regular overeating may want to check the ingredient list on some of the foods they’re consuming regularly. In particular, keep an eye out for fructose and/or high-fructose corn syrup, which has recently been associated with the potential for overeating (via Health Day News).

For years, controversy has persisted about the connection between high-fructose corn syrup and rising rates of obesity — with many arguing that the body doesn’t react as well to the sweetener as it does natural sugars.

To see if there was a difference between how the brain reacts to fructose versus glucose, another natural sugar, researchers at Yale University monitored the consumption of 20 healthy adults. Some of the participants were asked to ingest fructose, while others ingested glucose.

In the end, the researchers discovered that those people who consumed glucose experienced a greater sense of satiety or fullness — their brains produced hormones associated with feeling of full.

By contrast, those people who consumed fructose weren’t as full — their brains did not produce as high a level of the hormone that makes us feel fuller and therefore curbs overeating.

While the information raises some questions about how the body responds to certain sugars, the study’s authors were cautious about declaring fructose and high-fructose corn syrup a villain in the fight against obesity. Rather, they insisted it is simply one more potential factor that may affect whether or not people overeat regularly.

But there is some standard advice for those concerned about eating well. Health Day quoted one expert who said the study should simply remind people to keep their overall sugar consumption to a minimum to avoid overeating and excess weight gain.

Sharon Zarabi, nutritionist of Lenox Hill Hospital in New York City, offered this rule of thumb when it comes to buying more wisely: “Avoid having fructose or glucose listed as one of the first three ingredients and make sure that sugar is less than 10 grams per serving.”

Sugar can often be hiding in your breakfast cereals, drinks, yogurts and condiments so be mindful.