Has COVID-19 Scuttled My Chances To Have Kids?

With society shut down for the discernable future, and many fertility clinics only starting to re-open, many people’s family planning plans have been altered. 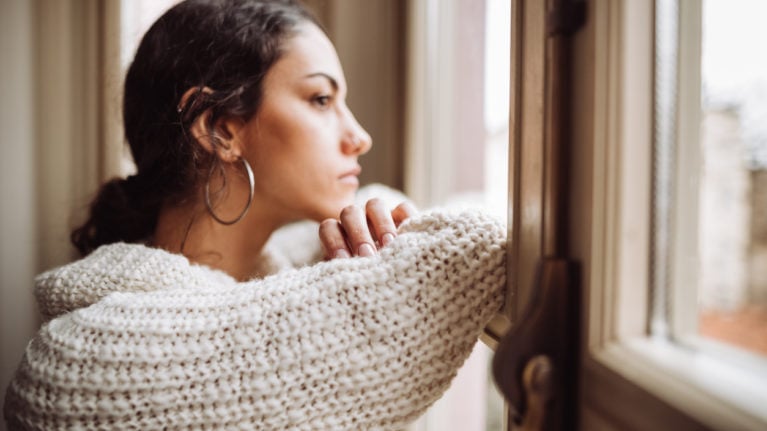 I thought I would have kids when I turned 36.

That’s almost as old as my mom was when she had me, so for a long time it seemed like a fine and normal age. It also seemed so far away, even as I entered my early thirties. I was spending my time having wine-soaked dinners with pals, travelling for weeks on end solo and generally enjoying being a single woman with paid-off student loans and a little disposable income for the first time, well, ever. I wasn’t thinking too much about whether I wanted children at all—deciding whether I wanted kids was for an older, wiser me.

But then our world was upended. I’m not travelling, eating out or even leaving my apartment much these days. Forget dating: I’m happy just to see a pal from six feet away for a few minutes.

Optimistic estimates predict a COVID-19 vaccine could be ready by next year. But more conservative, and frankly, realistic estimates, find it could be years before a vaccine is widely available.

I turn 34 this year. Let’s go with a moderate estimate: two years to make a vaccine. I’ll be just shy of my 36th birthday. That person who needs to find a partner and decide if the future includes kids doesn’t look so far away.

I’m far from the only person grappling with this. Single people worry about how they’ll date safely. Couples wonder if now is the right time to bring a child into the world—or, if they are using fertility treatments, whether they can continue. All of us, many who thought they had clear goals they were working towards, now find our lives ruled by uncertainties. Chief among them: how do you even consider starting a family when you can’t even leave the bubble?

Pacinthe Mattar, a 34-year-old journalist living in Toronto, was, like me, hoping to date and jump into a relationship at some point—but it didn’t feel like a pressing concern. Now, however, she has been struck by the sensation that even the opportunity to try is slipping away from her. “I feel like I’m holding a basketball—it’s like, I’m Kawhi Leonard and I’ve got the ball and I have to make the shot, and the shot clock is running out. The pandemic is running out my shot clock on this goal of getting married and having kids,” Mattar says. “Time is holding us hostage.”

David Kessler, the co-author of one of the seminal texts on mourning, On Grief and Grieving, notes that through COVID-19 we are feeling many types of grief, among them anticipatory grief. “Anticipatory grief is that feeling we get about what the future holds when we’re uncertain,” he told the Harvard Business Review. “Anticipatory grief is also more broadly imagined futures. There is a storm coming. There’s something bad out there. With a virus, this kind of grief is so confusing for people. Our primitive mind knows something bad is happening, but you can’t see it. This breaks our sense of safety. We’re feeling that loss of safety.”

In dealing with this crisis, I have mourned futures I had fantasized about. Ones where I’d travel, date, maybe hit it off with a guy I met at a party. We’d date for a while, move in together, maybe get married, but certainly figure out if kids were a part of the picture. But with COVID, suddenly, those possibilities of chance encounters are diminished.

People who thought they wanted children find themselves in a similar predicament. Sarah MacIndoe, a 34-year-old program manager at a non-profit, had moved her family from Toronto to Ottawa to take advantage of a lower cost of living in advance of having a second child. Upon arriving in the city, they contacted the city’s only fertility clinic to begin the process. Her first child, a now three-year-old daughter, was conceived using intrauterine insemination, and MacIndoe and her partner decided to use the same procedure for their second.

“For people with children already at home, this is the least sexiest time of our entire lives,” MacIndoe says. She and her partner still want another child—but the wait to use fertility services again is a concern. “I’m impatient, but I’m already tired. I’m so tired. I can’t imagine, even older [than I am now] going back to that newborn stage again. Age is definitely a factor I think about.”

Amy*, a Torontonian who works in tech, and her partner were also trying to conceive via intrauterine insemination. As a queer couple, this was their only option to have the two children they planned and hoped for. But that too is on hold. “We have a number of queer friends and acquaintances who recently had a baby or expecting, and it’s hard to feel excited about that, even though I want to be,” says Amy. It’s difficult to celebrate for others while she worries she may not have children of her own.

One of the things I have struggled with personally is that worrying about my own future seems so small in the grand scheme of things.

But Susan Cadell, a professor at the school of social work at Renison University College at University of Waterloo who studies grief, says that everyone’s grief is legitimate, despite feeling that it may not be as bad as what other people are going through. “It doesn’t take away from someone else’s grief, and it doesn’t cancel out someone else’s grief,” she says.

“We’ve all lost a great deal,” she says, noting that includes things like our routines and social networks. “Those are all losses. And so what we feel is grief.”

Part of learning to manage grief is acceptance. At this moment, I think what that means is learning to accept uncertainty. None of us know what the future holds—but did we really know before, either? There were no guarantees that by 36 I’d have everything I wanted lined up for my life before kids in place—or even that I could have my own. Maybe I’ll always just want to be the fun aunt to my friends’ children.

It’s also worth considering that while a pandemic is by no means an easy thing to live through, it also does not diminish life. Humanity’s tenure on earth has been punctuated by plagues, viruses and catastrophes—and yet people still found ways to fall in love, have kids and go on. (My mom reminded me recently that both her parents survived the 1918 Spanish Flu—lucky for us.)

Then there are the people who know what they want, no matter what. Emily*, a 40-year-old healthcare professional in Toronto, had, like me, hoped she’d meet a partner she would eventually have children with. She had even taken the step of having egg retrieval done at 36, to increase the likelihood she could have children later in life.

The pandemic didn’t stall her plans; it accelerated them. “I was debating when I was turning 40. I was like, ‘Oh, I have time. Maybe I’ll wait until 41,’” she says. ”But I might be on a [fertility clinic] waitlist now until I’m 41. I realized that it’s time to get the ball rolling now.”

She’ll still have a frustrating wait, but, the day after I spoke to her, she called the fertility clinic to let them know she wanted to start trying to get pregnant, as soon as it was possible.