Overall, Canadian women are 13 percent less likely to die from cancer now than they were two decades ago — but fatality rates for some types, like lung cancer, remain the same.

Two years ago, on her 57th birthday, Claire Edmonds came home from work to a voicemail from her doctor. He said to call him back — that night — about the results of a routine mammogram. Having worked for decades as a registered psychotherapist at Wellspring, a Toronto-based support centre for people with cancer, she knew what this moment might bring, and her instincts were right. She had breast cancer.

The disease runs in her family. Both her grandmothers had died of it. And Edmonds’s mother had a prophylactic double mastectomy, a surgery that removes both healthy breasts in the hopes of preventing cancer.

That history made the phone call all the worse. “It felt like the floor gave way,” she says. Edmonds’s battle with the disease, however, would look quite different than that of the other women in her family, as a combination of research, new treatments, universal screening programs and better prevention has changed the landscape for cancer patients in Canada.

One in two people will get cancer in their lifetime, according to figures released in June by the Canadian Cancer Society. That’s a scary statistic, but a big part of the reason for it is that we’re living longer — and the older you are, the more likely you are to get the disease. There have been improvements in survival for all of the “big” cancers, says Heather Bryant, vice-president of cancer control at the Canadian Partnership Against Cancer — in fact, Canadian women are 13 percent less likely to die from any type of cancer now than they were two decades ago. 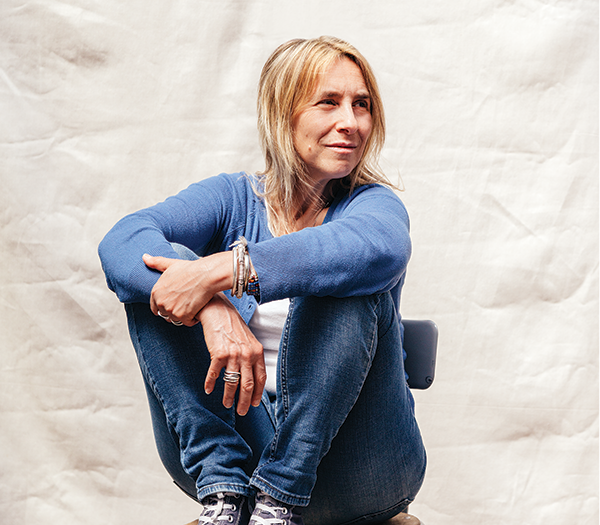 Fundraising has played a huge role in driving that statistic, especially for breast cancer, thanks to the success of the pink-ribbon campaign that exploded onto the scene 25 years ago. But the progress hasn’t been equal. Some cancers, like lung cancer and pancreatic cancer, still have mortality rates close to what they were 20 years ago. And being diagnosed with cancer is still a big worry for many women — a Chatelaine survey conducted earlier this year found 25 percent of women named it as their top health concern. So where does that leave us? Here’s a deeper look into the state of cancer in 2017:

Wins in the fight against breast cancer

The five-year survival rate for breast cancer is now 87 percent — and 44 percent fewer Canadian women die from it than they did in the late 1980s. “Death rates from breast cancer had never significantly fallen — in the history of human civilization — and then they started to come down in 1990 throughout the Western world,” says Nicholas Wilcken, an oncologist in Australia and joint coordinating editor of the Cochrane Breast Cancer Group, which reviews the evidence around breast cancer research. “The experience of a woman diagnosed with breast cancer today is very different than it would have been in 1990.”

Before then, the standard treatment protocol was surgery. But after studies showed the importance of adding chemotherapy and anti-estrogen treatments for suitable breast cancers, the death rates began to drop. They fell even more after the breakthrough drug Herceptin came on the scene in 2005. It targets a specific gene pathway and only works in breast cancer patients who test positive for carrying the HER-2 protien, which promotes the growth of cancerous cells — but it’s been a game changer. “HER-2 … has gone from being the worst kind of breast cancer to have to the best kind,” says Wilcken. 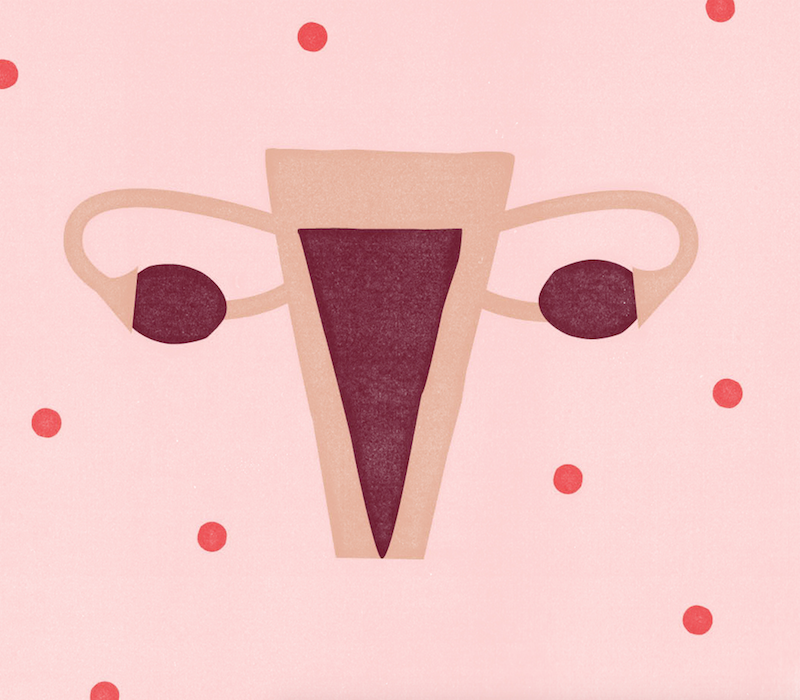 Doctors took 5 months to diagnose my tumour - by then, it ballooned to 20 cm - Chatelaine

Left behind: Lung and other cancers

Lung cancer, which is one of the top four most common cancers diagnosed in Canada and accounts for 14 percent of all new cases, has a five-year survival rate of 17 percent. It’s not often referred to as a women’s disease, but it’s the second most commonly diagnosed cancer in Canadian women. In fact, pancreatic cancer, lung cancer, and ovarian cancer all have similar survival rates to what they had 25 years ago (pancreatic cancer ranks lowest, with a survival rate of just 8 percent).

Part of the reason for that is funding for research — more specifically, lack thereof. Breast cancer was responsible for 7 percent of Canadian cancer deaths in 2011, but received 26 percent of the funding. The figures for lung cancer are nearly a mirror image of those: It’s responsible for 26 percent of deaths, but only gets 6 percent of the research dollars. It and other cancers simply haven’t been able to mobilize fundraising campaigns the same way breast cancer has — or move the needle on survival rates.

Donna Pepin, a 59-year-old who lives in Toronto, was first diagnosed with ovarian cancer in October 2006. It returned in 2016 and she is currently on medication that is controlling a tumour from growing bigger. “After 10 years, things have changed to some degree. Eight different subtypes of ovarian cancer have been identified, and individual treatment protocols have been developed. We’ve learned a lot,” she says. “But the bottom line is my chances of survival are still what they would have been back then.”

Overall, the survival rate for all cancers has increased, up from 53 percent in 1994 to 60 percent in 2008 across Canada. Though researchers aren’t sure exactly why, women are more likely than men to survive cancer — they are 13 percent more likely to make it to the five-year mark. 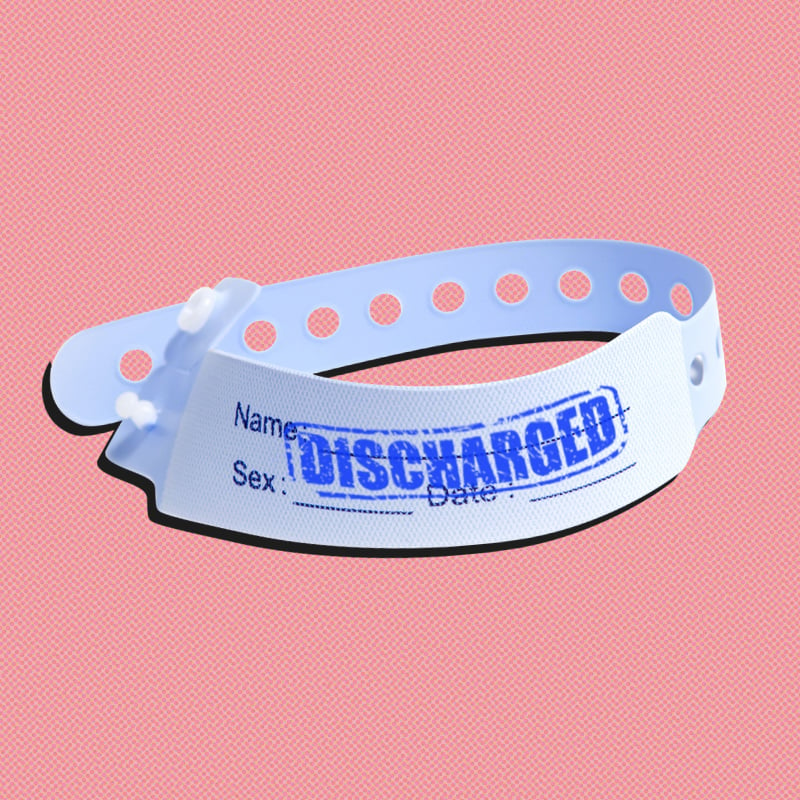 Better surgical techniques, new chemotherapies (especially for breast cancer) and more precise radiation have boosted survival rates, along with better screening that catches disease in earlier, more treatable stages. There’s been a push since the 1990s to use as little chemo and radiation as possible, while still getting the same cure rates, and improvements in drugs that control nausea and other side effects mean chemotherapy can be less grueling to go through.

There’s also a lot of buzz around a treatment called immunotherapy, which has far fewer side effects than chemotherapy. “It’s sort of training the patient’s immune system to be able to fight cancer,” explains Karen Malone, vice-president of research and programs at the Canadian Cancer Society. It’s used in metastatic melanoma, and it’s effective for about 10 to 30 percent of those patients. Researchers are hopeful it will soon be used in other types of cancer as well.

Continuing to fund research into different kinds of treatments is essential if survival rates are to continue to improve. The idea that there is a “cure” for cancer makes for a handy tagline, says Terry Sullivan, expert lead of quality initiatives at the Canadian Partnership Against Cancer, but “we’re looking for thousands of pathways to tackle cancer, not one single cure,” he says.

Any cancer that’s caught early has a much higher chance of being beaten — which is why routine screenings for some cancers were introduced in the 1990s. Early stage breast cancer has a survival rate of 90 percent, while for late stage breast cancer, that number is 15 percent. For ovarian cancer, it’s 90 percent and 5 percent.

Mammogram screening programs have had such a large impact, they can take credit for about half of the increase in survival rates in breast cancer over the past 25 years, according to Bryant. Pap smears emerged around the same time, and as a result, cervical cancer rates decreased dramatically. (A new type of Pap smear that looks for the HPV virus, not just the precancerous cells, should also help.) Nationwide screening for colorectal cancer — the third-most common cancer in women — followed in the mid-2000s, and the hope is it will help further lower rates of that disease. 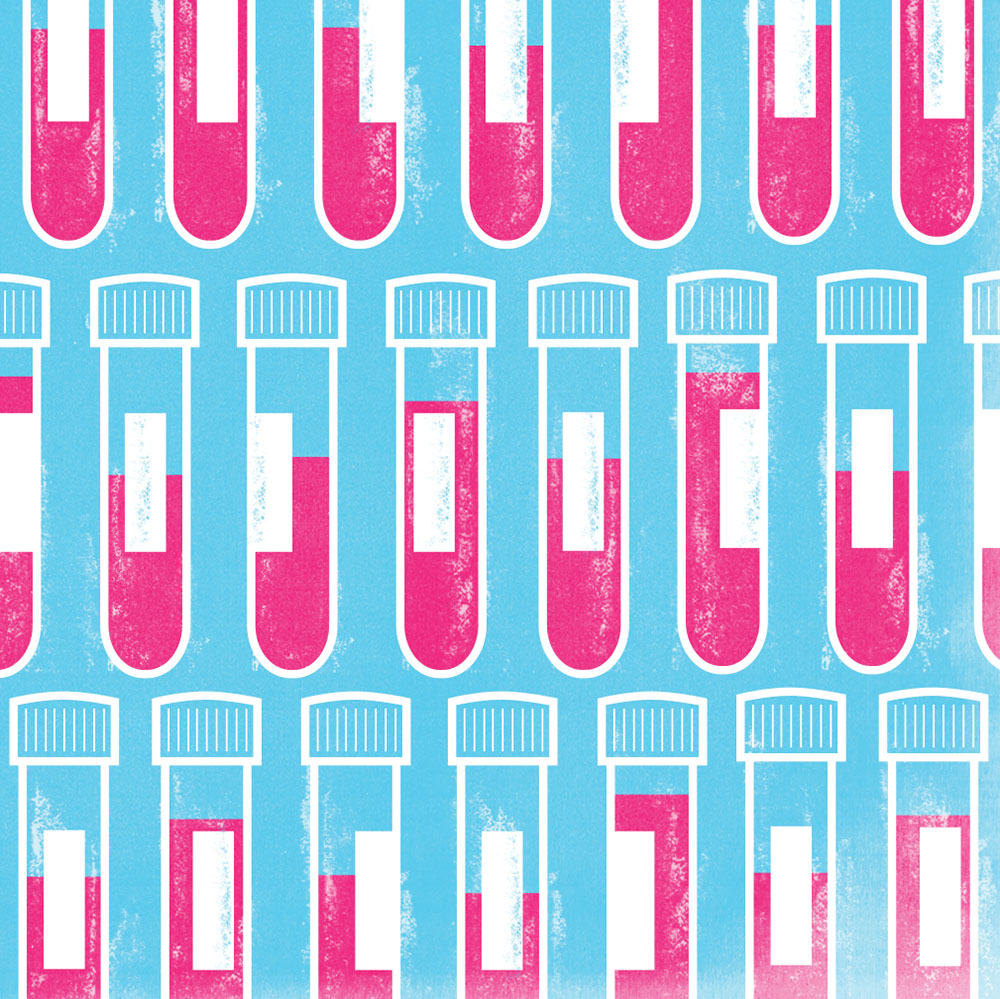 Here's when you should ask your doctor for medical tests

At the same time, we’re now more aware of potential harms from screening — namely, overdiagnosis — and have made screening programs more targeted. A major long-term Canadian study found little survival benefit from doing mammograms on low-risk women in their 40s, which led to new recommendations against routine mammograms for this group. We’ve also pulled back on Pap smears, with 2014 recommendations recommending they be performed less often. This doesn’t mean screening isn’t valuable, just that it should be restricted to ages and groups where the benefits outweigh the potential harms.

The inability to screen for some cancers is one reason they’re often caught in later stages, when they’re harder to treat. That’s why doctors are excited about a new screening technique rolling out across Canada for lung cancer, which is often diagnosed late. Suitable only for high-risk patients, it’s called low dose computed tomography, and uses a series of CT scans to spot the cancer early — much like a mammogram does. There’s enough evidence to support it that the Canadian Task Force on Preventive Health Care recently recommended it, and it’s currently available through a couple of pilot projects.

Historically, men have been more likely than women to be diagnosed with cancer. But women have been inching upwards, and are now diagnosed at an almost equal rate. That’s mostly because the number of women who smoke peaked around 1980 and then started to decline throughout the decade, and we’re still riding out the wave of lung cancers that are developing years later as a result.

The good news is that those numbers should soon start to drop, reflecting when women started to quit. The bad news is that doctors are worried about the future effects of other aspects of our lifestyles. More people aren’t getting enough physical activity or eating enough fruits and vegetables, and obesity rates are climbing – all of which increase your risk of getting cancer. “These trends are going the wrong way,” says David Mowat, a public health physician and cancer advisor at CPAC.

His prescription to lower your chances of a cancer diagnosis is tied to a healthy lifestyle. Get enough physical activity — 30 minutes a day, five days a week; stay within a healthy weight by reducing processed foods and limiting sugar-sweetened beverages; and eat five servings a day of fruits and vegetables. Limit your alcohol consumption. Reduce sun exposure. And if you smoke, quit. Together, he says, those five changes could lower your risk of getting cancer by about 30 percent.

These healthy habits can also help reduce the risk that cancer will come back. Researchers have found that being more active is associated with a lower risk of breast cancer recurrence and a lower risk of death in people who have colorectal cancer. It can also help with some quality of life issues that are common after cancer treatment, like fatigue, insomnia and pain. But as a society, we’ve made it difficult to make the right choices when it comes to our health, Mowat says. “It’s about learning to build the right lifestyle to easily make the healthy choice.”

Two years after Claire Edmonds’ diagnosis, she’s doing well, and benefitting from the advances in breast cancer treatment. Oncotype testing of the cancer cells pinpointed which kind of therapy her cancer would best respond to. She had a single mastectomy with immediate reconstruction in June 2015 (much less invasive than her mother’s double mastectomy) and screening for the BRCA 1 and BRCA 2 gene mutations were negative. The very fact that her cancer was caught by a routine mammogram — something that wasn’t standard 25 years ago — shows how far we’ve come in battling some types of the disease.

“I feel very lucky … and I hope that in the future, women will be even luckier,” she says. “I look forward to things improving for my daughters’ generation.”