Can living like the Golden Girls help you live longer?

While some people consider living alone a benchmark of adulthood and success - especially if you're accustomed to roommates who have loud sex and never clean the toilet - it turns out that solo living isn't all roses. 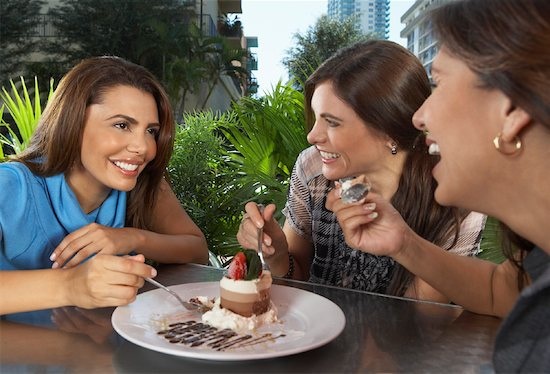 While some people consider living alone a benchmark of adulthood and success – especially if you’re accustomed to roommates who have loud sex and never clean the toilet – it turns out that solo living isn’t all roses. In fact, it could kill you. According to a recent study reported by Mark Russell over at Newser, people who live alone under the age of 65 are 21 percent more likely to die than their cohabiting counterparts. The main reason for the difference may be that there’s no one around to help if something goes wrong. Or, as sociologist Maggie Scarf once told me, it’s helpful to have someone who can point out that thing on your ass that wasn’t there a few months ago. Interestingly, once people hit 80 living alone actually lowered their risk of death; the correlation being that if you’re independent enough to live alone at that age, you’re probably pretty spry.

So what to do if you’re under 65, not coupled up and still don’t want to die? Well, you could always consider a Golden Girls-like solution where you co-habitate with a bunch of sassy ladies and wait for hilarity to ensue. Over at Second Act, Jane Ganahl wrote on the increasing phenomenon of these types of living arrangements. According to an AARP study, in 2010 there were 480,000 American boomer women living with at least one female non-relative (without a male partner in sight).

Many women who have lived alone for years really value their personal space – and there are many advantages to living alone: it’s always quiet when you want quiet; you don’t have to worry about splitting up bills or refrigerator space; there’s no one to slack on chores or hassle you to do your part. Essentially, when you live alone you have total control over your environment – which has its appeals. But Ganahl speaks to women who happily outline to many advantages to having roommates: you can often live in a nicer space than you could afford on your own; you don’t come home to an empty house every night; and, depending on the particular arrangement, there’s often someone with whom to make dinner, stroll down to the local bakery, and gossip about everyday life. Plus, if there was any truth to the Golden Girls, there’s always a cheesecake in the fridge. High-fast desserts and a longer life? Having roommates is starting to sound okay.