Can hitting the gym cure the blues?

The Statement: “On antidepressants but still in a funk? Try hitting the gym. (A new study) has found that exercise is just as good as a second antidepressant in conquering the blues.” — Toronto Star, August 25, 2011 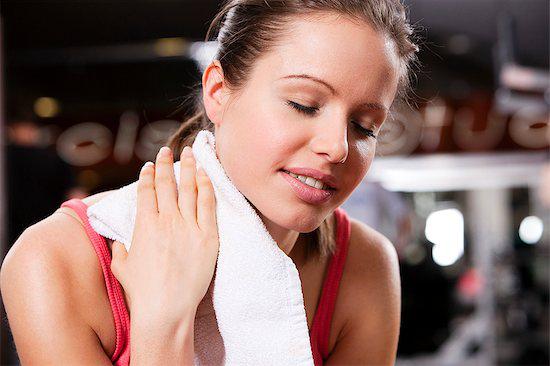 The Statement: “On antidepressants but still in a funk? Try hitting the gym. (A new study) has found that exercise is just as good as a second antidepressant in conquering the blues.” — Toronto Star, August 25, 2011

Our collective bafflement at the tragic deaths of NHL players Wade Belak and Rick Rypien, whom both  reportedly committed suicide recently, and Derek Boogaard, who accidentally overdosed on booze and painkillers in May, had Science-ish wondering about the link between depression and sports. As the Globe and Mail’s André Picard penned rhetorically, “Surely a trio of tough guys dying at their own hand in a short period can’t be a coincidence, right?”

Indeed, the notion that athletes in peak physical condition could succumb to what Winston Churchill used to call the black dog doesn’t square with what we thought we knew. Besides the fact that jocks (unlike artists) aren’t typically associated with depression, the well-documented health benefits of playing sports don’t seem to align with the blues. There are the mood-boosting physiological effects of working out — it raises endorphin levels and reduces the stress hormone cortisol. There are intangible benefits, too: the increased self-esteem that comes with feeling and looking fit. Being athletic in our society is virtuous, and some have even linked too little physical activity to depressive moods.

So it seems easy to believe that exercise would inhibit depression.

Those who have wrestled the black dog may have been interested in the news stories last week about a new study that supposedly found the “treadmill can act as second antidepressant,” as the Toronto Star put it. That a jog could help treat depression — with fewer side-effects and costs than blockbuster antidepressants — sounded immediately appealing, especially when considering people tend to have poor adherence to antidepressants (the dropout rate within the first weeks of treatment can run as high as 40%), and even when they stick to their treatment, they often just don’t feel better. (A 2003 Cochrane review found only marginal differences between antidepressant medications and active placebos.)

Naturally, Science-ish was inclined to look at the evidence behind physical activity as a treatment for depression. The most recent Cochrane systematic review on the subject — ”Exercise for depression“ — examined randomized controlled trials in which exercise was compared to standard treatment, no treatment or a placebo in adults with depression. Exercise, the investigators concluded, seemed to improve depressive symptoms in people — but the effects were statistically insignificant when only methodologically robust trials were considered.

The lead author on the study, Dr. Gillian Mead of the University of Edinburgh, told Science-ish, “There was also uncertainty about the optimum exercise prescription, which individual patients might benefit, how best to motivate people with depression to start to exercise, and how to optimize adherence.”

Dr. James Blumenthal (PhD), a leading researcher on exercise and depression at Duke University, weighed in, too. He has found that, while promising, there is no definitive link between exercise and depression. “Data are more limited in children, and most studies of adults have focused on aerobic exercise. But there is some—albeit limited—data supporting the potential value of anaerobic strength training,” he noted. Though, again, the exact dose of exercise needed to boost low moods is not yet known. (Duke research suggests 30 minutes three times each week for 16 weeks may be adequate.)

As for the recent headline-grabbing study, “Exercise as an augmentation treatment for nonremitted major depressive disorder,” the researchers looked at people who had not responded to antidepressants, and split them into two groups: one went on a gentle exercise regime (walking 10 minutes per day, for example) and the other took more vigorous aerobic exercise (a jog on the treadmill). All participants remained on antidepressants, but exercise — not another drug — was their co-treatment.

After the four-month trial, more people on the higher “dose” of exercise experienced remission of symptoms than the gentle exercisers, but more of those on the brisk routine dropped out of the trial. Dr. Mead observed, “The difference between the two doses of exercise was not statistically significant. So while these data are not inconsistent with the literature that suggests that exercise is of benefit for depression, further research is still needed to answer important questions about how effective exercise might be.”

Still, in her systematic review, Dr. Mead and her co-authors did suggest physicians consider prescribing exercise for depressed patients. “It would be reasonable for doctors to give them the same advice that they would give healthy people about the long-term benefits of exercise. And also say that exercise may have short-term beneficial effects on mood,” she said. “As you know, there is a vast, robust literature on the benefits of exercise in the general population.”

Julia Belluz is the associate editor at the Medical Post. Science-ish is a joint Maclean’s, Medical Post, Chatelaine and McMaster Health Forum project. Got a tip? Seen something that’s Science-ish? Message her at julia.belluz@medicalpost.rogers.com or on Twitter @juliaoftoronto