My 'Pimple' Turned Out To Be Skin Cancer

A blemish on my face just wouldn’t go away, but it was months before I took it seriously—or got a diagnosis. 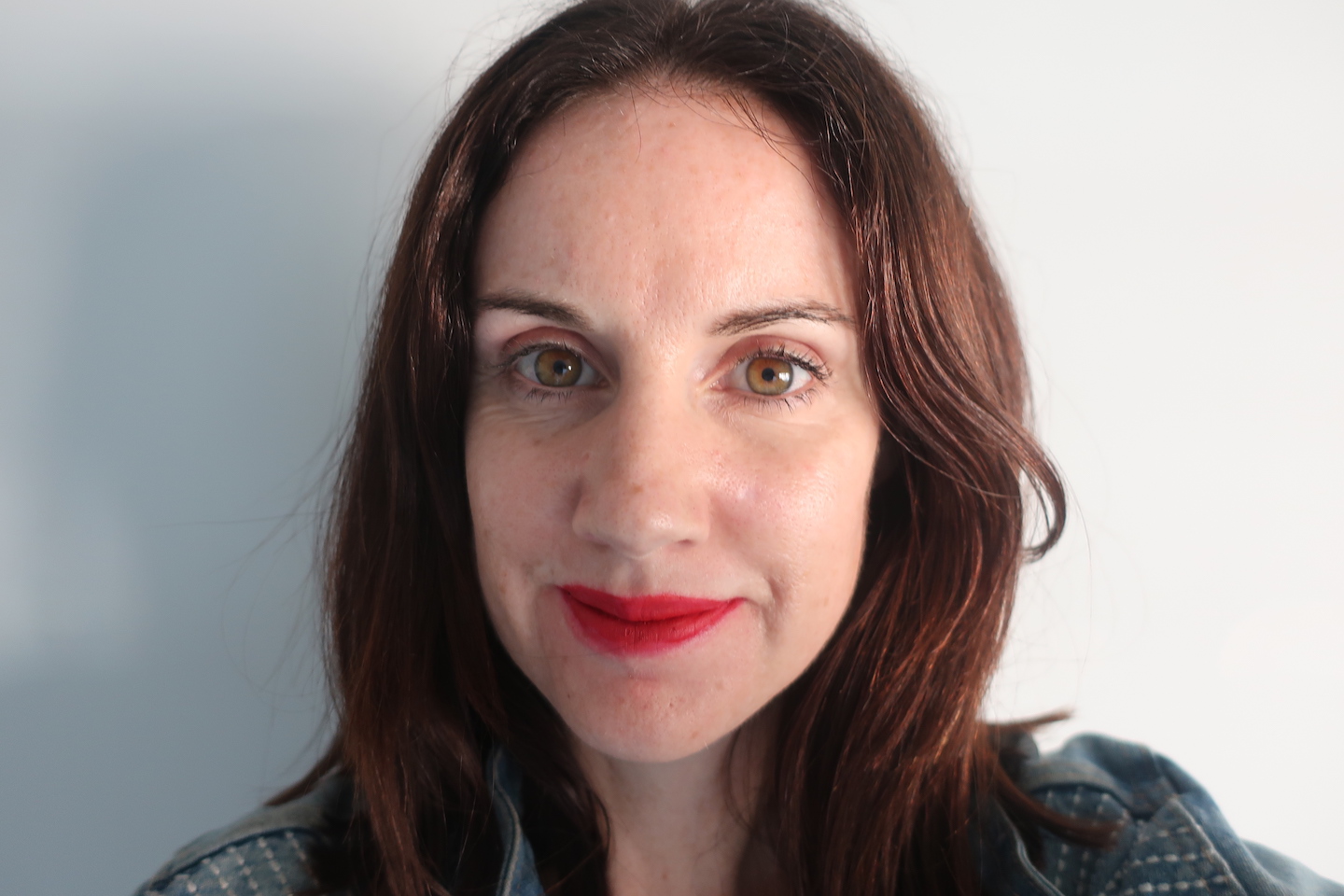 When I was nearly 40, I got a pimple on my left cheek. It wasn’t unsightly. I can’t remember when I first noticed it, and I don’t think others did. But I admit it: I’m vain. So when that half-centimetre blemish wouldn’t go away, I was annoyed, especially because I’d never really struggled with acne before.

Over time it got worse. In the next six months, I tried whitening creams from Korea. I went to a GP in my home country, Australia, who thought it was sun damage. (She unsuccessfully tried to freeze it with liquid nitrogen.) While working in South Africa, I had a series of laser treatments after another doctor told me it was a pore and I’d probably picked at a pimple.

But it wouldn’t disappear. In fact, when I went to Canada, my mother’s birth country, to visit family, it became flaky. My annoyance was turning to worry, but I still didn’t think it was skin cancer. I’d always been aware of the disease—my mum, who grew up in Toronto, had a stage two melanoma removed from her back at age 65. Her dermatologist told her it had likely been caused by sun damage when she was a teen or small child. So, I’ve always known I should avoid the sun and wear sunscreen. But my pimple didn’t look like a mole gone rogue or a sore that wouldn’t heal, and besides, if it was cancer, I was sure my GP would have picked it up.

But I’d just spent five years living in Uganda, on the equator in East Africa, riding motorbikes most days while working as a journalist—and I hadn’t always worn sunscreen. So while I thought I’d ruled skin cancer out, it was still in the back of my mind. (And okay, I also didn’t want this blemish to get more unsightly.) I went to the cosmetic clinic at the Toronto Dermatology Centre, but an esthetician immediately sent me to see Dr. Maxwell Sauder, a dermatologist there, who suspected my pimple was a basal cell carcinoma (BCC).

Skin cancer is the most common cancer diagnosis in Canada. And BCC is the most common form of skin cancer in Canada, according to the Canadian Dermatology Association. It normally appears on sun-exposed areas, most commonly the face and neck, but also the torso, arms and legs. It’s caused by intense sun exposure, so people with a history of multiple sunburns or who have used indoor tanning salons have an increased risk.

And as it turns out, it can show up in a variety of ways. “Any new bump that is pink and relatively firm, maybe has some fine blood vessels in it, or especially a sore that bleeds or crusts you should get checked out,” says Sauder. “Any sore that doesn’t heal after four weeks should be checked by a health care professional and ideally a dermatologist.

My “pimple” had been around for far longer than four weeks, so when Dr. Sauder suggested doing a biopsy the same day, I knew I had to say yes. I couldn’t wait until I was back in Australia. And as Dr. Sauder suspected, results from the biopsy quickly proved that it was BCC. Thankfully, this is the least-dangerous type of skin cancer, and it’s one of the easiest forms of skin cancer to treat. And you do have to treat them, even if they’re not as dangerous as other types of skin cancer. That’s because over time, they can get bigger, cause disfigurement and—in rare cases—spread to other parts of the body and even cause death.

There’s a variety of ways that basal cells can be treated, from creams to freezing them to surgical removal. My doctor offered me two options as my GP in Australia had already tried freezing it off: I could have the BCC cut out entirely by a plastic surgeon or I could use an imiquimod cream, which revs up the immune system to fight cancer cells. I’d have to rub it onto the cancer once daily from Monday to Friday for six weeks. I chose the cream, partially because it had a good success rate. According to a 2017 study from the Journal of Investigative Dermatology, 82.5% of patients who used imiquimod cream did not experience a recurrence within five years of treatment. Surgery has a 97.7% five-year success rate, but the cream has a better result aesthetically—and I was told if it didn’t work, surgery was still an option.

But that doesn’t mean the cream was the easy option. Dr. Sauder had warned me that it would cause the area around the cancer to get worse before it got better. For weeks, I had big crusty red spots on my face, even on the healthy skin around the cancer. And every morning when I’d wake up, they seemed to have spread, especially in the second and third weeks of treatment. But when I went for a check-up with Dr. Sauder, he was pleased with the inflammation. Bad as it looked, it was actually a sign that the cream was working well.

I wasn’t feeling great, though. I started to think that the cancer would never go away. I hated looking in the mirror and I wondered why I hadn’t chosen to just have it cut out. And people started to ask me what had happened, so in the end I covered the lesion, which was about 4 cm long and 2 cm wide, with a Band-Aid whenever I went out. I’ve dealt with bigger things in life before, and, having lived in developing countries, it’s not lost on me how fortunate I am to have access to good healthcare systems. But I did start to become a bit depressed. I’d been diagnosed with cancer while far away from home, after all. And it was snowing! In the end, I ended up heading back to Australia earlier than intended—although of course it was summer on that side of the world. (According to the World Cancer Research Fund, Australia had the highest rate of melanoma in 2018, with a rate of 33.6 per 100,000 people.)

Once I was home I felt better. My skin was still red two months after I stopped using the imiquimod cream, but eventually that too went away, disappearing first around the cancer, then from the surrounding skin. Three months after the end of my treatment, I went to see a dermatologist in Australia who, after looking through a microscope against my cheek, told me that my cancer was gone. This wasn’t unexpected—the five-year relative survival rate for basal cell skin cancers is 100 percent, according to the Canadian Cancer Society.

Today, the scar on my cheek isn’t that noticeable to other people, although I’m conscious of it. I am even more vigilant about going out in the sun, and apply cream even on days when it’s overcast. I’m not thrilled about the scar, and I may have it fixed later on. But I’d rather have a scar than skin cancer.

People who’ve had one basal cell skin cancer have an increased risk of developing a second cancer, so should see a dermatologist regularly. (Within the first year of diagnosis, Dr. Sauder recommends two visits.) And, once a year you should also have a general head-to-toe check-up of both sun-exposed and sun-protected areas. And, for everyone, the Canadian Skin Cancer Foundation recommends staying out of the sun between 10 a.m. and 4 p.m., covering up with loose-fitting, tightly woven and lightweight clothing, wearing a wide-brimmed hat, staying in the shade, and wearing sunglasses.