About Her, a new documentary about breast cancer featuring a Chatelaine blogger

"You can never know when or how you'll die. You can only choose how you'll live." — Leanne Coppen 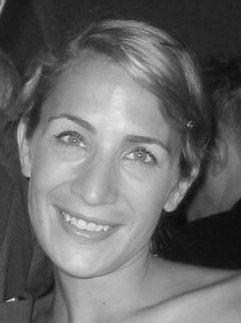 “You can never know when or how you’ll die. You can only choose how you’ll live.” — Leanne Coppen

About Her, a Canadian documentary airing this week on the W Network, follows the stories of nine women with a particularly aggressive form of breast cancer, including Chatelaine’s blogger Leanne Coppen.

Breast cancer is the most common cancer diagnosed in Canadian women, after non-melanoma skin cancers, and it kills 5,100 Canadian women every year. The good news is that breast cancer death rates have declined since the mid-90s, and the disease is nearly 90 percent curable for younger women when caught in the early stages. But the prognosis for women with later-stage cancers is still difficult.

HER2 makes up about a quarter of all breast cancer cases. This type of cancer — HER2 stands for human epidermal growth factor receptor 2 — is particularly aggressive and grows and spreads rapidly.

About Her, made with the help of Rethink Breast Cancer, follows nine young women diagnosed with HER2 cancer, from diagnosis to treatment and recovery. The film is narrated by Canadian actress Kim Cattrall through her readings from a blog written by Leanne Coppen for Chatelaine. Coppen was diagnosed with HER2 breast cancer and passed away in April 2010; she bravely documented her experience for Chatelaine at Living with Breast Cancer and inspired the blog’s readers with her bravery in the face of such a devastating diagnosis. Now her words are the backbone of the story of nine more young Canadian women and their grace in fighting this all-to-common disease.

About Her airs on the W Network at 1 pm EST on Saturday October 1 and 7 pm EST on Wednesday October 5; it will also be a part of the Breast Fest film festival in Toronto in November. You can watch a preview video here and learn more about breast cancer prevention and detection at the W Network’s site for the documentary.