Who You Callin' Hogtown? Toronto’s Hot New Restaurants Are Vegan

The highly anticipated Rosalinda is the latest in wave of trendy plant-based eateries hitting the city. 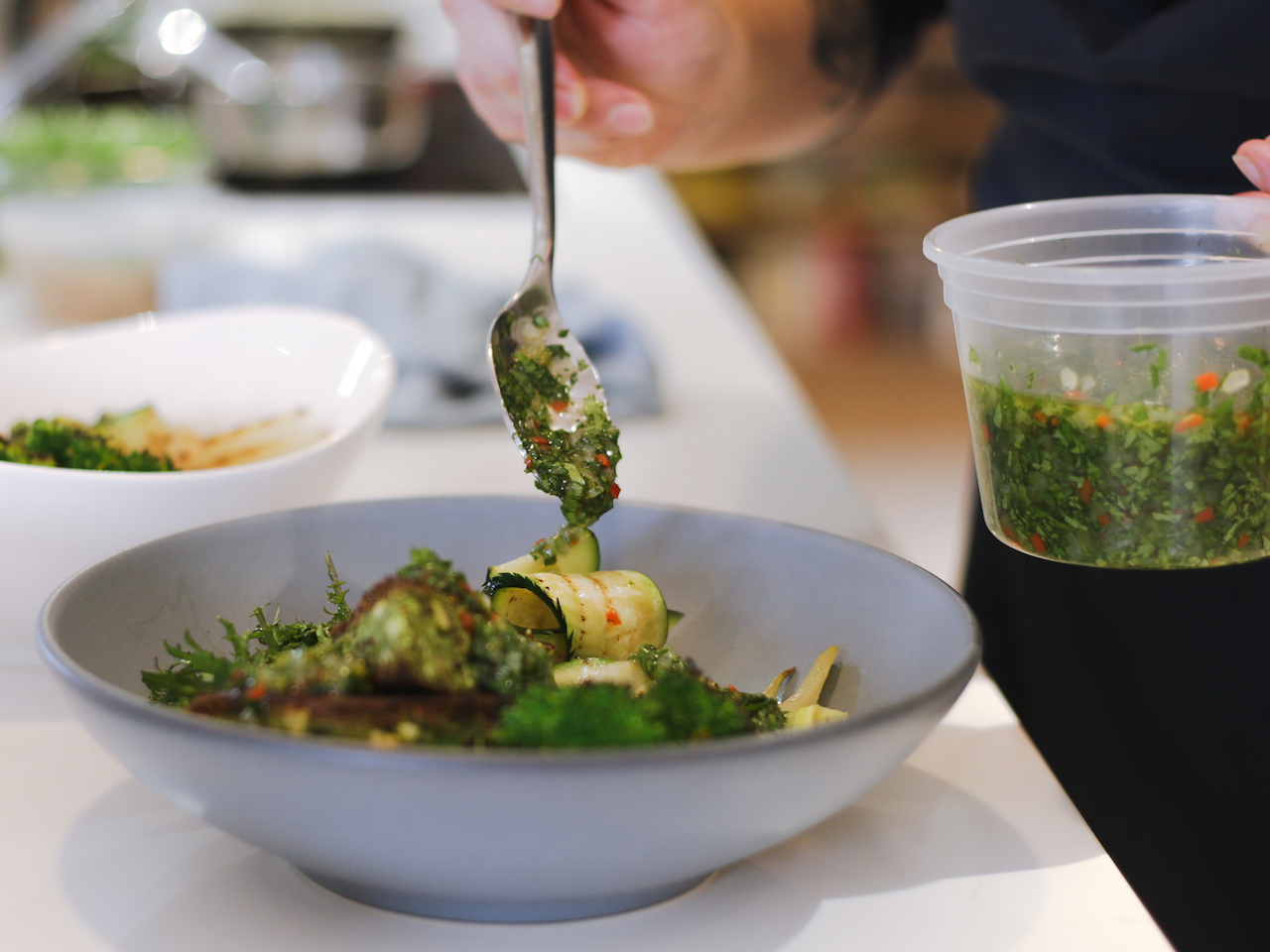 A dish being developed for Rosalinda. Photo, Alexa Fernando.

For years, Toronto restaurants were all about bacon — not surprising in a city known as Hogtown — but since late 2016, restaurateurs have made a sharp 180. Instead of serving house-made charcuterie and locally sourced meat, many of the city’s newest eateries are making veggies the stars of the plate. And now, one of the year’s most highly anticipated restaurants will offer an entirely vegan menu.


The Plant-Based Burger Might Be Better Than The Real Things

Their new baby will feature a “plant-based” menu of Mexican and Baja cuisine by Toronto chefs Kate Chomyshyn and Julio Guajardo. According to a news release, dishes will include jackfruit pibil (jackfruit is a common veggie substitute for pulled pork), Tijuana-style broccoli, spicy carrots in mole and Japanese eggplant marinated in salsa macha.

When I get asked, “What do plant-based people eat?” I show them this! #PlantaBurger 🌱🍔

While Rosalinda’s forthcoming opening is making headlines, it’s just the latest trendy, veg-friendly spot to open in the city. In the fall of 2016, Planta, in Toronto’s Yorkville neighbourhood, was the first high-end vegan — er, plant-based — restaurants to open in the city. Awai, from chef Nathan Isberg, soon followed. In September last year, a Planta offshoot called Planta Burger opened (a Miami location is coming soon), and in December, chef Doug McNish opened the fully vegan Mythology Diner, a Riverdale-worthy old-school diner in Parkdale. It’s just across the street from vegan junk-food emporium Doomies.

The Hogtown Vegan, which serves Southern-style comfort food, is a local mainstay and recently opened a second location. Vancouver-based vegan pizzeria and ice cream parlour Virtuous Pie will make its way to Toronto this spring.

If you’re not in the GTA or prefer to cook at home, check out Vegan It!, Chatelaine’s vegan recipes video series with Lauren Toyota on YouTube.