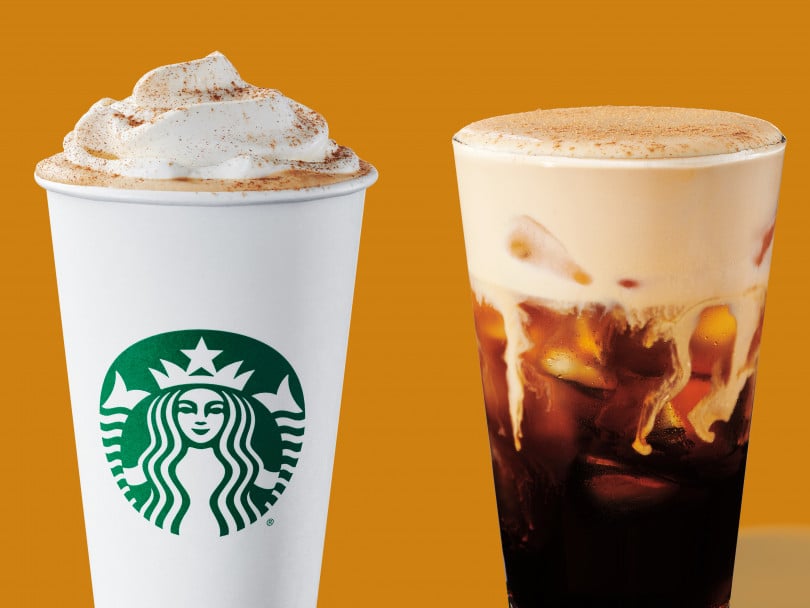 In the 21st century, there’s only one way to mark the turn to the harvest season, and its name is pumpkin spice.

Starbucks ushered in the modern phenomenon 16 years ago with their limited-edition seasonal drink, the Pumpkin Spice Latte. This year, the PSL dropped on August 25, making this the corporation’s earliest declaration to date that fall is upon us. Though Starbucks-branded #PSL dominates, the pumpkin spice phenomenon is hardly restricted to one company or product. Many, many other brands have gotten on board, and from August until sometime around Christmas, you can liberally pumpkin spice up your life with candles, dog chews, deodorant, cough drops, lip balm, pizza, and more.

Why is this happening? How did we get here? Turns out, the story of pumpkin spice is like a recipe for America itself: a strong dose of colonialism, a dash of nostalgia, and, naturally, a final, dominant flourish of convenience-oriented consumerism.

The potpourri of spices now known as “pumpkin spice” is almost identical to the British spice medley “mixed spice” or “pudding spice.” Proportions and ingredients vary, but both mixes are generally some combo of cinnamon, nutmeg, cloves, ginger and allspice.

And yet pumpkin spice has become a peculiarly American phenomenon. Original to North America and one of the world’s oldest domesticated plants, pumpkins have been used in Indigenous cooking for centuries, with one varietal traced to Mexico as far back as 7,500-5,000 years ago. To colonizers of the continent, however, the bright, rust-coloured globes were an appealing novelty. In his Description of the New Netherlands (1655), Adriaen van der Donck notes that “The English, who are fond of tasty food, like pumpkins very much and use them also in pies, and know how to make a beverage from them.”

British colonizers keenly dosed the staple crop of the “new world” with some of the spices they’d acquired a taste for in previous fits of colonial expansion. The first evidence of pumpkin-pie-like spicing appears in what is widely considered the first U.S. cookbook, American Cookery (1796). Amelia Simmons—identified only as “an American orphan”—details a recipe for a pie dish called “Pompkin” with “sugar, mace, nutmeg, and ginger” in one variation and “molasses, allspice and ginger” in the other. No cinnamon, but as a pumpkin spice antecedent, we’ll allow it.

Why pumpkins and not, say, butternut squash?

Over the next century or so, Americans continued to eat and cook the native squash. All things pumpkin grew into a symbol of rustic, rural Americana—none more so than the sweet, dairy-filled, spiced pie.

In her book Pumpkin: The Curious History of an American Icon, Cindy Ott points out that the link between pumpkins and American rural life didn’t always have positive connotations. Whereas squash was branded as an urbane vegetable, pumpkins and those consumed them were were a shorthand for simple, rural or poor. A pumpkin plonks down when the fantasy ends for Cinderella, who is cast back to drudgery. A pumpkin-headed bogeyman chases gullible Ichabod Crane through the New England woods. A “pumpkin-eater” (as in: Peter, Peter), was derisive slang for someone uneducated.

In the late 19th and early 20th centuries, a wave of nostalgia for America’s agrarian past brought pumpkins and pumpkin-based baked goods back into favour, and pumpkin pie morphed into an example of proud, homegrown domesticity. A variety of pie-making shortcuts pitched at housewives made their way to the market: first stewed, canned pumpkin, then canned pumpkin pie filling, whole frozen pies, and, by the 1950s, a prefabbed mixture of “pumpkin pie spice,” eventually shortened to just “pumpkin spice.”

Am I spending too much on my #PSL fix?

Following on the heels of winter limited-edition drinks like the Peppermint Mocha and the Eggnog Latte, Starbucks was looking for a harvest seasonal equivalent. Hence Starbucks’ Pumpkin Spice Latte, born in a lab in 2003. After many months of taste-testing and local rollouts, the PSL went national in 2004. Starbucks has reported that, as of 2014, more than 200 million drinks were sold. With the drinks going for around $4 a pop, others have estimated Pumpkin Spice profits over 15 years at US $1.3-1.4 billion.

Because there’s no such thing as too much pumpkin spice, the company a cold brew version in 2019, for good measure. It’s served iced, and has the same cinnamon, allspice and nutmeg flavour profile.

So, what’s the real secret to our obsession with this high-calorie autumn drink? Pumpkin is delicious. Cinnamon tastes like a sweet hug from a tree. Nutmeg and cloves and ginger? The best. There’s no use resisting its allure. Celebrate the season. Add a dash of pumpkin spice to something you love.