Starbucks Has 2 New Plant-Based Drinks. We Tried Them

The two drinks feature flavours meant to highlight almond milk and coconut milk and will be permanent fixtures on menus country-wide. 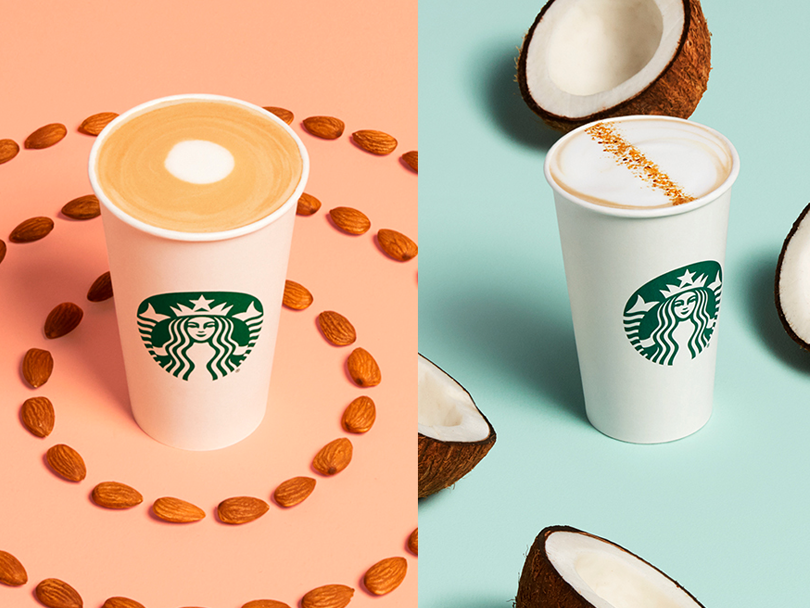 As plant-based alternatives continue to trend upward, Starbucks has dedicated its first new releases of the year to drinks without dairy. The Almondmilk Honey Flat White and Coconutmilk Latte launched on Jan. 7 and will be a permanent fixture on menus across the country as part of the chain’s new winter lineup.

You might be wondering, couldn’t you simply order a regular latte and substitute dairy milk for almond or coconut milk (both of which have been available to customers for a while now)? According to a Starbucks rep, the Almondmilk Honey Flat White is a new beverage altogether, including a pump of their new syrup, Honey Blend. The Coconutmilk Latte includes a cascara topping, made from the fruit of the coffee cherry, which offers subtle notes of dark brown sugar and maple.

Raegan Powell, a product developer on the Starbucks Beverage team, said blonde espresso was paired with almond milk because it’s lighter and a bit nuttier, complementing the almond-based milk. The real honey is also meant to highlight the almond flavour with a touch of sweetness. The majority of the Chatelaine team liked this one best, as it offered a richer flavour with a distinctly nutty, honey taste. One staffer said it might be a little too sweet, though. And keep in mind that while dairy is carbon intensive, almond production isn’t without its own environmental drawbacks—according to the Guardian, almonds are a water-intensive crop and often grown in dry climates (a large portion of the world’s almond supply comes from the formerly drought-stricken California). In other words, of plant-based milks, almond isn’t the lightest-on-the-planet option—oat milk, which Starbucks Canada doesn’t yet offer, is a more sustainable choice. (Starbucks offers oat milk at select stores in the U.S. , however, and has offered it in Europe since last year.)

According to the official press release, the beverage development team leaned into highlighting the coffee and coconut milk, opting for cascara sugar on top because it added a bit of sweetness without overpowering the beverage. Similar to the other drink, this is made with shots of blonde espresso combined with steamed coconut milk and a strike of cascara sugar. We liked the sweetness level of this one, and it certainly has a coconut flavour—but found there was a slightly bitter aftertaste. One staffer said the coconut milk made the drink slightly too watery and that she would’ve preferred oat milk, which foams better. (Hey, we just really like oat milk!) Michalis Hadjikakou, the sustainability expert quoted in the Guardian piece, says coconuts have a fairly low environmental impact and they grow in areas with plentiful water like the tropics, including the Philippines, Sri Lanka, Thailand and the Pacific—but there is an emissions cost to importing them here.

Still, if you’re looking for an easy way to order a drink off the menu that’s dairy-free and will reduce your carbon footprint—producing a glass of dairy milk results in almost three times the greenhouse gas emissions of any non-dairy milks, just remember to bring your own cup—these are simple options. Or you can continue customizing and substituting to your heart’s content.