Could meal kits like HelloFresh and Chef’s Plate help me finally win at family dinners? 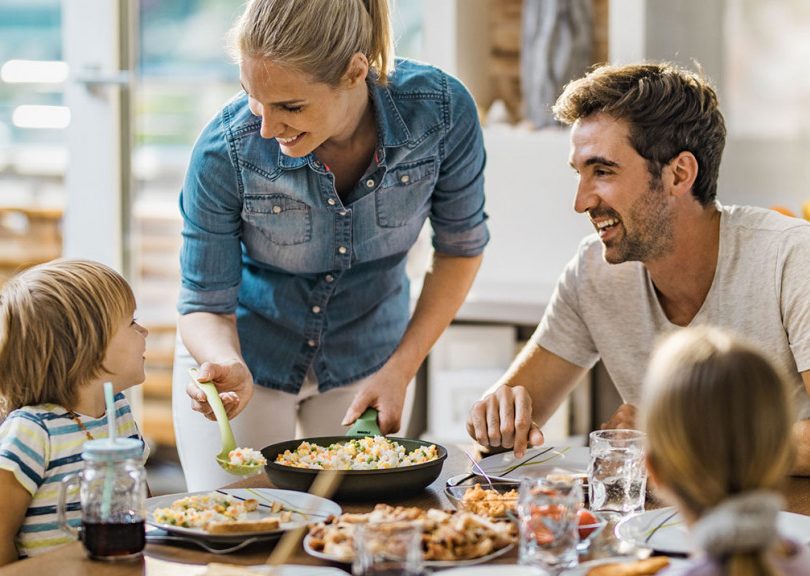 Family dinners are my parenting white whale. In the end, we are fed, often healthyishly, but the meal is usually marred by one of the following fails: a last-minute dash (or, no joke, TWO) to the store for a forgotten ingredient; one of my children feeling personally victimized by the dish’s vegetable content; or a dinner seating of roughly bedtime. Before I had kids, I rarely drank during the week. Now, wine is my sous chef.

You’re probably thinking I should just meal plan, but actually I meal plan like a mofo. Emergency grocery runs aside, my big shop happens on the weekend, so I kick off Monday with a full fridge and the week’s menu. But add two full-time working parents to two kids vying for attention and homework help, and add a dash of masochistic desire to try to new recipes, and you’ve got fresh hot chaos, served night after night. (Also, I think recipe developers might be gaslighting me. Has anyone ever actually cooked a recipe in 30 minutes?)


A mom friend who has it together more than I do turned me on meal kit delivery services. She said they were a game-changer, helping her expand her recipe repertoire and her kids’ palates. She was having fun—actual fun!—with cooking. Could this be the panacea I had been seeking? I decided to try them all and find out.

How does meal kit delivery work?

All of them work roughly the same way. You sign up for a box, most of which contain two to four meals for up to four people—sorry, families of five or more—depending on what you choose. Since the ingredients come pre-measured, get ready for lots of packaging; depending on the service, pantry staples like olive oil are not always included. While it’s always recyclable or reusable, you’ll be breaking down a lot of boxes and filling up your bin with containers. You don’t have to be home to accept delivery; boxes can be left on your doorstep or with a neighbour, and ingredients are packed in ice so they’ll keep for a few hours. Recipes, which range from 500 to 800 calories, come printed on cardstock, often with step-by-step photos, and can easily be saved to use again. While individual recipes may not contain nuts or gluten, none of the services I tried could guarantee their boxes would be allergen-free.

Another thing you should know is that these companies are aiming to get you into a long-term subscription plan, so beware of automatic renewals and make sure you know how and by which date to cancel if you’re just looking to sample the service. Most allow you to pause delivery as well, but you’ll need to be on top of the order dates, adding to your death-by-minutiae to-do list. Also, discount codes abound so there’s no need to pay full price, especially if you just want to try it out. Look on the website for introductory offers, or find a friend to refer you with a discount code. 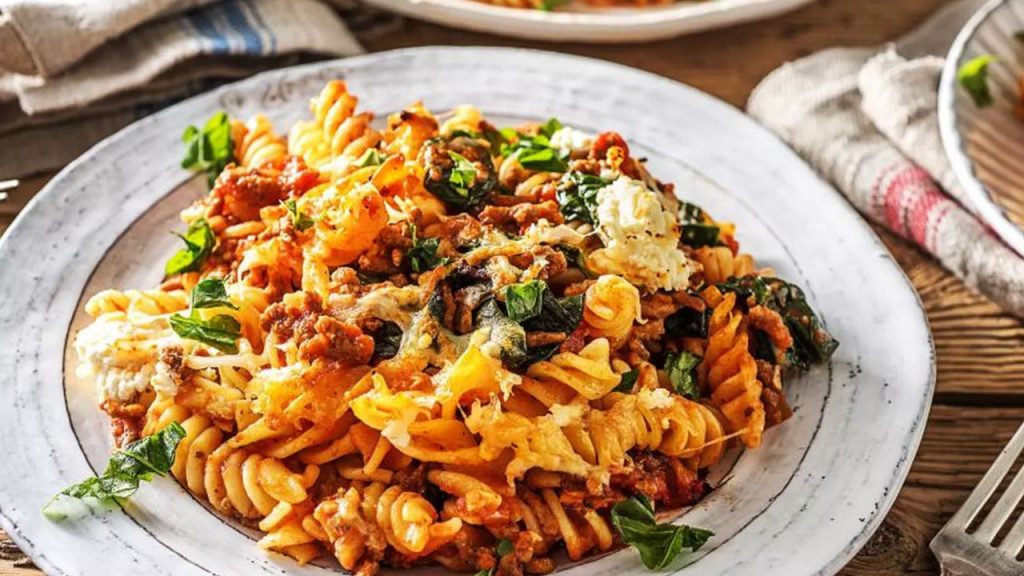 Price per person: as low as $10.83
Most popular family recipe: Fusilli al Forno

The biggest name in the meal kit world, HelloFresh promises “Instagram-worthy” dishes and has 95 percent delivery reach in Canada. It offers a family plan for four, a pronto plan of quickie recipes, and a vegetarian option, orderable either on desktop or via a very handy app. On the family plan, you sign up for three or four dishes, choosing from a slightly larger recipe pool. My whole family happily ate up the flavourful Retro Burgers but, accustomed to getting fries with that, they were hurt and confused by the salad side. Because I had to chop an onion, shallot and garlic (I don’t own the garlic press called for), it took me about 15 minutes longer than the promised 30 minutes to pull this meal together. 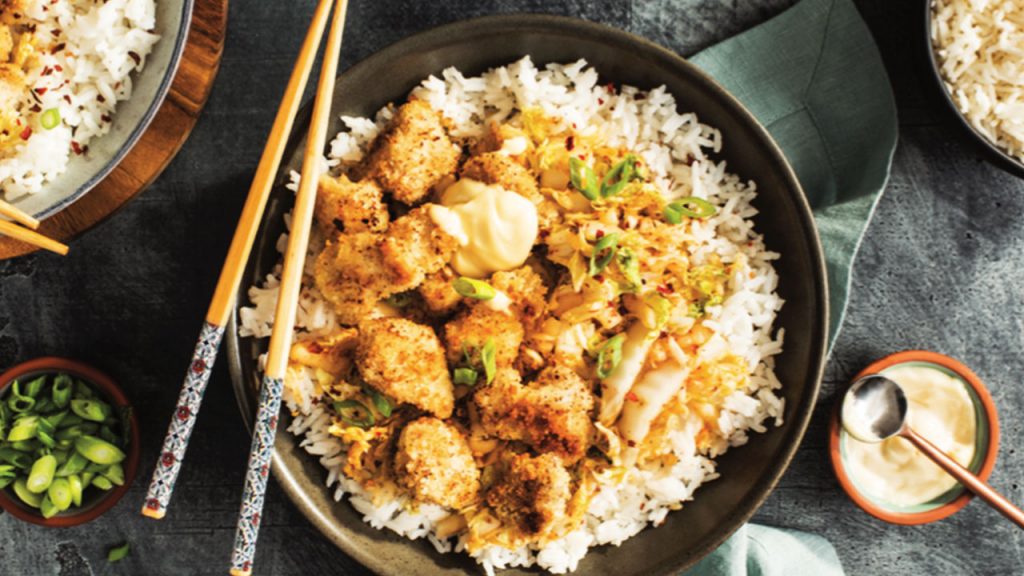 Price per person per meal: as low as $8.99
Most popular family recipe: One Pot Turkey Burrito Bowl

Unlike some of the other kits, Chef’s Plate lets you build a custom box, choosing from classic, family and vegetarian dishes, selecting from two to four recipes via desktop or app. Chef’s Plate also offers something the others do not: 15-minute meals. Could my mom fantasy of a meal coming together in under an episode of Teen Titans actually happen? The Coconut Ramen Noodles, aided by pre-cooked sweet potatoes and packaged curry sauce, was indeed done in a flash, but my kids were suspicious of the radishes and found the noodles slimy. The Asian Beef and BBQ Fried Rice, which came with pre-chopped veggies, went over better. Chef’s Plate was acquired by HelloFresh recently, but it remains to be seen how this will affect the recipe offering. It currently delivers to Ontario, British Columbia, Alberta, Saskatchewan, Quebec, Prince Edward Island, New Brunswick, Nova Scotia and Manitoba. 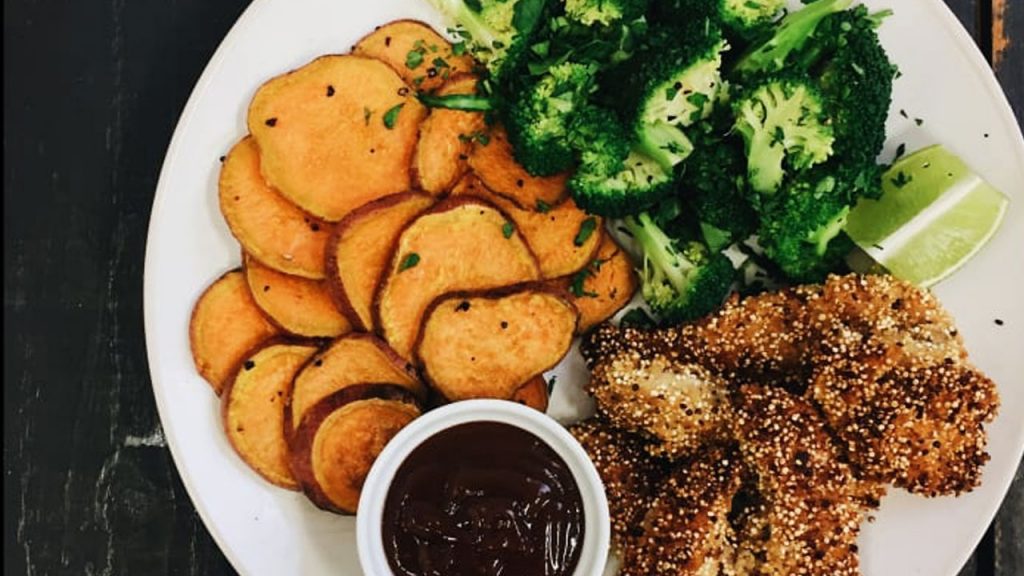 Quinoa Chicken Fingers from Cook It.

Montreal-based Cook It wants you to believe it isn’t just a meal delivery service, it’s a lifestyle, complete with a magazine-like welcome guide to indoctrinate you into a world of effortless family dinners. Obviously I would soon be whipping up sophisticated meals together with my stylishly rumpled children. Cook It asks you to choose up to seven weekly meals from its rotating list of 10 recipes, and you can order for up to six people—the only meal delivery service I reviewed willing to feed a larger crew. Its dishes were the most appealing to me, and the Crispy Pork Orecchette was deeply satisfying and took just over the promised 30 minutes. My children, however, were not one bit chic as we ate, and one even burped. Cook It also has an online pantry service so you can add staples like fruit, yogurt and butter to your order. You may never need to darken the door of No Frills again. 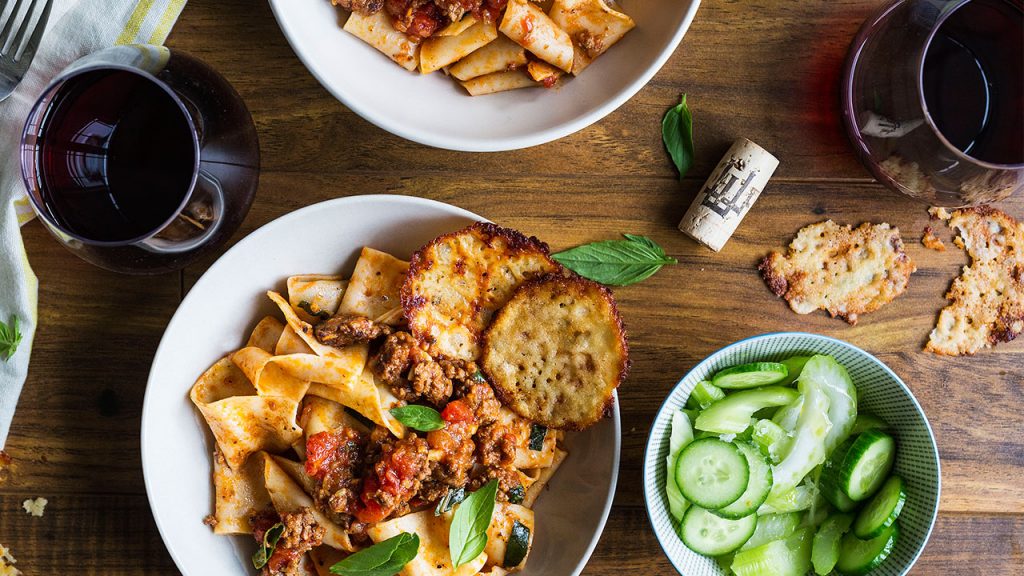 Pappardelle a la Bolognese with Parmesan Crisps from Good Food.

Price per person per meal: as low as $8.75
Most popular family recipe: Pappardelle à la Bolognese with Parmesan Crisps

I have one kid who’s adventurous and another who would gladly eat mac and cheese from a box every day, so there’s rarely consensus around the table. With some minor adjustments to the recipes, I was golden with all three of the family meals I made from Good Food: Apricot-Glazed Pork Skewers, Ground Beef & Zucchini Taquitos (I served the zuc on the side) and Parmesan-Panko Crusted Chicken, although they all took me longer than promised. While the kids ate up the food, I ate up the fact that with sign-up, I got an email with direct links telling me how to skip a week, change plans, etc. so I didn’t need to spend time searching the site. Good Food, which says it’s Canada’s #1 meal kit company, currently delivers to Quebec, Ontario, Manitoba, Saskatchewan, Alberta, British Columbia and the Maritimes.

Did meal kits bring kitchen harmony to my household? In short, no. But that’s not to say they won’t work for you.

If you detest meal planning, kits take care of all that—just browse, click and you’re set, at least until you have to start cooking. You can feel good about the high quality and responsibly sourced ingredients, although they definitely cost more than if you shopped for them yourself. And since you get just the amount you need, you’re not wasting food. Kits also save you time at the grocery store, but since kids also seem to expect breakfast and lunch, you’ll still be hitting the market. But if you’re in a recipe rut, or missed cooking day in Adulting 101, meal kits will help.

But my main problem is time, or rather lack of it. I want healthy, homemade dishes but in fast-food time. For most meal kit delivery, you’re still on the hook for chopping, which unless you have serious knife skillz, is a time suck. And the new recipe factor means you’re always stopping and starting; I’m faster making the recipes I can anticipate my way through.

Perhaps the real key for gong show households like mine is not more variety but less. You know how to make it, you know the kids will eat it, and you can stock up on the ingredients so you’re spending less time at the store. We’ve already got #MeatlessMonday and #TacoTuesday—just three more weeknight dinners to go.

This piece was published in January 2019. It was updated December 2019.