5 Ways To Keep Your Bread Fresh

Prevent staleness, mold and the dreaded rubbery crust with these simple tips. 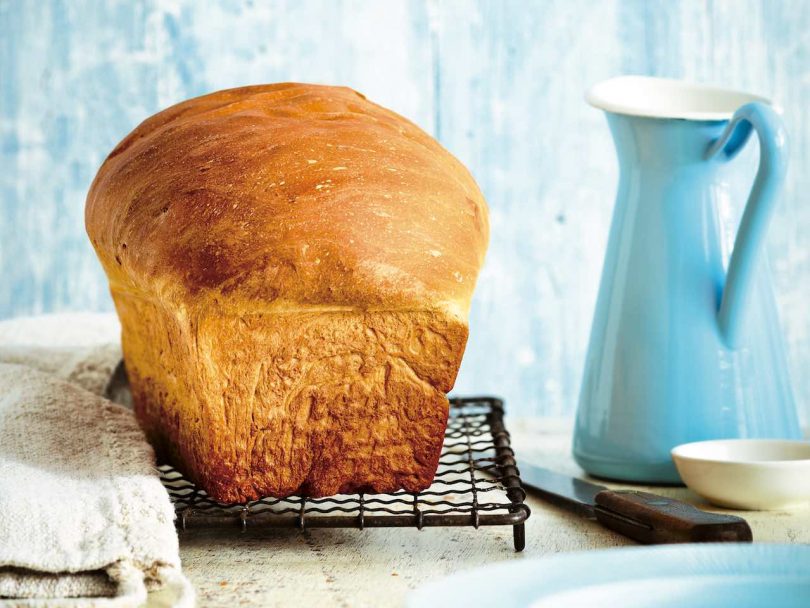 The truth is that baked goods are at their prime the moment they come out of the oven—especially bread. As soon as your loaf begins to cool, its quality begins to diminish. If you plan on baking homemade bread, be sure to time it so it can be enjoyed as soon as it comes out of the oven. But even if it’s from the grocery store or your local bakery, you can extend bread’s lifespan with a little science—and some storage know-how.

1. Stale bread is caused by time and air exposure

There are two main culprits of stale bread. The first is a chemical change with a particularly fancy name: starch retrogradation. As soon as bread is removed from the oven, the structure of the starch molecules changes and they begin to crystallize. This crystallization forces water out of the bread and the result is a nasty staleness. The second contributor is a loss of moisture due to air exposure. Hint: Once it’s cool, wrap it up (more on that below).

2. Storing bread in the fridge preserves it, but at a price

Starch retrogradation occurs most rapidly at refrigerator temperature. The fridge, therefore, is one of bread’s prime enemies. Even still, there’s one benefit to refrigerating a loaf: it delays the development of mould.

3. Storing bread in the freezer prevents bread from going stale

The icy temperatures of your freezer arrest starch retrogradation, holding the bread in a stable state. To get the most out of your bread, freeze it as soon as possible after baking and cooling, and consume it equally as fast after thawing. Note: The bread needs to be thoroughly wrapped in plastic, and it’s also a good idea to slice it into portions prior to freezing.

Room temperature is ideal for maintaining proper crumb and crust texture. But in addition to proper temperature, you also need to manage your bread’s air exposure—which is done with proper wrapping. The plastic bag is often criticized for trapping moisture—which can speed up mould development—but this truly depends on the type of bread. For common store-bought loaves with tender crusts, plastic bags are just fine. Hard-crusted breads should be kept in paper bags (or, how they’re packaged at the bakery). As a loaf dries, the moisture that is pushed out of the bread is absorbed by the hard crusts, turning them tough and rubbery.

5. A partially stale loaf can be refreshed

This can be accomplished by heating it in the oven. Heating it in the oven for a few minutes will help to draw the moisture out of its crust and enhance its quality. The loaf should be consumed immediately afterwards. Try these recipes for classic sandwich bread, cinnamon raisin swirl bread, and gluten-free multi-grain bread to test these methods.