It's Almost Fiddlehead Season! How To Cook This Springtime Veggie Properly

Fiddleheads are a Canadian delicacy, but undercooking them can lead to food poisoning. 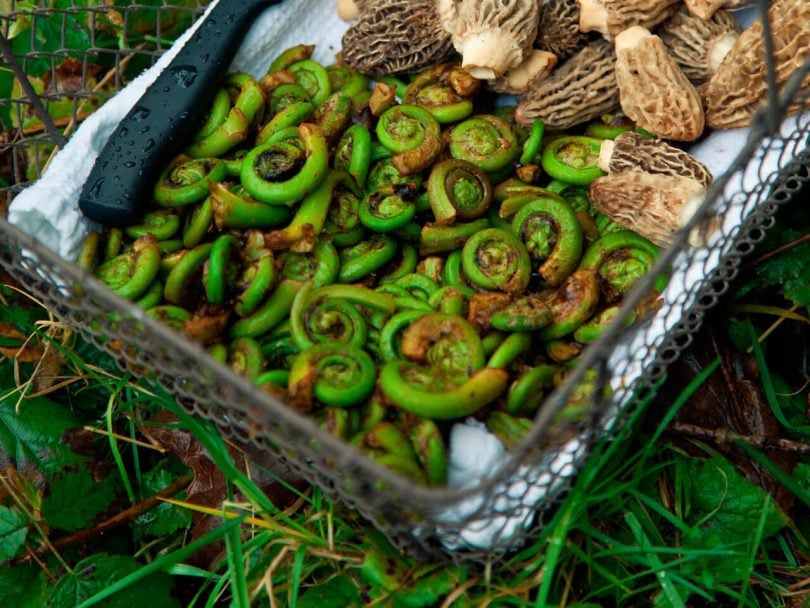 The fiddlehead season is short, so get 'em while you can! Photo, iStock.

Fiddlehead season is short, so when you see the adorable green curlicues at your grocery store or farmers’ market, buy them while you can. Before chowing down on these little springtime delicacies, there’s a few things you should know first since fiddleheads can cause food poisoning if they’re not cooked properly.

These tightly curled coils are ostrich fern fronds. They start appearing in late April and early May in Ontario, Quebec, Nova Scotia and New Brunswick and are usually found in forests, marshes and by rivers and streams. Taste-wise, fiddleheads, which are popular amongst food foragers, are often compared to asparagus and artichokes. They’re packed with nutrients, including omega-3 fatty acids, antioxidants, vitamin A, vitamin C and are a good source of fibre.

How to cook fiddleheads

Health Canada urges Canadians to never consume raw or undercooked fiddleheads since these spring greens have been associated with cases of food poisoning. Here are its recommendations for properly preparing fiddleheads:


Swap out asparagus for fiddleheads in bright, springtime recipes such as our simple asparagus stir-fry, veggie-packed squash sauté and a filling breakfast-for-dinner omelette. Or, let your fiddleheads star in a seasonal barley risotto. Just clean and cook them before using fiddleheads in your fave asparagus dish.

This piece was originally published in 2017 and updated in 2022.