What Is Going On With Grocery Costs? 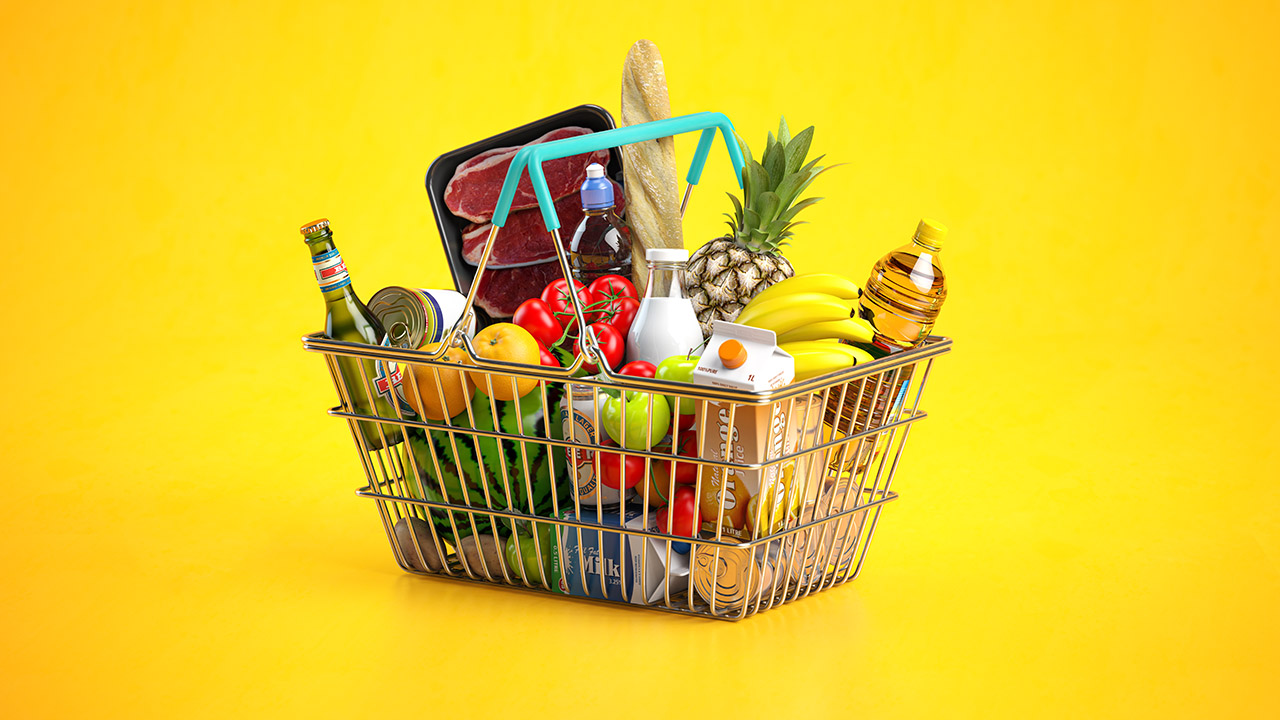 If you’ve been looking at your grocery store receipts lately thinking “how can this possibly be so expensive,” you’re not alone. The price of food has gone up once again this year, building on years of increases.

So, what is going on with food prices? Here’s the dirt on why groceries are now so expensive—and what’s going to happen in 2022.

How expensive is food in Canada?

According to the latest Canada Food Prices report, which is released annually by four universities across the country, a year’s worth of groceries for a family of four cost $13,801 in 2021—up 5 percent from the year before. That’s following a long trend of food getting more and more expensive: a cart of groceries costs a whopping 70 percent more in 2021 than it did in 2000, according to the report.

Meat, dry goods, and dairy had the largest rises this year, at 9.5%, 5.3%, and 5.1%, respectively. “For 2021, meat was the big story,” says Sylvain Charlebois, director of the Agri-Food Analytics Lab at Dalhousie University and chief researcher on the report. Meat rose so fast it even inspired a new term: “meatflation.”

There was one piece of good news. Vegetables actually dropped by 2.1 percent, thanks to the Canadian dollar being worth more, making overseas vegetables less expensive, and to good harvests internationally.

What percentage of our incomes are going to groceries?

Food prices have risen almost three times as fast as incomes, leaving Canadians spending more and more of their budgets on food. Higher-income households may be annoyed by rising food prices and have to cut out other wants to accommodate spending more on it—or they might switch to lower-cost items like name brands, foods on sale, or eating less meat.

Low-income Canadian households, however, already spend 15 percent of their income on food, about twice as much as high-income Canadians spend, according to the Food Prices Report. They simply might not have the wiggle room to find more money for groceries. “People with limited incomes are budgeting to the last dollar,” says Richard Matern, director of research at Food Banks Canada.

“Incomes are simply falling behind,” says Matern. “It’s the perfect storm: you have these rising food costs, you’ve got housing costs, which have not abated, and then you have low incomes, or stagnant incomes.”

That means lower-income Canadians are more likely to suffer from food insecurity as a result of rising costs. According to Food Bank Canada’s 2021 HungerCount report, one in eight Canadian households used a food bank or got free food from another community organization last year. Single-parent households and kids are also overrepresented at food banks, as are people from Indigenous and racialized communities. And people on social assistance or with disabilities make up more than half of food bank users.

Why do prices continue to rise?

One of the top reasons for the increased costs is the climate crisis. The extreme weather of this year hit farmers hard: Droughts in the Prairies meant grain harvests were smaller, affecting both the grains used for human consumption and those fed to livestock. And the smoke from wildfires in B.C. damaged fruit plants, like blueberries, peaches, grapes, which made for smaller yields and unusable fruits.

It’s expected that continued extreme weather, including heat waves, will make vegetables and bakery foods more expensive next year, and continue to increase food prices in the longterm as well.

Another wild card this year was COVID-19. Supply chain issues, including maritime transportation issues, like container ships being delayed, and increased transportation costs led to empty shelves in grocery stores and higher costs. It’s a main reason dairy prices jumped this year, for example. These issues are expected to continue into next year, and continue to increase prices.

What will happen next year?

Next year, groceries will only get more expensive. The Canada Food Prices report projects that the price of food for a family of four will rise again by almost a thousand dollars a year—the biggest jump in the report’s 12-year-history. And they’re not expected to go back to what we’re used to.

“People ask me, are prices going to drop anytime soon? No,” says Charlebois. Instead, grocery costs consuming larger parts of our budgets is going to be the new normal — much like it was in the 1970s, when people spent between 15% and 17% of their income on food.

“We have to change our expectations as consumers,” he says. “I think we just ended 30 years of cheap food, and the era of cheap food is over.”