Why Pre-Recipe Stories On Food Blogs Are Worth Reading

The Internet's distaste for scrolling through stories before recipes reveals an uncomfortable truth about how we value recipe writing and food-related storytelling in general—which is to say, we don't. 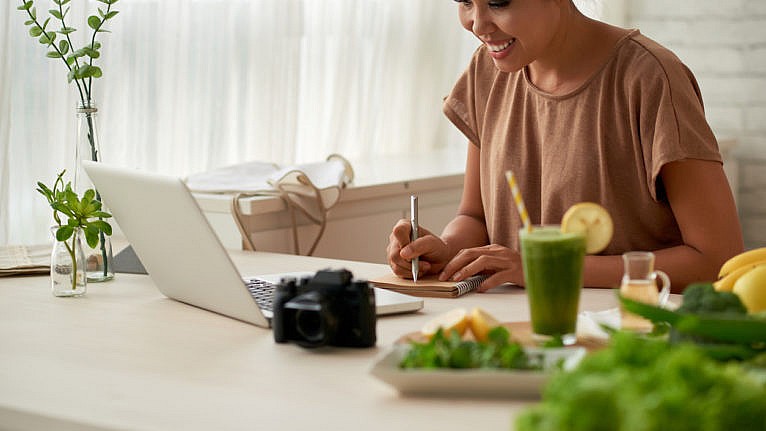 One of the most annoying and repetitive complaints I’ve seen go viral on Twitter is that the stories before recipes on food blogs are just too long. People hate these stories for being seemingly unnecessary or stilted, for sometimes being littered with ads, or for simply getting in the way of the step-by-step instructions on cooking they’re looking for.

Like most things on Twitter, this complaint has people divided: while some people want nothing more than a cut-and-dried procedure, others have pointed out that it’s unreasonable to gripe about free content. But the general distaste for scrolling through stories before recipes reveals a larger, more uncomfortable truth in how we treat recipe creation and food-related storytelling in general—which is to say, often without care for or interest in the labour that goes into it.

In 2020, the Washington Post reported on the “swift and overwhelming” negative response Mindy Kaling received from some food bloggers after she publicly complained about the stories that accompany recipes. This storytelling technique is one way food bloggers prime their websites for SEO, which encourages more web traffic their way, ultimately earning them money through ad revenue.

Personally, I don’t mind this at all, and I’m not sure why anyone else would—if I’m getting a recipe for free, I don’t care if a creator throws in an ad or has an SEO-savvy write-up. It’s worth remembering that chefs, food bloggers, and recipe developers are pursuing a creative endeavour that is as much for them as it is for anyone else, and in order to sustain their work, sometimes it needs to be monetized.

Pre-recipe stories are also more than just about money. If you take the time to read them, you can pick up cooking tips and techniques that help you achieve the best version of your dish, as well as swaps for ingredients you don’t have or can’t use. I often scan them for instructions on properly preserving leftovers, which I almost always end up doing as someone who cooks a lot, but lives alone. If you’re trying a recipe for the first time, don’t skip the preamble—especially if you still consider yourself a novice in the kitchen.

Pre-recipe storytelling is also about more than teaching us how to cook: it keeps readers from separating people’s hard work from their recipes. When we search for a recipe, we’re often looking for a list of ingredients and an easy-to-follow set of instructions, not the backstory of how that dish came to be or who developed it. There’s nothing necessarily wrong with that—sometimes we simply don’t have the time—but when we create such a transactional relationship between ourselves and the food-related content that we enjoy, we miss the fact that there are people who have put hours into testing, perfecting, and sharing a recipe with the world.

Afia Amoako, the creator of the blog The Canadian African, says a single recipe can take her anywhere between three full working days to three weeks to develop. Amoako, who is also currently a full-time PhD student, ensures each of her recipes is backed up with careful research, but that’s only the first step. “I’m not only a researcher. I’m also the person testing [the recipe], the photographer, the designer, the editor,” says Amoako. “Switching from one hat to another is also time you have to think about.” In a way, recipe creation can be considered a labour of love given how easily recipes can be misattributed or fully reposted without credit by other social media accounts farming for engagement. Engaging enthusiastically with creators’ original recipes and recognizing that their stories are the culmination of hours—if not days—of work is an easy way to support them and acknowledge the labour that goes into recipe development.

Another reason why storytelling matters when it comes to recipe development is that the stories attached to food-related content can help diversify food media, a field that is still notorious for racial inequality. When we divorce all background information about a dish from a recipe, we play into an already unfairly stacked system that buries the hard work of racialized cooks, recipe developers, and content creators. Dishes prepared by people of colour often don’t go viral in the same way as “feta pasta,” the (frankly revolting) dish that took over social media in 2021, or the “green goddess salad” recipe that made it onto the Today Show earlier this year. When dishes rooted in non-Western cuisines do gain popularity, they often aren’t connected back to their origins, and white creators’ own interpretations of the recipes tend to gain more views than the original video itself.

“A lot of people who are following my page have little to no idea of what West African food is, so I always use that opportunity to introduce people to the culture,” says Amoako. People of colour in food media should feel encouraged to take up space and, if they feel comfortable doing so, to tell any personal or cultural stories they may have in relation to their recipes—we must also hold ourselves accountable to engaging with, listening to, and sharing those stories.

The swiftness of platforms such as Instagram and TikTok has enabled a new level of impatience when it comes to how we consume media online, and food videos have not been spared in the demand for quick-bite content. By slowing down to respect the work that goes into recipe creation, we might find transformative voices in food-related storytelling—and actually learn something in the process.