The Next Rosé? Everything You Need To Know About One Of The Trendiest Wines 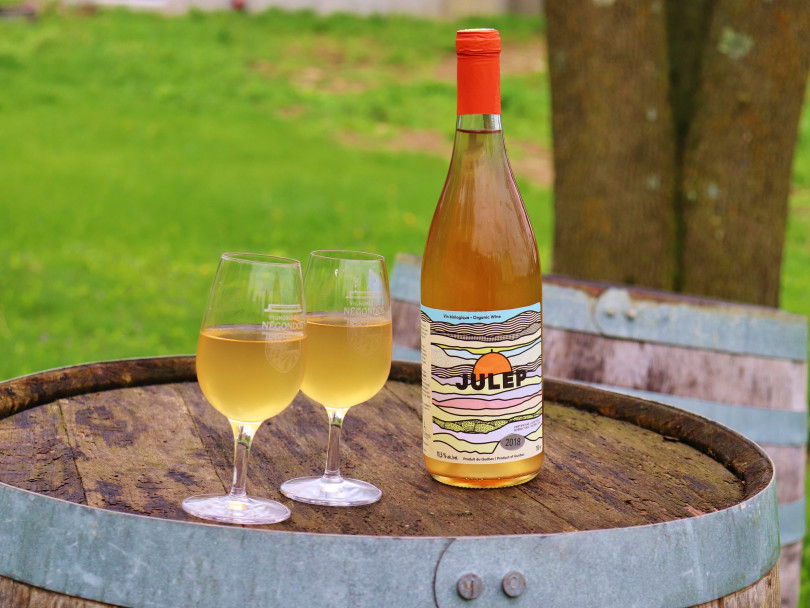 Also called “amber wine” or “skin-fermented white wine,” orange wine has become increasingly popular in the last few years. Despite its current trendiness, there’s still a lot of mystery surrounding orange wine. What is it? Is it made from oranges? Is it a cocktail? What does it taste like?

Here’s everything you need to know.

What is orange wine?

Despite its name, orange wine isn’t made from oranges—it’s made from grapes.

In other words: orange wine is a white wine made like a red wine.

Rosé can be thought of as the inverse of orange wine—it’s made of red grapes, with the skins filtered out before fermentation.

Though many North American wine drinkers are only now hopping onto the orange wine train, orange wine has been made for thousands of years. Modern orange winemakers look as far back as Bronze Age-era Georgia, (the country, not the U.S. state) for inspiration.

Wine writer Natalie MacLean describes the flavour profile of orange wine as nutty and tea-like, which comes from the extra oxidation of the wine making process. “They’re often far more robustly flavoured than white wines,” she says. “Because of that, they pair well with a lot of foods.”

According to Kasra Khorramnejed, the sommelier at Aprés Wine Bar in Toronto, the skins of the grapes carry a lot of aromatics and flavours that are lost in more conventional winemaking. Like other skin-contact wines, such as conventional red wines, orange wines have a rich, spicy tang that can taste slightly like beer. There is no one definitive “orange wine taste”—it all depends on how long the grapes were left to ferment with the skins. But, typically, more contact means a richer flavour.

How do I drink orange wine? What do I pair with it?

According to Nicole Campbell and Krista Oben, who host monthly natural wine education events in Toronto as the Grape Witches, orange wine is best when you serve it a bit less cold than you would a typical white wine. There’s no need for an ice bucket. “The warmer it is the more of its personality will come through.”

Orange wine has the acidity of a white wine with the body and structure of a red wine, which means it pairs well with a wide range of foods. Campbell and Oben suggest pairing orange wine with strong flavours. “Often, orange wine is made from aromatic grape varieties like Muscat and Gewürztraminer; these have sweet smells and flavours, but are bone dry and savoury. This super-special combination makes them amazing with any spicy food.” 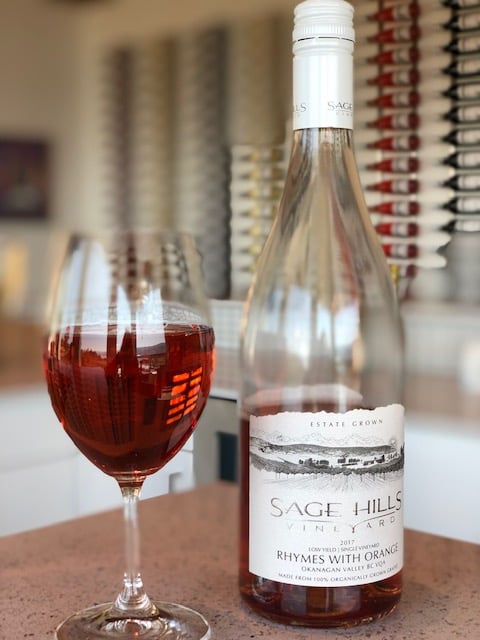 Why is it trendy now?

Khorramnejed believes that the recent trendiness of orange wine is no different from fashion trends: “They say ‘fashion always repeats itself,’ and it’s the same with wine. Every time we go back to our roots or traditions, we find old things that seem new to us.”

Another explanation for orange wine’s recent popularity is the wine’s connection with “eat local” and organic food movements. MacLean attributes orange wine’s trendiness to interest in all things “authentic” or “natural.” “People are like, ‘don’t interfere with my wine and food! I want it in its most original, pristine, pure state,’” she says.

Where can I buy orange wine?

In stores, you are likely to find orange wine labelled as “skin-fermented white.” Though it’s possible to find orange wines at provincial chains, such as the LCBO or SAQ, they sell out quickly and quantities are very limited. It’s a good idea to buy orange wines directly from the wineries that make them. While orange wine is most prominently found from its homeland of Georgia, Italy, and other Eastern European countries, there are several Canadian winemakers who produce their own orange wines.

If you want to try out orange wine before committing to a full bottle, there are lots of great restaurants and wine bars that carry orange wine and other styles of skin-fermented wines. In Toronto, Paris Paris, Grey Gardens, Aloette, Canis and its sister wine bar Aprés, and Midfield Wine Bar and Tavern are all great options. In Montreal, there’s Bar Suzanne, Larry’s, and Joe Beef. In Vancouver, Farmer’s Apprentice and its sister wine bar Grapes and Soda, Burdock and Co., and Chambar all carry a number of different orange wines and other skin contact wines.