We loved it for consistency and price point — but guys, that was so 1990s.

Mark Coster has been fighting a battle against pinot grigio for years. As an agent with Noble Estates, he supplies wine to some of the best restaurants and bars in Ontario (Bar Raval, Edulis, La Banane and Canoe in Toronto, Riviera and Belmont in Ottawa).  Pinot grigio is the safe, default wine for many and Coster is eager to help customers expand their horizons and discover a world of whites begging to be sipped. 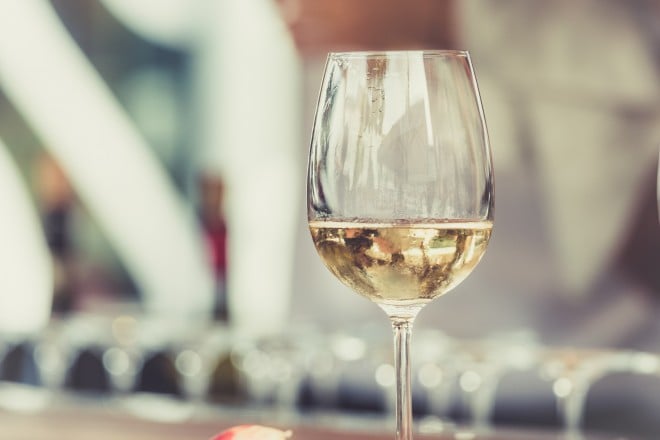 There was a time in the mid ’90s when pinot grigio was actually the best-made inexpensive white wine you could find. Stainless steel and cold fermentation had started to catch on with modern winemakers, and the Northern Italians — who were quick to adopt it — made their native variety pinot grigio famous. Pinot grigio’s aromatic, fresh style offered a welcome change from oaky chards. But now, this modern winemaking technique has circled the globe and there are many more grape varieties eager to be discovered.

“What has happened is people think that they like pinot grigio, when what they actually like is wine that’s been cold fermented in stainless steel,” explains Coster with a patience that belies his fever to get people off the ubiquitous grape. “Cold fermentation means that you have a longer fermentation and you get more flavours out of your white wines.”

“Pinot grigio was the first, and it made a very inexpensive wine better and consistent. That’s the best thing you can say about most pinot grigio — that it’s consistent.” 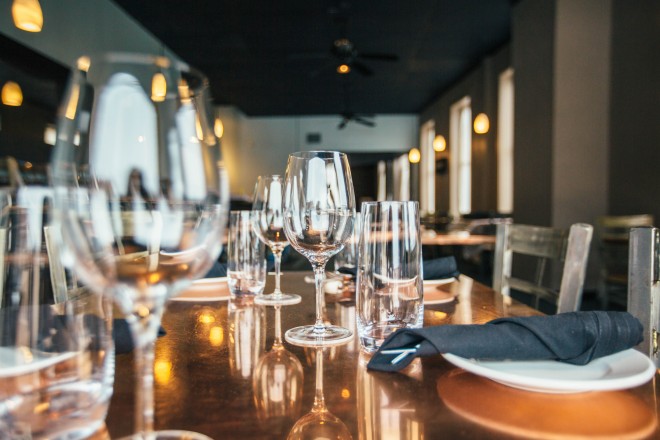 “A lot of the restaurants that I deal with will just not pour pinot grigio,” Coster says, “because it funnels their list. Because customers understand that it won’t be anything too weird or challenging and then they all order it. Some restaurants just won’t list pinot grigio by the glass, because it will sell too much, and they want to sell their other stuff.”

That being said, there are great pinot grigios out there, although they tend to be from select high altitude parcels in the north of Italy (and not usually what the PG lovers are looking for).

“The other reason I think people drink pinot grigio is because they can say it,” says Coster. “A Verdicchio Castelli di Jesi is not rolling off anybody’s tongue, and we’re not ordering it because we don’t want to seem like we’re ill-informed.”

The solution says Coster, is simple — instead of defaulting to a glass of “pinot grigio” next time you’re out, say what you actually mean, which is, “A dry, crisp white wine,” says Coster with authority. “Just take more risks with your wine order and trust the person that you’re speaking to. Hidden on every list you are going to find that wine, whether it’s from Portugal or from Greece, that gives you what you’re looking for.” 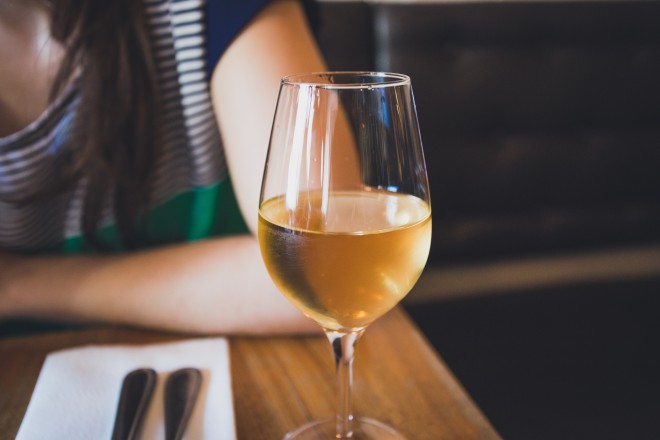 It is time to move on from pinot grigio and open yourself up to new — and dare we say better — wine experiences. We now live in a time where it has become increasingly easy to do so. Plus, your friendly neighbourhood sommelier will love you for it.

To give you a nudge, here are six other Italian white options to add to your personal wine list:

Anselmi San Vincenzo and Soave Classico: Made from the same grape, Garganega (mostly associated with the Veneto region of Northern Italy), both wines deliver classic round, bold, rich melon flavours.

Feudi di San Gregorio Fiano and Falanghina: These wines hail from the Campania region in the south of Italy, the Fiano grape tastes of citrus while Falanghina will deliver fresh, white peach notes.

Tuscan Vermentino and Marche Pecorino: Both these wines are from old vines that deliver acidic balance against round apple flavours. Vermentino is a lesser-known grape planted predominantly in the Sardenia region of Italy while Pecorino is native to the Marche region of central Italy.

Watch: How to put together an entertaining-worthy cheeseboard: