A Celebration of Canada’s Cocktail, Plus Two Amazing Caesar Recipes To Try

With sweet, savoury, spicy and sour notes, the Caesar is a true culinary cocktail—and more adaptable than you think. 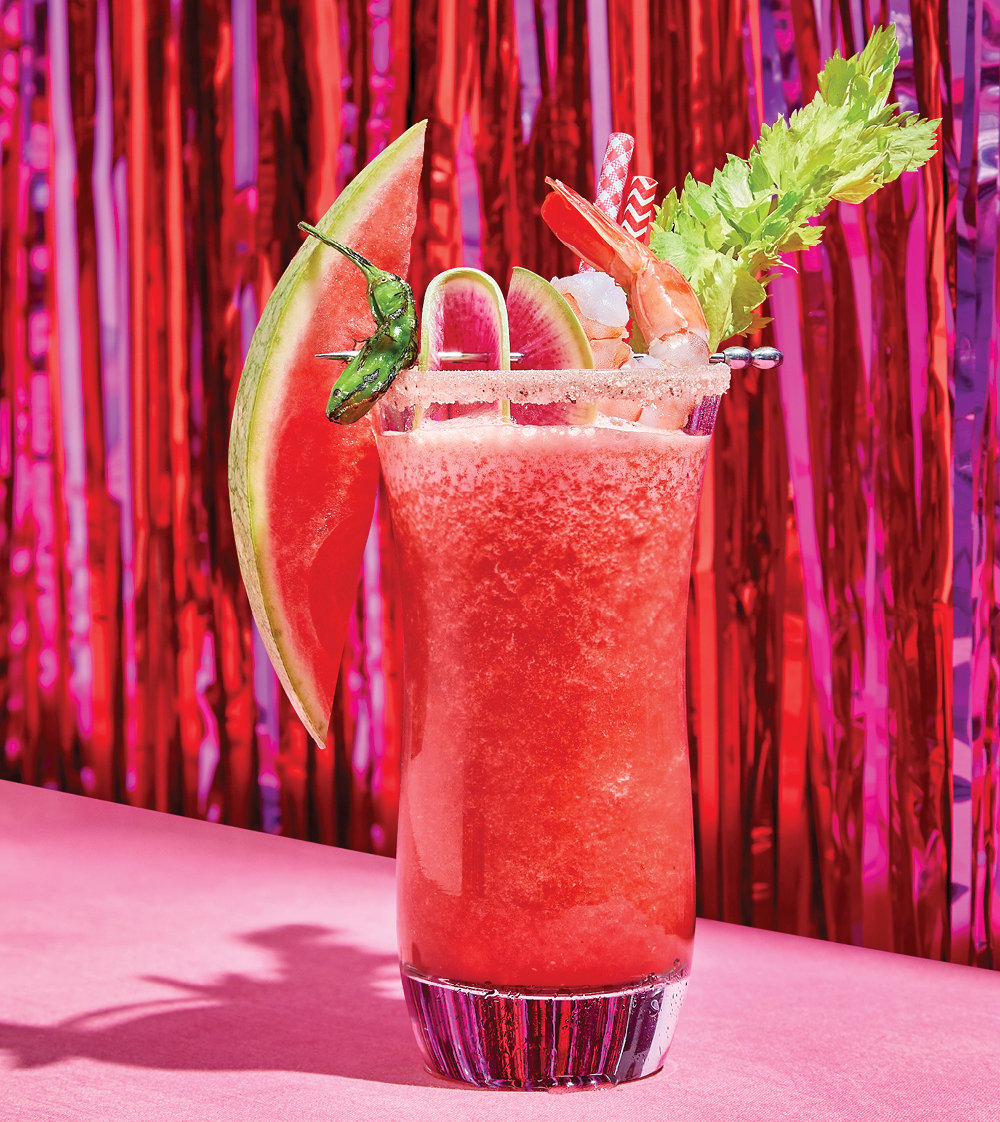 The Chatelaine Caesar was created for us by Christine Sismondo, and features vodka, mix and more from Canadian brands with women at the helm. (Photograph: Produced by Sun Ngo. Photography by Christie Vuong. Food Styling by Ashley Denton. Prop Styling by Catherine Doherty.)

Fifty-three years ago in Calgary, a Canadian icon was born: the Caesar cocktail. Walter Chell, a bartender at the Owl’s Nest Bar at the Calgary Inn (now known as the Westin Calgary), created the savoury drink to celebrate the opening of Marco’s, the hotel’s new Italian restaurant. Chell, who was born in Montenegro and lived in Italy and Switzerland before moving to Canada, took inspiration from spaghetti alle vongole (spaghetti with clams) for his concoction of vodka, Worcestershire sauce, mashed clam “nectar,” tomato juice, celery salt and oregano over ice. Customers took to the cocktail immediately; Chell reported that an especially pleased British customer added the “Bloody,” which sometimes appears in the name.

When Chell created it in 1969, the Caesar resembled existing popular cocktails such as the Bloody Mary and the Clam Digger, both of which are based on the vodka– tomato juice combination. But with some help from the food company then called Duffy-Mott—which started selling canned Clamato juice in the late 1960s—the drink became a cross-country staple over the next few decades. A recent figure from Mott’s Clamato, the largest Caesar-mix retailer in North America, estimates that, today, Canadians drink about 400 million Caesars a year. That’s not surprising, since you can find one on any bar menu in any part of the country.

As the Caesar has evolved over half a century to include hot sauces, elaborate garnishes and complex spice mixes, so, too, has the nation that made it. Multiculturalism and increased mainstream awareness of Indigenous foodways have left a lasting impact on the culinary and beverage landscape of the country. And decades of research on climate change has led to some alterations in how we think about sourcing ingredients and reducing the carbon footprint of our food and cocktails. A Caesar made under these influences might include seasonal vegetables, homemade pickles, preserved local meat and ethically sourced spices.

For their new book, Caesar Country, authors and Walter Craft Caesar co-founders Aaron Harowitz and Zack Silverman travelled across Canada looking for innovative, local takes on the drink. Among the hundreds of recipes they collected are Caesars featuring Arctic berries from Nunavut, a fresh P.E.I. oyster garnish and a candied salmon skewer from B.C. These approaches are a natural evolution of the creative spirit shown in Chell’s original: In a 1994 Toronto Star interview, he attributed the Caesar’s success partly to his own “international view” on Canadian food and drinks.

Harowitz and Silverman call the Caesar a “culinary cocktail” because it comprises savoury, sweet, spicy and even sour elements.

“The types of spirits you can make a Caesar—or a virgin Caesar—with are so wide, while still ultimately being a Caesar with a tomato and a clam component. So everybody can customize [and] tailor their cocktail to their own preferences,” they say. “It’s a unique cocktail for that reason.” (Ryan Reynolds, who contributed a recipe to the book, swaps out the vodka for gin.)

Indeed, a Caesar is endlessly adaptable. “There’s no one right way to make one. There are lots of different versions,” they say. “We hope people continue to experiment, to do that trial and error thing, to come up with really new, innovative ways to make drinks.” 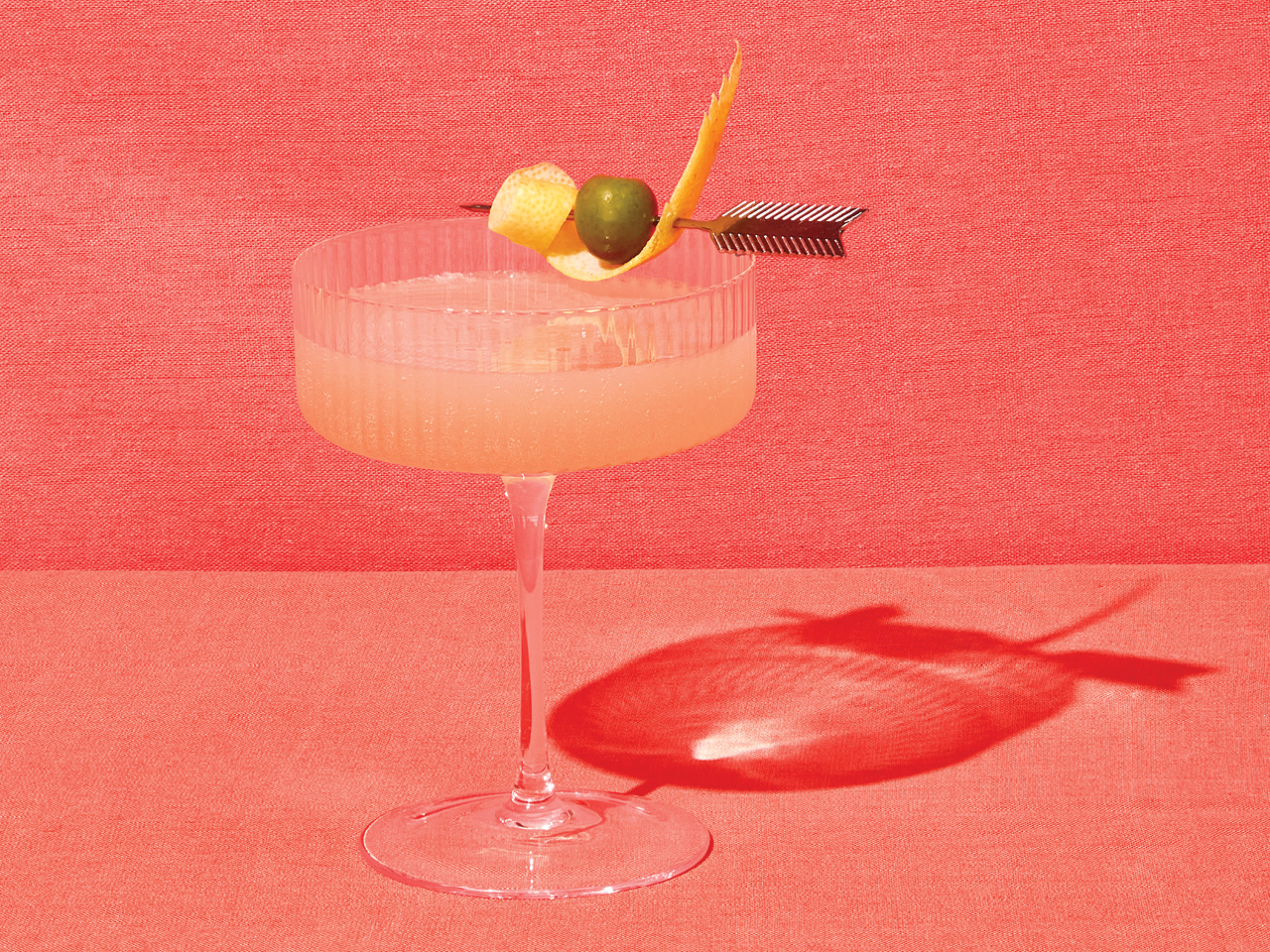 Ryan Reynold’s Crescent Caesar: “It’s one of the first drinks I’ve ever had. We lived on Crescent Avenue, hence the name.”

The recipe for this version of the quintessential Canadian cocktail was created by Ryan Reynolds and featured in the new book Caesar Country. Get Ryan Reynold’s Crescent Caesar Cocktail recipe here.

This unconventional take on the Canadian classic uses fresh watermelon and a vegan Caesar mix. Get our Chatelaine Caesar cocktail recipe here.