Making A Case For Boxed Wine

Box wine is at a tipping point. It’s already a lot better than you remember—and it’s getting better all the time. 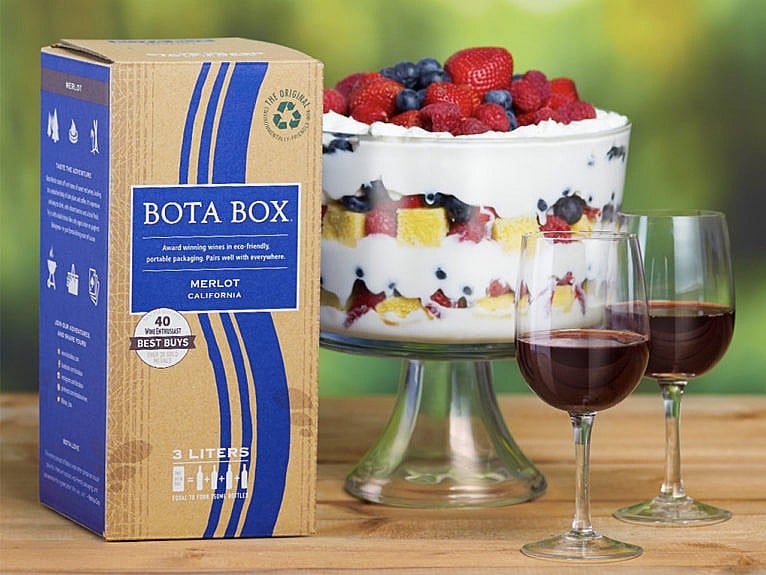 When people think boxed wine, the first thing that comes to mind is value.

For good reason: If you do the math on your average three-litre box, it roughly works out to a buy-three-bottles-get-one-free deal. Saving 25 percent is great, but it’s actually only one of many reasons we think it’s time to stop worrying about the optics and learn to love boxed wine.

It’s got a great shelf life*

Once opened, bag-in-box (BIB) wine—yes, literally a plastic milk-bag-style bag of wine in a cardboard box—is good for about a month or six weeks. Compared with an open bottle of wine, which starts to lose its charm after a day or two, the box is great for when you just want a glass and don’t want to commit to a whole bottle.

Why does boxed wine have such a great shelf life? The plastic “bladder” inside the box collapses as it’s emptied, which protects the liquid from oxygen—wine’s frenemy. A little aeration “opens up” a wine, but too much will mute the fruit and give it a “nutty” taste.

Sidenote: We’re talking BIB wine here. Carton wine (wine in a Tetra Pak), once opened, lasts about the same amount of time as an open bottle of wine.

*But watch the expiration dates

Sadly, unopened boxed wine has a shorter shelf life than bottles, because the plastic bags are porous and let a tiny bit of oxygen in from day one. Most have expiration dates (check the bottom of the box) and, if not, a good rule is to pop that spigot within a few months of buying.

We’ve all been there. You need a cup of white for the risotto, but you plan on drinking red with dinner. With boxed wine, you’ll never pour an old half-bottle down the drain again.

Although we should (rightly) hesitate to buy single-use plastic over glass, BIB is comparatively light and easy to ship, thanks to its stack-ability. That means fewer carbon emissions, particularly if it’s local-ish, as opposed to being shipped from the other side of the planet.

Assuming we start having large get-togethers again, boxed wine saves you from having to open bottles all night. Put it in a decanter and you never even have to have a conversation about your boxes.

Are there any drawbacks?

Even though BIB wine has a longer shelf life than a bottle, it will go off eventually, so keep in mind that a three-litre box is the equivalent of 20 glasses of wine. People who get bored with the same food and drink night after night should think carefully about committing to the same wine for an entire month.

It’s also perhaps a little too easy to keep going back to the box for a refill. Opening a second bottle of wine is a decision; mindlessly tapping the box for another splash could easily become habit-forming.

By and large, boxed wine is fresh and approachable. If you’re looking to challenge your palate and analyze the complexity and structure, the box is probably not for you—these wines are made for drinking.

This isn’t code for saying that boxed wine isn’t as good as bottled. We’ve tried boxed wines that are better than some bottles and, since it’s becoming more popular (especially in Europe), the quality is going way up.

So, in case you wrote boxed wine off years ago, here are 10 boxed wines that might get you to join the BIB revolution.

There are a lot of reasons to love Fielding Long Weekend Wine Co. Chardonnay-Pinot Grigio VQA, starting with the fact that it’s one of very few made at an independent, family-owned winery that uses 100 percent Ontario grapes. Also, it’s just plain delicious, with a crisp, clean and juicy taste—everything we want to drink with our corn chowder and salad. (3L; $39.95; LCBO 492355, also available direct from the winery)

Everyone who’s ever tried a bottle of Robertson Winery Chenin Blanc knows that, dollar per ounce, this South African white is a great buy. If you’re lucky enough to live in Quebec, where it’s sold in a three-litre box, the savings are even more impressive on this dry, balanced, bright, high-acid white that’s born to be enjoyed with soft cheese and fatty fish. (3L; $32.90; SAQ 12989160) 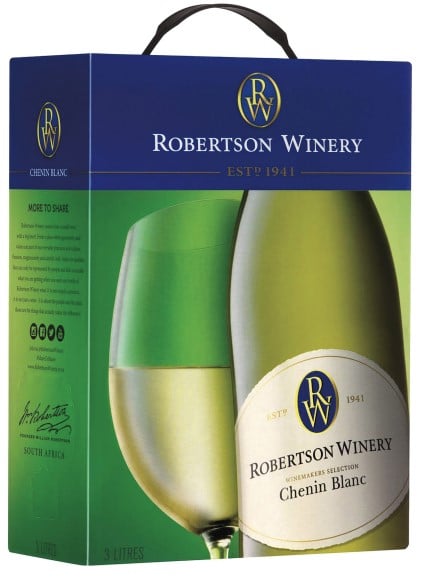 California’s Bota Box is a bit of a game-changer, since it’s widely available across Canada, offers quite a few options, varietal-wise, and, well, we’ve never tried one we didn’t like. Case in point: Bota Box Pinot Grigio, a lively, perfectly dry wine with citrus and stone fruit notes. (3L; $39.99; BC Liquor 628099; also available, at varying prices, in Saskatchewan, Manitoba Liquor, Newfoundland, and private stores in Alberta)

We have to hand it to Arrogant Frog Pays D’Oc Rosé for being one of the best boxed pinks we’ve ever had the pleasure of trying. This French wine has got all the lovely berries and melon you want in this style of wine, but none of the sweetness or perfumish aromas that a lot of budget-friendly rosés have. We drank it with smash burgers and it was great. (3L; $34.99; BC Liquor 56273; also available at private stores in Alberta.) 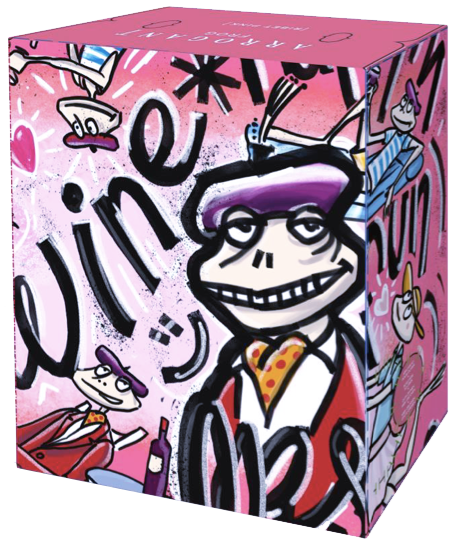 That said, the next pink wine we tried was also very good. Fielding Long Weekend Wine Co. 2019 Rosé is crisp and vibrant, with a touch of ripe cherry and citrus zest. It’s amazing with pizza and snack foods and, just like with Fielding Winery’s white, it’s made with Niagara grapes—a lot of Ontario boxed wine is a blend of imported wine and Canadian. ($49.95, only available direct from the winery)

We had a healthy level of skepticism about the idea of using a BIB wine for the classic pairing of steak and California Cab, but Bota Box Cabernet Sauvignon came through. It’s a solid, uncomplicated expression with enough fruit and backbone to hold its own against a grass-fed striploin —the ultimate test, really. (3L; $43.00; LCBO 492363, also available in Manitoba, Quebec, Newfoundland and at private stores in Nova Scotia.)

We tried Fielding Long Weekend Wine Co. 2019 Cabernet with the steak, too, and it was quite good but, being a little light in the body, chicken or pork chops are a slightly better match. (3L; $49.95; only available at the winery)

The only other bag-in-box in Ontario made with local grapes that we’re aware of is D’Ont Poke the Bear Red VQA, a project that helps fund the Friends First Foundation, which promotes awareness about anti-bullying initiatives in Toronto schools. The wine is made with Baco Noir, a hybrid grape that grows well in Ontario, but can be a bit of a bully with a pungent, rustic flavour profile. The winemakers have dealt with the Baco challenge by blending with Cabernet to smooth out the rough edges of this punchy grape. (3L $44.95; LCBO 18412) 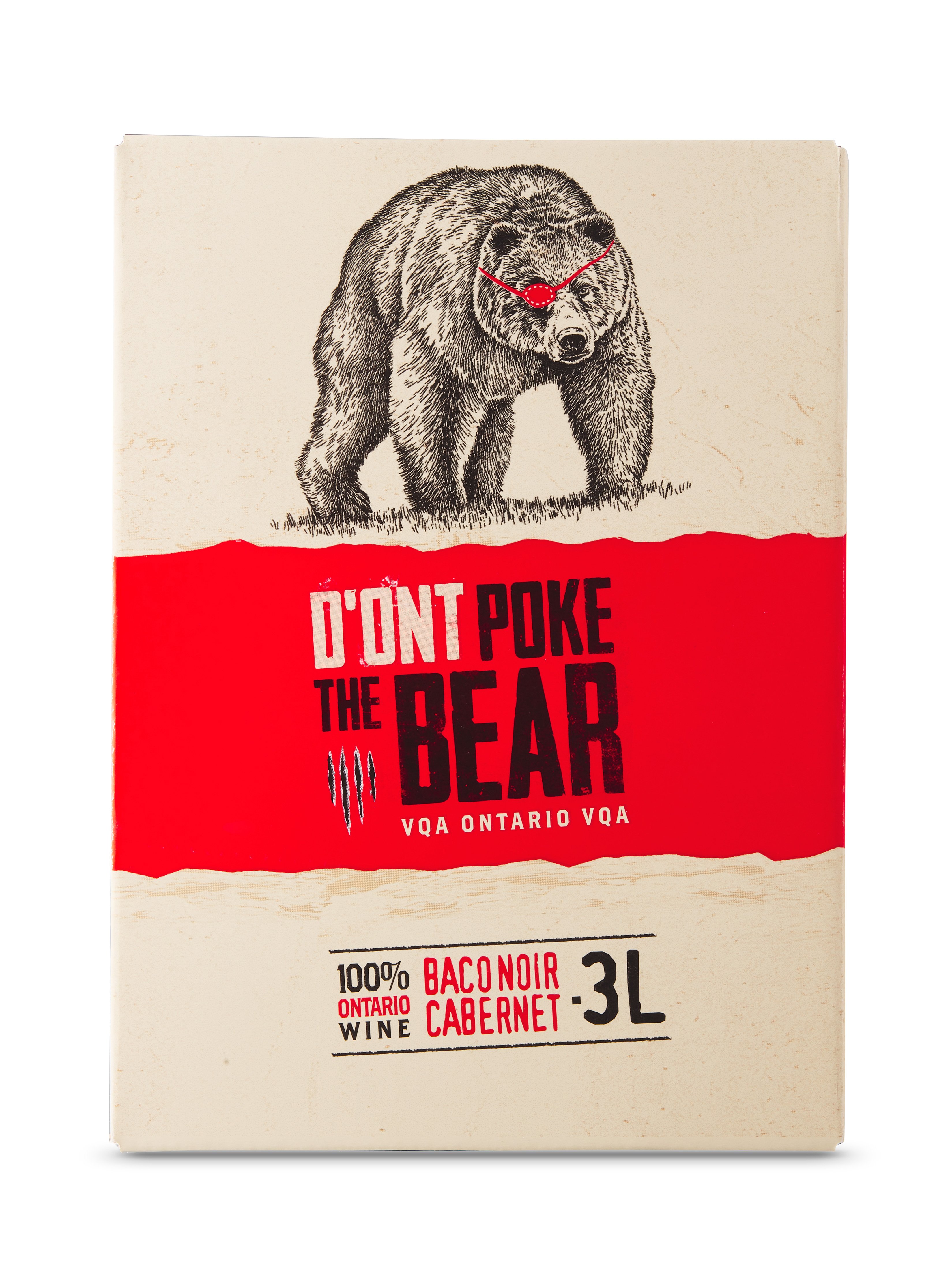 There’s nothing as reliable as a good tempranillo from Spain, like Radio Boka, a fruity red that tastes a little like blackberry jam with vanilla and spice, ideal for pouring (and drinking) with tacos or veggie lasagne. (3L; $40.10 LCBO 491118; also available in Manitoba and Saskatchewan)

We just can’t say enough good things about Bota Box Old Vine Zinfandel, which is easily one of the best boxed wines we’ve tried. It’s a rich and full-bodied zin from California, with plenty of stone fruit and pepper, like a cherry pie with a tiny hint of spice, an excellent example of a boxed wine that is actually quite a bit better than many bottles of zinfandel we’ve tried. (3L; $39.99 at BCLiquor 720532; also available in Manitoba)