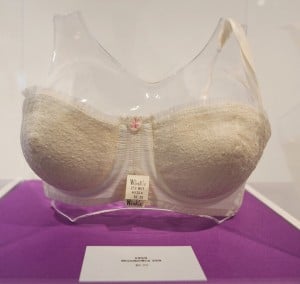 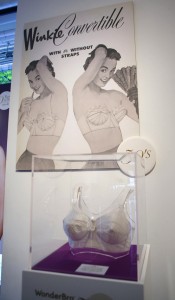 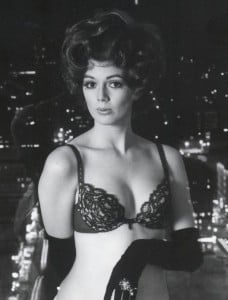 WonderBra‘s dream lift was the first push-up bra in Canada. Imagine what our lives would be like without this wonderous piece of underwear? A little less uplifted perhaps?

To commemorate their recent 70th anniversary WonderBra hosted an event where I got to scope out all the bras from years past. From conical (they were very Madonna-esque) to lacy it was a great way to trace the history of style through undergarments. From 1939 through to 1959 the rigid satin mischief style with 4-section cups gave the bosom a rigid reshape. Then in the 90s an all lace bra, the floral romance was born and is still a best seller.

Some other notable WonderBra moments were in 1996 when Wonderbra made it into the Guinness Book of World Records for having sold over 1.6 million dream lift bras.

Check out our May 09 issue for a fuller history of the push-up bra in our Style Icon pages.

Check out WonderBra’s anniversary styles- they have a balconett push-up bra in coral, nude and an off-white that looks seamless under a cotton tee and a jacquard lace full support underwire with cushioned shoulder straps for support. Both available for $20.