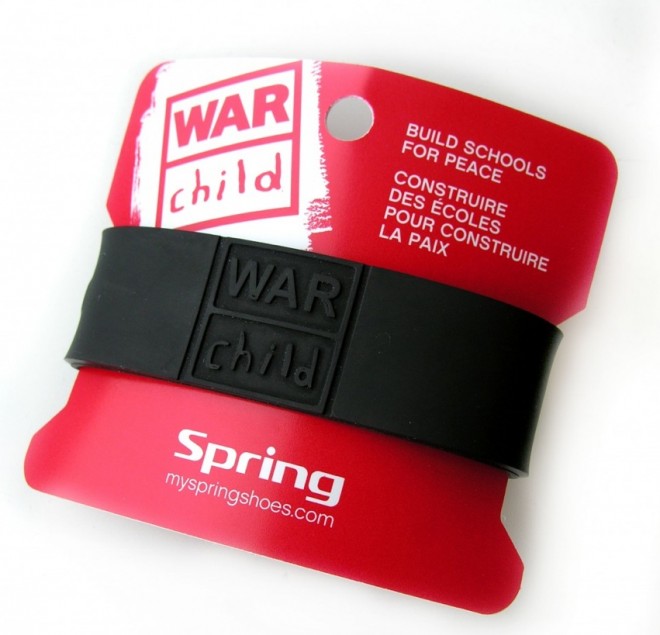 Building new schools in the Congo may not be what you’re thinking about when picking out some new duds for fall.

But if you’ve contributed to Spring’s War Child bracelets and helped raise the $100 K thus far, then you’ve been a part of the solution.

Simple Plan, the Montreal-based rock band, took to the stage at the Toronto Eaton Centre a few weeks back to announce the building of two new schools. It also launched the new bracelet design in stores now at myspringshoes.com and 156 locations.

“It is a great honour to have been part of this amazing campaign and to have been able to make a difference to so many children’s lives. We’ve been supporters of War Child for a long time and we know the money will be spent wisely, ” said Simple Plan band member Chuck Comeau. Contribute this year and be part of this initiative that is helping 600 new students learn.

War Child Canada, founded in 1999 works on protecting children’s rights, providing an education and teaching children skills that will allow them to build a brighter future for their families and themselves.