When the Canadian author said the Duchess "dresses quite uneventfully," she caused a minor stir. But she wasn't wrong. 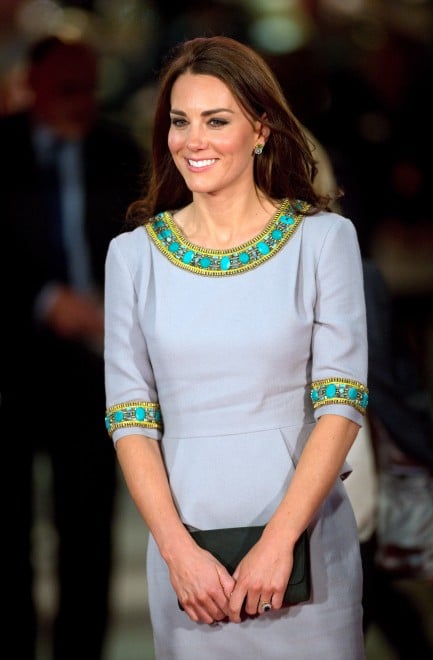 Margaret Atwood: multi-award-winning author and poet; environmental activist and feminist; literary critic and LongPen inventor. And now she can add royal shade-thrower to that list of accomplishments.

During a panel discussion on fashion and fiction last month at the Victoria and Albert Museum, Atwood said that her fellow hat enthusiast, Kate Middleton, “dresses quite uneventfully.” Atwood then suggested that “[Middleton is] watching her back. I think she probably has people who pretty much tell her what is appropriate for her to wear. I don’t think she’s become the fashion plate that Diana was, and I think she’s probably doing that advisedly.”

Atwood’s comments about the Duchess of Cambridge caused a minor stir, but she’s not wrong in her assessment. Middleton may inspire fashion blogs, like What Kate Wore, and she can spark mini-trends for items like her beloved cork wedges, but as a fashion icon, she’s a snooze.

Like Michelle Obama — another high-profile woman whose role is largely symbolic and decorative — Middleton sports an of-the-moment mix of pricey and cheap clothing: haute couture one day, J.Crew and Topshop the next. It’s a calculated balance between being aspirational and relatable, and it’s a way of both highlighting and downplaying their husbands’ wealth and clout. Power wives: they’re just like us.

With her always-appropriate day dresses, Queen Elizabeth–approved hemlines and tiaras, and casual skinny jeans, Middleton makes a fashion statement by not making one at all. For someone who says very little in public, Middleton’s attractive but bland style is her message — and what it says is this: I’m tasteful, I’m trustworthy, and I will never embarrass my family with sideboob.

It’s hard not to view Middleton as a corrective to her late mother-in-law. Princess Diana’s glamour and love of fashion was emblematic of the decadent 1980s — flamboyant, flashy, unapologetic. She wore her clothes like she wore her emotions, with drama and without restraint. Her undisguised misery and the scandals that consumed her revealed deep cracks in the Windsor family’s armour.

For Middleton, her pretty and, yes, uneventful style is her armour. She reveals very little personality in her clothes perhaps as a way to protect the real person inside them. After all, when your wedding is a global spectacle, the contents of your uterus are considered a matter of national importance, and your husband’s mother was chased to death by paparazzi, it’s as important to “watch your back,” as Atwood put it, as to watch what you put on it.

In photos: A look back at Kate Middleton’s style