This Paris, Ontario local is the next big thing in handbags 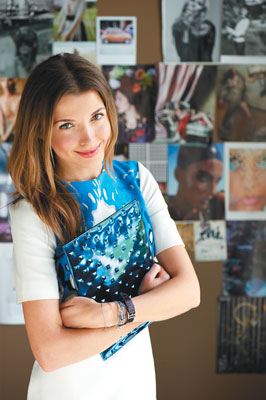 Photo by Sian Richards; Makeup by Christine Kohut for Make Up For Ever

The Birkin and the Kelly may be the grandes dames of the handbag world, but rising accessories star Ela Aldorsson is offering up a new guard. Her MILCK (money, ID, lipstick, cell, keys) clutch is a must-have accessory for celebrities and the style savvy alike. Now, Ela’s eponymous label, which she launched in 2010 with her husband, Martin, has earned her a spot among the handbag-designer elite, including a place on the shelves of Holt Renfrew as one of the store’s few Canadian-designed bag lines.

Even though her purses are making red carpet appearances (Gwyneth carried the MILCK clutch at GOOP’s summer launch party) and she’s earned her own lineup of hot-ticket invites, Ela is all about keeping it simple. Her wardrobe is edited, her home uncluttered, and her sleek handbags don’t have large logos or busy prints . She credits the brand’s refined look to a Scandinavian sensibility (hubby Martin is Swedish), but it goes beyond esthetics. “It’s about humble luxury,” she says. “It’s how we live.”

Growing up in Suwałki , Poland, with two brothers, Ela was a tomboy who climbed trees and played in the woods. After moving to Kitchener, Ont., with her family at 10, she attended Ryerson University in Toronto, where she pursued a fashion-communications degree. It wasn’t long before she debuted her entrepreneurial talents, making and selling her own jewellery to help pay for school books.

After a stint in PR at the Toronto office of Hermès, London called, and she snagged a wholesale position with Burberry at 27. It was in London that Ela met Martin while dining with friends. After one of those talk till-the-sun-comes-up evenings, they were smitten. So when she moved back to Toronto one year later, Martin went with her. 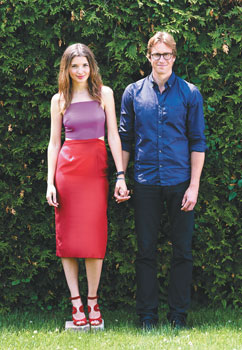 “We’re inseparable now,” says Ela. Their combined talents (Martin worked for a top international ad agency) made starting their company a natural decision, but not one without sacrifice. “I had to sell some of my Hermès bags to buy leather. That was painful,” Ela says laughing.

From her handbag collection to her home — the couple relocated to rural Paris, Ont., in an effort to keep their overhead low — paring down comes easily to Ela. “We don’t own a lot of things, but we focus on beautiful, well-crafted pieces.” Like an oak harvest table that Martin and her dad built, and a set of “killer” Danish chairs that were a gift from Martin’s mom. And though their living space is minimalist, their workspace is a whole other world. “I like to work big,” Ela says. “Martin might say messy, but I need to have my things around me.” These include photos of a trip to Italy where Ela spotted a studded door that inspired one of the most popular embossed finishes on her handbags.

Now, with more than 100 retailers carrying her elegant clutches and totes, including Saks Fifth Avenue, Harvey Nichols and Shopbop, the fashion world is watching closely as Ela prepares to build on the success of her bags with a line of luxe scarves and jewellery for winter 2014. In fact, she was named one of the top trend and design leaders for fall by L’Officiel (the Parisian fashion mag that helped launch the careers of Christian Dior and Yves Saint Laurent). But she’s staying humble: “The highlight for me is seeing the average person who identifies with the bag and is rocking it. That’s what gets me.” 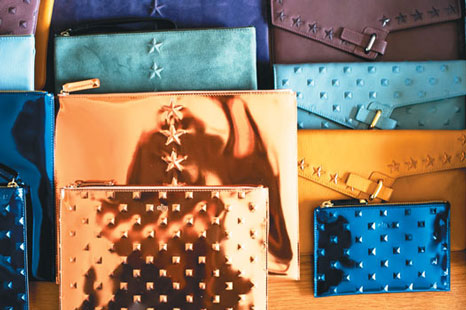 I define downtime as… parking myself on a beach with a stack of interior design magazines.

I wish I had more time for… seeing my friends.

The last time I lost my temper was… I rarely lose my cool, but two things that can throw me off are traffic and lack of sleep.

I wake up in the middle of the night thinking about… production planning and supplies arriving on time.

My favourite moment of the day is… when my to-do list is completed.

The biggest mistake I ever made was… constantly stressing about things that were out of my control.

I started this a thousand times… sorting through our wedding photos from last year.

Lemons “If the climate was warmer I’d have my own tree in my backyard — we use them in every meal.”

Aesop skincare products “Parsley Seed Anti-Oxidant Eye Cream and Hydrator feel like a treat every time I use them.”

Heavenly Cream Tea by Sloane Tea Company “I drink it every day and bring a travel-sized tin when I’m on the road.”

Tennis “Tennis really clears my head and is a great workout. My husband has been playing forever and is a patient teacher.”