The event asked those attending to "consider the environment" when picking their outfit. 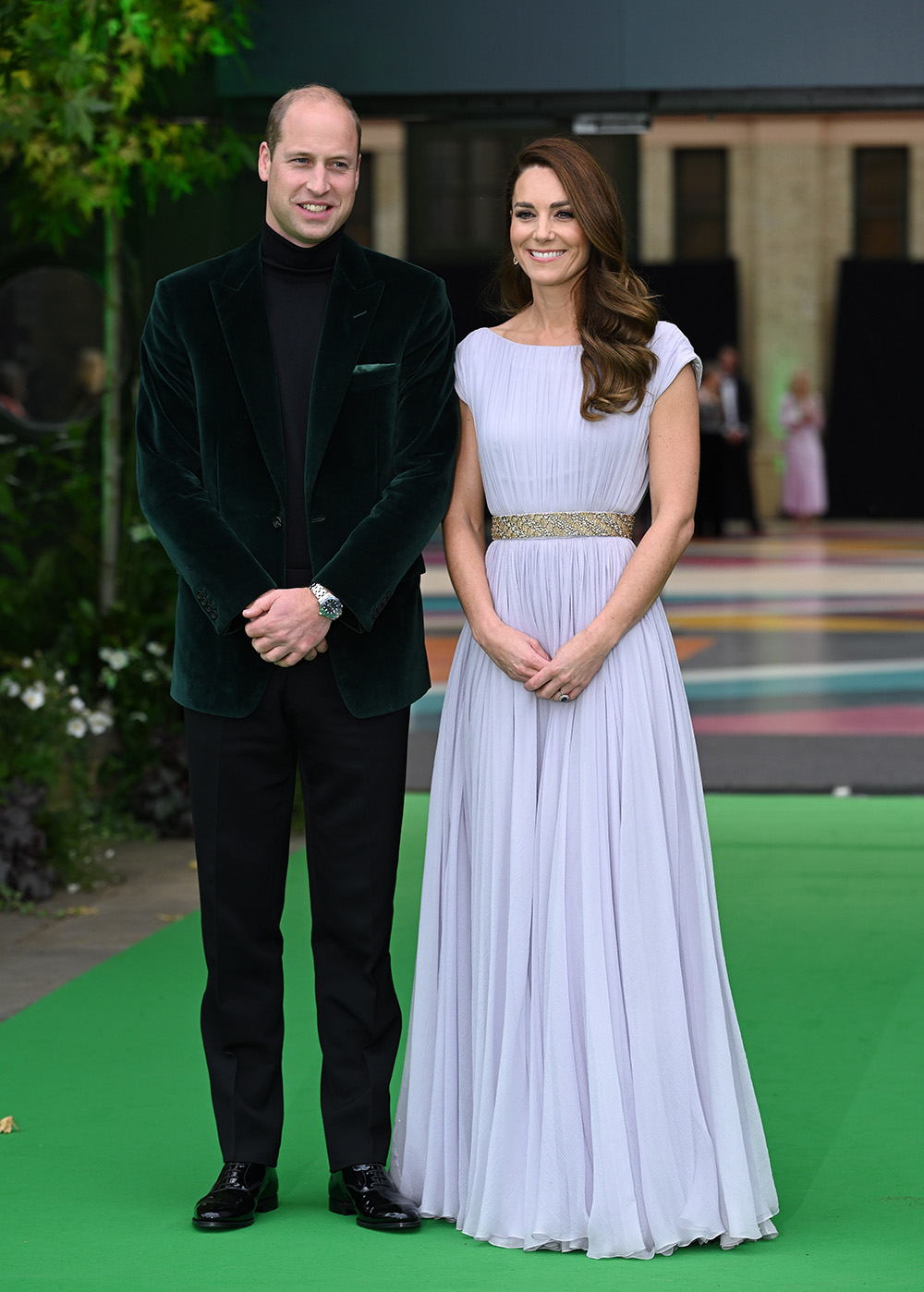 Duchess Kate looked absolutely dazzling as she and Prince William arrived on the (appropriately) green carpet at the Earthshot Prize Awards in London on Oct. 17.

The Duchess of Cambridge was wearing a gorgeous bespoke Grecian-style lilac gown by Alexander McQueen, which she paired with a gold belt. She wore her hair down, accentuating its waves, and accessorized with drop earrings, which look like they are her Kiki McDonagh morganite and diamond pair. We previously saw her wear them to sister Pippa Middleton’s wedding in 2017.

The Duke of Cambridge chose a green velvet blazer from Reiss, which he paired with a black turtleneck and black pants. We first saw William in this jacket at the gala for youth homelessness charity Centrepoint’s 50th anniversary in 2019.

If you recognize Kate’s dress, that’s because she’s worn it before! We previously saw her don this gown at the 2011 BAFTA Brits to Watch event at Los Angeles’ Belasco Theatre back when she and William were visiting the City of Angels after their tour of Canada that year. It was their first time in North America as a married couple.

A post shared by Duke and Duchess of Cambridge (@dukeandduchessofcambridge)

Back then, Kate wore a different belt and paired the look with silver Jimmy Choo Vamp sandals and a matching Ubai clutch by the same designer. She also wore a diamond bracelet that was a gift from Prince Charles following her and William’s nuptials earlier that year, and was also wearing a pair of the Queen’s chandelier drop earrings.

It makes sense for William and Kate to re-wear items from their wardrobe, since the Earthshot Prize is all about sustainability. The event is asking those attending to “consider the environment” when picking their outfit.

Five of 15 finalists will receive awards during the broadcast from Alexandra Palace, which is also set to be attended by Duchess Kate. The star-studded ceremony will feature performances from Coldplay, Ed Sheeran, Shawn Mendes and many more, along with presentations from the likes of Emma Thompson, Emma Watson and David Oyelowo.

William launched the Earthshot Prize in December 2019. It is described as “the most prestigious environmental project in history” and wants evidence-based solutions to help fix the emergencies facing the natural world.

Following the first prize in London in 2021, Earthshot Prizes will be handed out to five Earthshots every year until 2030. The hope is the winners’ work will provide at least 50 solutions to the world’s greatest problems by the end of the decade.

A post shared by Duke and Duchess of Cambridge (@dukeandduchessofcambridge)