What long versus short hair says about your confidence

With a slew of celebrities all chopping their locks, we look at what's behind the bold new looks. 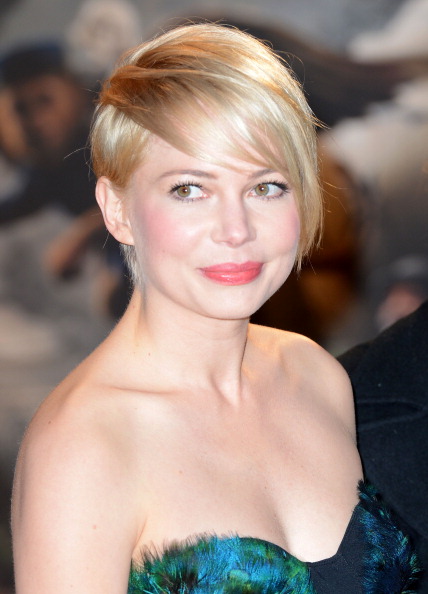 Michelle Williams arrives for the Oz: The Great And Powerful European premiere at the Empire Leicester Square on February 28, 2013 in London, England. (Photo by Samir Hussein/Getty Images)

Jennifer Lawrence recently snipped her lovely mane. So did Jennifer Aniston (see the photo on her hair stylist’s Instagram). Even former Baywatch babe Pamela Anderson is sporting an Audrey Hepburn-esque pixie cut. Aniston and Lawrence cited repeated damage to their locks as the reason for the new look. Anderson claimed her haircut represented a fresh start.

Whether you agree with the idea that women take their hair more seriously than men do — it may be that we just have more styling options — there’s nothing like a haircut, especially when undertaken by a female celeb, to ignite the old short hair versus long hair debate.

Recently Cosmo editor Joanna Coles, who sports a platinum blonde crop, made the case for short hair. In an interview with The New York Post, she praised the short cut for the fact that it “oozes confidence” and stands out as a “statement cut”.

There’s a popular idea that men prefer women with long hair, which I’m not entirely convinced of as there is no epidemic of single short-haired women as far as I know. But apparently there are some men that actually believe short hair is a barrier to enduring affection. One male blogger recently argued that Jennifer Lawrence had lost her sex appeal when she cut her hair. He was promptly taken to the woodshed by jezebel.com.

I’ve had really long hair and really short hair. I’ve been a wood nymph and a pixie. To be honest, I can’t say I noticed a difference in my self-confidence or overall appeal to the opposite sex with either cut. Hair is great, and I really don’t like to go too long between highlight touch-ups, but the only factor that has ever affected my confidence positively is age. I get older and I think less about how my hair defines my identity. This is a good thing.

As I get older, I’m happy if my hair statement reads “clean”.

So cut your hair short, or go Lady Godiva on it and do nothing to it at all. It doesn’t really matter because your hair is just your hair and not a magic carpet that transforms you from a miserable drudge into Cinderella with a succession of enchanted snips.

Do you feel differently when you have long hair versus short? Tell us about it in the comment section below.