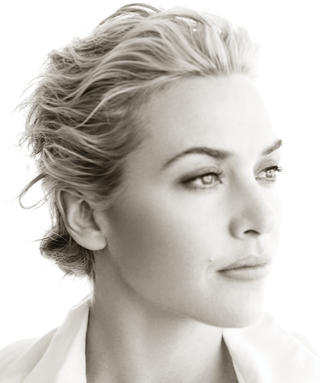 Before there was Middleton, there was Winslet — regal in her own right and likely the first to be called Kate, one name only, around dinner tables and water coolers like an intimate friend.

And this seems natural. A no-brainer, really. Over the past 15 years, Kate has come to represent a pillar of strength and femininity. That’s because at 36, she already wears many hats – mother, actor, feminist, spokesperson, heroine (she’s the brawn that recently helped rescue Richard Branson’s mother from a burning building) and philanthropist. She evokes notions of Wonder Woman and girl power, with no desire to bop around in spandex and flimsy dresses in order to prove it. From her resistance to plastic surgery and her willingness to bare all, to her (what are beginning to feel like annual) Oscar nods, for Kate it’s innate; there’s no retouching required.

While for many, Kate has long been associated with heavy-hitting dramatic roles, her latest shift to dark comedy, in Roman Polanski’s highly anticipated Carnage, should come as no surprise. “I really want to play someone who’s happy, because I’m really happy!” Kate says. She wants “to use some of that energy and put it into a character.”

It’s likely that she found some inspiration from her time filming in France and working with the acclaimed director and cast—an all-star lineup featuring Jodie Foster, John C. Reilly and Christoph Waltz. Free from the push of paparazzi, Kate lapped up the Parisian lifestyle (and, no doubt, the bread and cheese and wine, and we love her for it!) and the quality time with her kids, who were taken out of school for the first time to travel with her while she was working.

This, of course, is another source of great inspiration in her life. “I am fortunate to have two children who are expressive and imaginative and affectionate,” says Kate, who found herself deeply moved after narrating a documentary about a child with autism, and in 2009 developed the Golden Hat Foundation as a result. The goal: to assist the families of kids with autism as they transition into adulthood. This year the charity will get much of the proceeds from her holiday collaboration with Lancôme. The philanthropic initiative (and gorgeous collection of brightly pigmented reds and fuchsias) is just one more example of Kate’s unique blend of brains and beauty.

“It sounds like such a cliché to say, ‘I want to help make the world a better place,’ but you know, I do, I really do, and I am in a position [to do so] , and it’s a great opportunity.”