Speaking Up About Symptoms Can Mean A Brighter Future 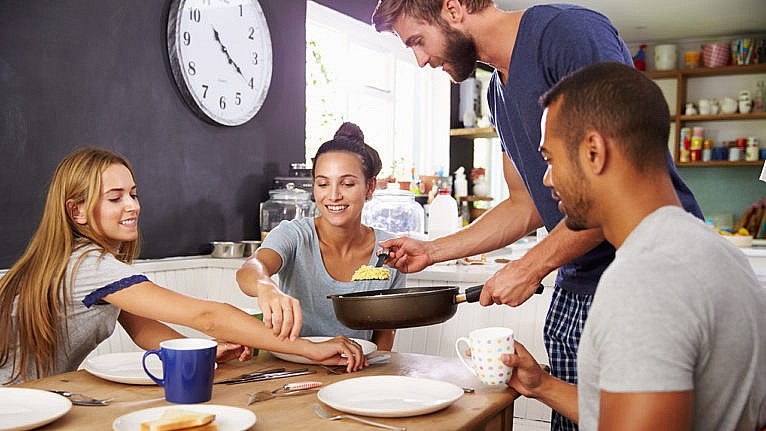 Looking back, it was a near-perfect time. Adam was in his late 20s, working as a full-time flight attendant, living the single life and travelling with his work friends. “I was just really enjoying life,” he says. “I started to notice these little interruptions in my life, but it wasn’t concerning enough that I did anything about it,” adds Adam, now 41. “I just thought it was something I had eaten, or I had an irritable bowel or something.”

As far back as 2008, Adam had mentioned these random episodes of urgent need for the bathroom plus the fact that he had seen blood in his stool to his family doctor. “I really felt like she dismissed it,” he says, adding how shocked he is thinking about that now. “She asked a couple of probing questions and attributed it to constipation.” If she had ordered tests, Adam notes, “I bet we would’ve seen the beginnings of my disease. If we had looked, we could’ve been years ahead and caught this so much earlier.”

Sadly, it wasn’t until 2016 – many difficult and painful years later — that Adam finally got his diagnosis: ulcerative colitis.

Ulcerative colitis and Crohn’s disease are both inflammatory bowel diseases. Each affects the lining of the gastrointestinal tract, impacting the body’s ability to digest, absorb nutrition and eliminate waste.1 One in 140 Canadians2 suffers from ulcerative colitis or Crohn’s disease, both chronic diseases with symptoms that may alternate between flaring up and dying down.1

Symptoms of one or both diseases can include3:

The cause of ulcerative colitis and Crohn’s disease is believed to involve a genetic tendency (predisposition) and environmental triggers: both diseases can affect anyone, male or female, at any age but most people are diagnosed before the age of 30.4

While Adam admits he avoided bringing up his symptoms with a doctor again, his disease got progressively worse to the point where he had to give up doing a job he loved forever. At the same time, he developed an anxiety disorder – understandable considering how much his physical suffering had affected his day-to-day life.

And yet, he says he still found it easier to talk to friends about his anxiety than he did about his gut problems. “Nobody wants to think there’s anything wrong with them,” he says. “They just think maybe they have a sensitivity to dairy or something – just something obscure with a really easy fix. And something that is just going to get better.”

By the time he finally went to the doctor and was diagnosed, his entire colon was inflamed with ulcerative colitis. “It was not a long time between the beginning of symptoms starting to interrupt situations to being in a state where I should’ve been looked at by a medical professional,” says Adam. “The first time I saw blood, I should’ve gone to a clinic.”

The other part, he admits, was fear. “It’s human nature,” Adam says. “It’s more comfortable not knowing what something is.”

But not addressing his condition earlier has meant many missed opportunities for Adam – including having to leave the job he loved.

Not surprisingly, he has become a strong advocate for speaking up when something is wrong and for seeking out resources of information and support. “The earlier you say something, the earlier you can act, the sooner you can reduce/fight the inflammation of ulcerative colitis or Crohn’s disease,” says Adam, who is now getting treatment to manage symptoms. “It’s nothing to be embarrassed about.”

If you are concerned about symptoms or are living with ulcerative colitis or Crohn’s disease, speak to your physician for more information about the diseases and treatment options. Visit crohnsandcolitisquiz.ca to take a quiz that can help support your treatment journey as it advances.

4 Are you at risk? – Crohn’s and Colitis Canada