I Tried It: GUSTA Veggie Ground

Can it really replace ground meat in my favourite recipes? 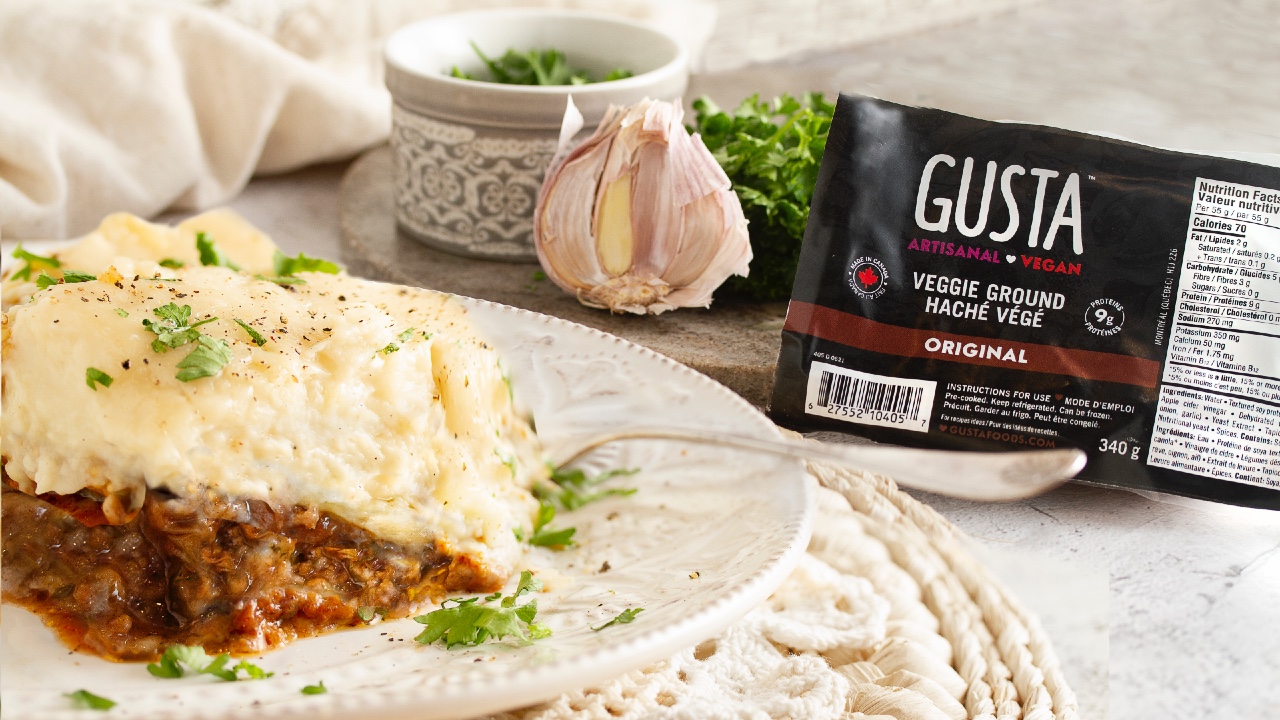 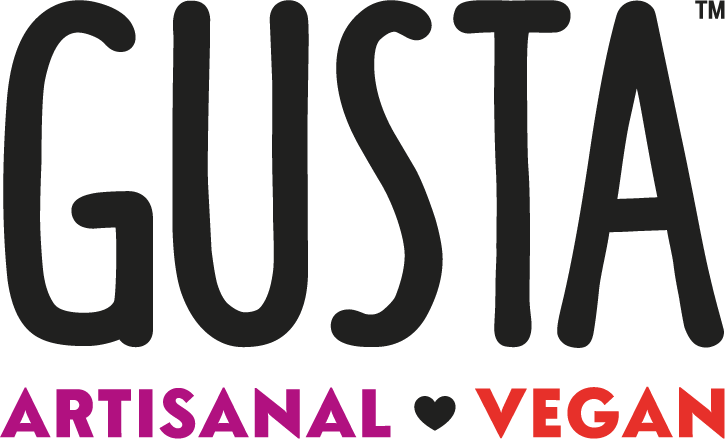 A few months ago, my seven-year-old daughter, Alice, announced she was no longer eating meat after discovering that industrial livestock farming is “bad for the Earth.” She’s right, of course, even if she’s still figuring out the nuanced explanations.

Alice reminds me of my own youthful idealism about health, the ethical treatment of animals and the environment—I was a vegetarian for a good decade before a trip to Argentina and the heady smell of barbecued steak everywhere broke me. Even though I’m now a committed omnivore (for better or for worse), I’ve decided to put more focus on vegetables at the centre of the family dinner table and not rely too heavily on meat, fish, dairy or eggs.

I’m grateful that plant-based eating and flexitarianism have become the norm and with it so many options for making veg-forward meals that my kids will actually eat. We’ve tried many different faux-meat products with mixed results. They refuse simulated beef burgers (“it doesn’t taste the same”) and tofu, but wolf down chicken-strip alternatives.

My latest challenge was to see if I could swap ground beef in some of our favourite kid-friendly recipes with a “veggie ground” by GUSTA, a Canadian start-up that specializes in plant-based, artisanal and 100 per cent local products. 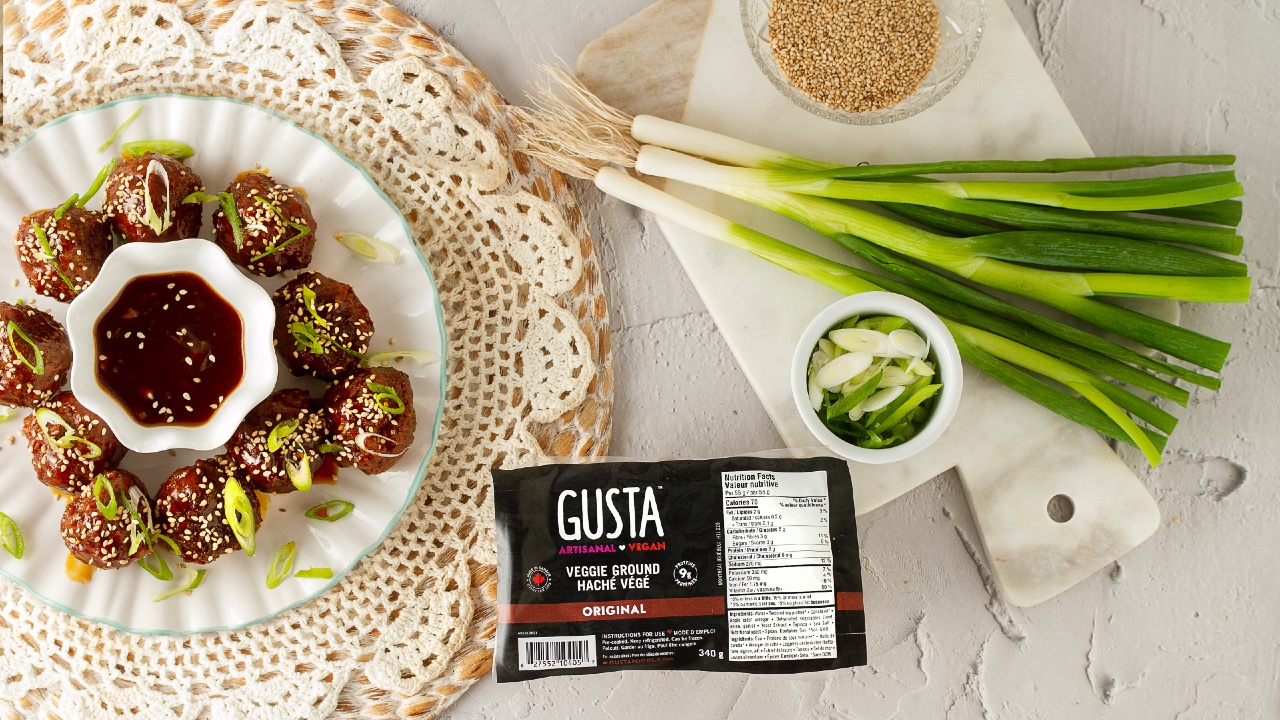 What Is GUSTA Veggie Ground?

Made from soy protein, the pre-cooked GUSTA Veggie Ground (which comes refrigerated but can also be frozen) looks pretty close to real beef, including the minimal packaging. It has a simple list of  natural ingredients—nothing hard to pronounce here—and has nine grams of protein per serving. The two flavours are Original and Mex.

How Does It Taste?

First up, we tried the Mex-flavoured veggie ground, on Taco Tuesday, naturally. The soy-based crumble is the colour of paprika and is flavoured with spices such as onion, garlic and jalapeño. Since it’s already pre-cooked and spiced, I assumed I could simply heat it and serve it, but I was inspired to actually cook it like I would do with real ground beef after browsing the recipes on GUSTA’s site. (Their Mexican Casserole for example looks amazing.) I sautéed the Mex veggie ground with olive oil, alliums, bell pepper, chili powder and cumin. It was a delicious addition to our taco spread of black beans, salsas and guacamole. The soy “beef” has a realistic texture and pleasant mouth-feel. I even noticed a hint of umami, thanks to the mushrooms listed in the ingredients. The heat level was bang on for my husband and me, but Alice and her five-year-old sister, Edith, said it was a little too spicy for them, so next time, I won’t add any chili to it. 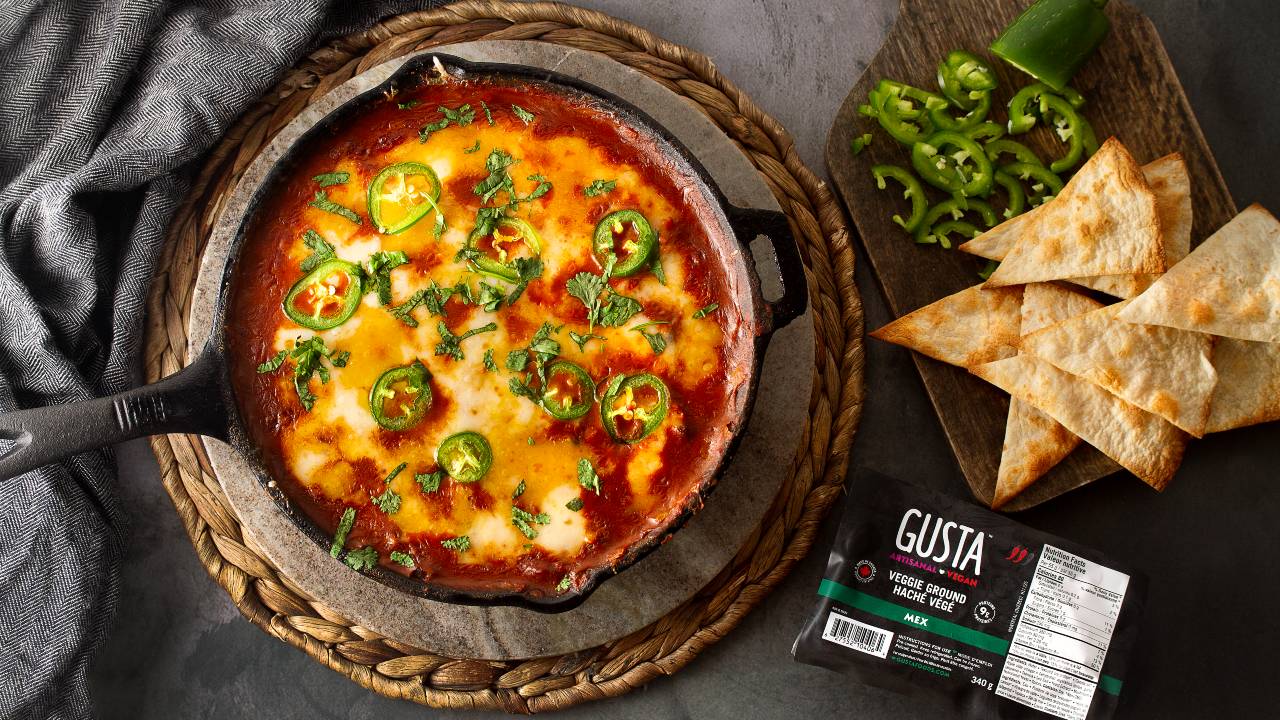 Next, I tried the Original veggie ground in one of my all-time favourite pasta sauce recipes, the late Marcella Hazan’s legendary four-hour Bolognese. It’s the perfect sauce, so mellow yet complex that I wasn’t sure a substitution would work. I followed the traditional recipe, swapping the ground beef chuck for GUSTA’s veggie ground, reducing both the cooking time and salt by a bit to compensate. I’d made this recipe before so I knew what it should look, taste and smell like and the result was probably my best version yet. I sneakily didn’t tell my husband or kids I’d done anything differently. I took the fib one step further with Alice, telling her the Bolognese was made with “wild” meat (which has a lower carbon footprint than farmed meat) which she ate up, literally. So did Edith and my husband, both unabashed meat lovers. In fact, my two little girls, whose favourite pasta is buttered noodles, helped themselves to four servings each. They declared it, “scrumptious, galumptious.” Even my husband, who usually gets flavour fatigue with one-pot meals, helped himself to thirds.

I don’t condone lying to kids (I’m definitely going to pay for this one day when Alice reads my stories), but at least we all agree that veggie ground can replace meat and still taste delicious. For the sake of a true taste test, I wanted my daughters to try something new without preconceived notions about it being “vegan,” which isn’t always the most exciting selling point. With that goal achieved, I’m looking forward to trying it in more recipes such as chili, lasagna and shepherd’s pie. Now that my girls have given it a thumbs-up (or 11 out of 10 as they say), I think they’re ready for real talk about how it’s made and why plant-based foods can be an important way to practice responsibility for our own health and for the Earth.