Canadian authors, Elizabeth Hay, Andrew Pyper and more, share their picks for the most romantic books ever. 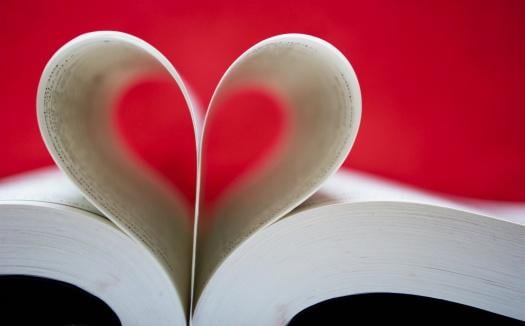 1. Book pick by Elizabeth Hay, author of Alone in the Classroom

“Persuasion. There’s one particular scene when Anne Elliot — who has lost not just Captain Wentworth’s affection but his regard, and he’s not giving her any time or attention — is visiting her sister and the rotten nephew has her pinned down. He’s on her back, and nobody is helping her. And suddenly she feels this rotten brat removed, because Wentworth has removed him. And the relationship turns. He has come to her rescue. And her life — you can feel it just begin to open again.” Persuasion, Jane Austen, $19.

2. Book pick by Andrew Pyper, author of The Damned

“Possession. It’s certainly the only novel I’ve ever read that made me cry because of the romance (I’ve cried for other reasons). Those two characters getting together — I was crying like a baby.” Possession, A.S. Byatt, $24.

3. Book pick by Helen Humphreys, author of The Reinvention of Love

“The scene in Orlando where the lovers meet on the ice on the frozen Thames.” Orlando, Virginia Woolf, $18.

4. Book pick by Anita Rau Badami, author of Tell It to the Trees

“The English Patient is wonderfully romantic — the whole idea of this damaged man’s exquisite recall of this woman he had loved and then the terrible tragedy at the end of it. I was heartbroken. And just the writing — the writing is gorgeous. I much prefer it to the movie. And the story of that bomb-disposal fellow and Hanna, the young woman, that was wonderful, too — again, that sense of loss, of what could have been.” The English Patient, Michael Ondaatje, $21.

5. Book pick by Madeleine Thien, author of Dogs at the Perimeter