From the local potatoes to wild blueberries and even lobster (whaaat?), PEI is infusing local beer and spirits with a dose of island fare 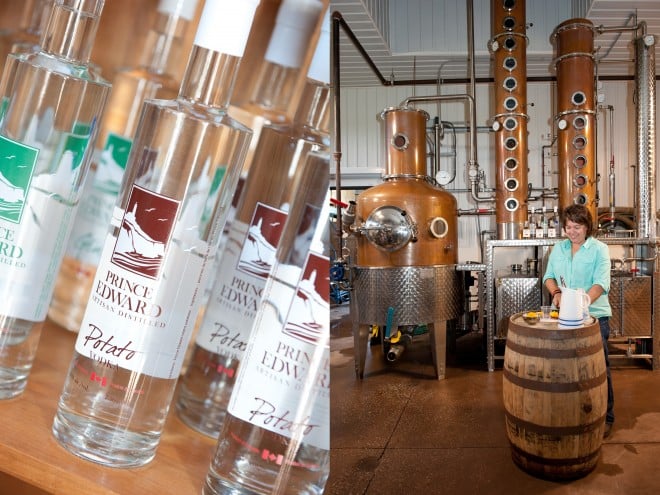 Nothing beats the taste of a good PEI potato, especially when you make it into vodka. That’s exactly what Julie Shore and Arla Johnson did when they founded the Prince Edward Distillery in 2007, a small-scale distillery in Hermanville, northeast of Charlottetown, which crafts artisanal spirits using produce from PEI.

It’s no easy task to turn potatoes into vodka. It takes 6,000 lbs of PEI potatoes and 14 days to make just one batch of vodka in the distillery’s custom-made German Arnold Holstein still — a mere 200 bottles. But even though the distillery isn’t pumping out bottles like the big timers, it’s no small fry. Their potato vodka has won two gold medals in global spirit competitions and you can see why when you take your first sip: there’s an incredible earthy flavour, and the texture is silky smooth. And they didn’t stop there. Prince Edward Distillery also makes the island’s first — and also award-winning — wild blueberry vodka, made with PEI wild blueberries. Touched by a mere whisper of true blueberry flavour, it’s perfect for sipping on the rocks or stirring into fruity summertime cocktails.

On the other side of this agriculturally-gifted province, the Prince Edward Island Brewing Company is no stranger to mixing booze with produce either. Co-owners Kevin Murphy and Jeff Squires recently moved their operations from the basement of the Gahan House Pub in downtown Charlottetown to a new larger location just outside the city. And even though the new space features an impressive 25,000 sq. ft. brewery, their beers are still brewed the old-fashioned way — with care and in small batches. 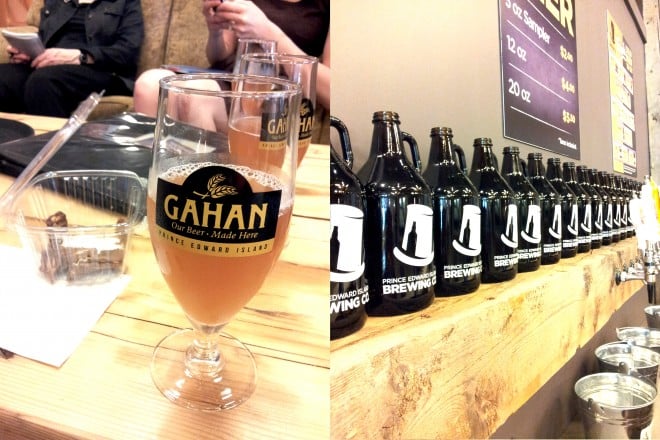 And with a new state-of-the-art facility comes new beer, including a just-released Blueberry Ale brewed with local wild blueberries. It’s a perfect summer sipper; not at all too sweet. The brewery has even experimented with another ale, this time not using produce, but lobsters! One of several new craft beers to be rolled out, this seasonal Lobster Ale is a citrusy Belgian-white beer with an aroma of, well, briny seafood. I can’t imagine a better complement to a PEI lobster supper or summer clambake.

Tours and tastings are available at both Prince Edward Distillery and Prince Edward Island Brewing Company. Visit their websites or Tourism PEI for more details.