Restaurants across the country are embracing our abundant fare – from just-picked tomatoes to freshly caught salmon, the farm-to-table approach is practised at these eight must-try eateries. 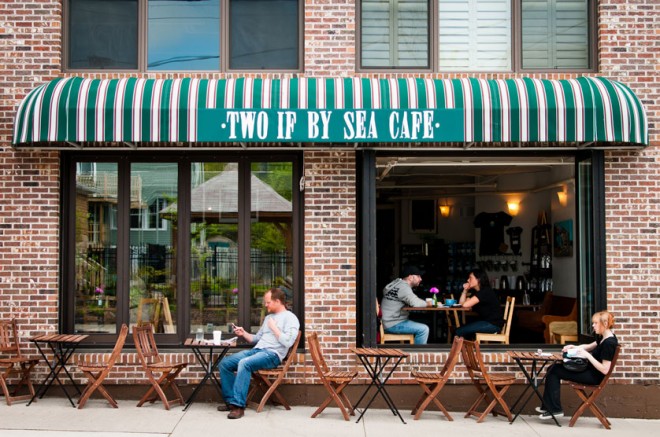 1. 10 Acres, Victoria
Not only does 10 Acres Bistro serve local produce, they serve local produce from their very own farm. The downtown-Victoria restaurant sources the freshest foods from the island including meat, cheese, seafood and, of course, the harvest goods from their farm located on the Saanich Peninsula. Feast on sustainable fish tacos, Salt Spring Island mussels and sooke trout, along with sides like crispy kale and artisan breads. For a serious farm-to-table experience, take a trip out to their farm prior to your meal at the bistro – you’ll take the full farm-to-table journey along with your food!

2. Fable, Vancouver
Fable is the brainchild of Trevor Bird, a former contestant on Top Chef Canada. The concept for the restaurant came to him while competing on the show, and when he returned to Vancouver he set the idea in motion. Today, the team at Fable is all about delivering great food centred on fresh, local ingredients in a fun, lively atmosphere (think exposed bricks, reclaimed wood, shelves displaying homemade preserves and local art on the walls). Feast on dishes like asparagus salad, slow-cooked spring salmon and duck breast. Lunch is simple, featuring a small (but creative) selection of sandwiches and salads. Brunch has all the usual suspects, and then some: eggs benedict with olive oil hollandaise, French toast served with seasonal preserve and mascarpone cream and a “Big Brunch Caesar” made with your choice of Victoria Gin or West Coast Hemp Vodka.

3. Rouge, Calgary
With an onsite garden that spans the area of six city lots, Rouge prides itself in yielding a significant amount of its own produce for its culinary creations (and they team up with local food producers for anything that doesn’t come out of their own soil). The menu lists the local growers and suppliers they work with, and they’re Ocean Wise-certified, a Vancouver Aquarium program that denotes when a menu item is an ocean-friendly seafood choice. Enjoy poached steelhead trout or lamb loin and neck ravioli within the beautiful setting – a former residence dating back to 1891, now an Alberta Heritage site.

4. Three Boars, Edmonton
Set in Edmonton’s charming Garneau neighbourhood, Three Boars is a vibrant gathering place. Small dishes starring local ingredients are on the menu, along with a large selection of beers (many are local and Canadian craft varieties). The menu changes often to accommodate what’s in season from their list of growers and suppliers, but you could find dishes like panzanella salad, Alberta lamb kofta and braised lamb shank.

7. Robin des Bois, Montreal
Now here’s a restaurant you can really feel good about. Not only does Robin des Bois’ menu change according to what’s available from their local suppliers, the restaurant is a not-for-profit staffed almost entirely by volunteers. All profits are redistributed to local charities who work within the community to rid of poverty. Set in Montreal’s vibrant Plateau neighbourhood, you’ll be chowing down on dishes like roasted squash salad with organic quinoa, fennel and kale or lamb ragout with arugula salad and perhaps you’ll sign-up for a volunteer shift too!

8. Two if by Sea, Darmouth, N.S.
An adorably quaint café in Halifax’s neighbouring Dartmouth, Two if by Sea offers mouthwatering baked goods alongside rich espresso-based drinks. Think flaky, buttery croissants, soft cookies and muffins bursting with fruit. Once a month this friendly gathering place offers a dinner series: TIBS Family Dinners. The café transforms from sunny coffee shop to elegant dining room for the monthly meal series and the chef creates a unique and locally sourced menu. The emphasis is on friends, family and community. (There’s also a location in Halifax.)

Did we miss one of your faves? Tell us about it in the comment section below.