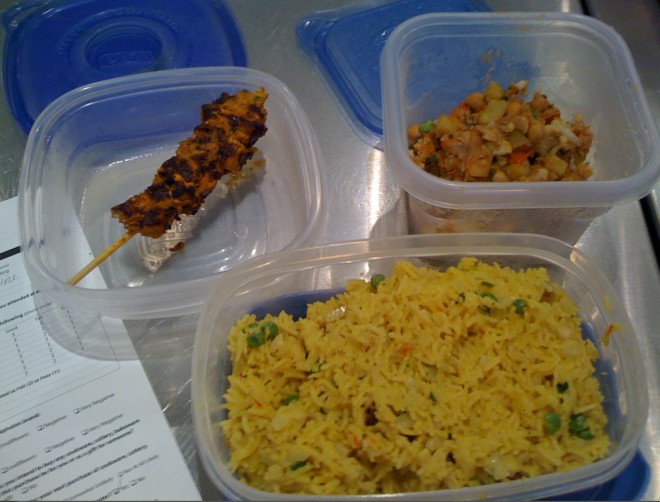 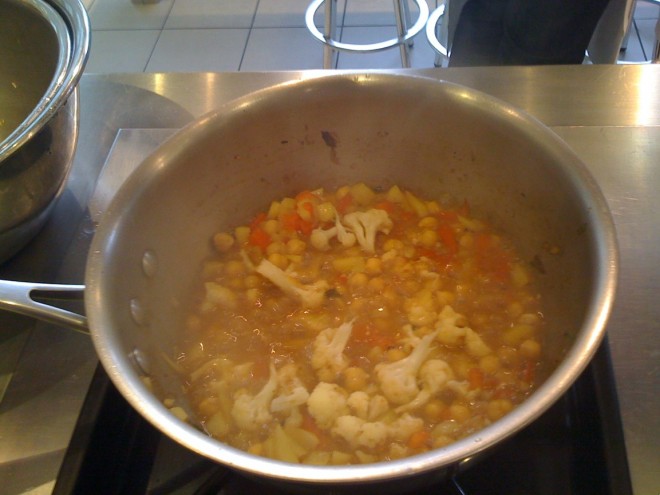 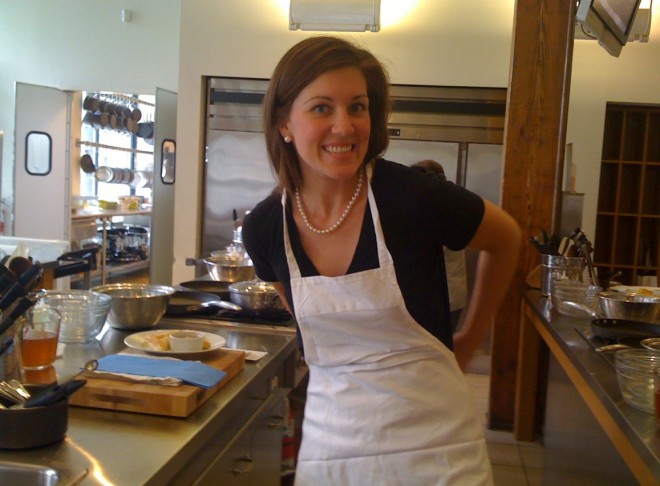 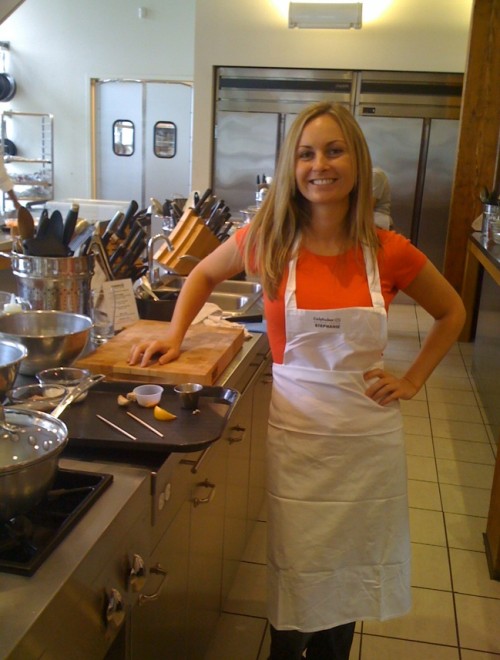 Chatelaine’s assistant style editor Kate Daley may know her way around a shopping mall, but when it comes to the kitchen she admits she’s more than a little lost. She recently attended her first cooking class and thought she’d share what she learned from the experts: I can’t cook to save my life. I eat a lot of raw veggies and easy meals, but technically speaking, I wouldn’t describe much of what I eat as “cooked”. So when we decided to take my friend to an Indian cooking class for her birthday, I figured it would be an opportunity for me to work on my severe lack of culinary skills as well. I’ve always wanted to be one of those women who could just whip up a soufflé with whatever ingredients she had around the house all while setting her hair and wearing a nice high-waisted skirt but I’m really just not that talented. The now famous book Julie and Julia actually bothered me because clearly Julie Powell could already cook! In one of the first chapters of this “anyone-can-learn-to-cook” book she puts together a soup with leeks and potatoes in no time at all. I’m a lot less advanced than that. Let’s just say cereal or veggies and hummus may occassionally constitute dinner. So before we began our Indian cooking class at Calphalon I was a little bit nervous.

Steph, the birthday girl, on the left and Meghan, right, getting ready to cook up a spicy storm.

But it was easy! At our class we made chicken tikka (spicy but delicious marinated chicken on skewers), Aloo Gobi (spicy vegetarian dish made of potatoes, cauliflower and chick peas), as well as basmati rice pulao (sapphron rice with a cinnamon stick in it for flavour). While I learned to cook specific Indian recipes I also got the chance to ask questions as we went along. Here are some interesting tips: – The first was how to care for your knives. Use a diamond steel sharpener at home, making sure to sharpen both sides evenly and don’t use one of those clanging sharpening services that come down your street – they’ll inevitably cut it down too much, said our chef. – Once they taught us  how to care for our knives and how to hold one so we didn’t chop off our fingers,  our chef showed us how to slice an onion and garlic so you get the most even cuts. Place your knife over the garlic, hitting it with your fist so you break it open and release the lovely garlic flavour. Then you can chop it into tiny bits and use the end of your knife flat on its side to smooth down the pieces so they release the oil and then you can chop them up more.  I also learned something interesting: If you react to garlic or onions (hello, sensitive stomachs) try taking out the green portions. The chef said that’s the part that is still growing and usually irritates the digestive tract the most. And if you’re cutting up coriander, fold it into a bunch to make your job a whole lot easier. – Always throw onions into the pan first, then add the aromatics such as ginger and garlic and as soon as they start to smell you add the next ingredient.

– I got the inside scoop on spices.  Coriander and cilantro are the same plant. Coriander is the seed, and cilantro is the leafy herb. – I also learned the importance of marinating. Seems really simple, but if you marinate your meat overnight it tastes a hell of a lot better! And you can add tons of fat-free spices instead of oil or butter. Usually I just grill chicken last minute with with spices or garlic, but the flavour never really sticks. For the chicken tikka recipe (kebob pictured below) we made a marinade of paprika, chili powder, a ground cardamom pod, coriander, cumin, cinnamon, ground turmeric, ground cloves, grated ginger, and cilantro with yoghurt to hold it all together. We let it sit for as long as possible and then grilled away. It was so delicious! – There are many details to potatoes: Young potatoes are low in starch and high in sugar so they hold their structure better (such as scalloped potatoes.) Old potatoes are low in sugar and high in strach so you can use them for things like mashed potatoes or frying because they won’t brown as much. – The instructor also recommended that you dry roast your spices first. For example, put your cumin or coriander in the pan on a dry heat it can often allow the spice to better release its flavour. – And finally, be environmentally friendly by put everything from your garbage bowl into a pot to make stock for soups.

The final meal all ready for us to take home. It was enough food for almost a week!

It was delicious and I’d definitely recommend the recipes if you’re looking to try some out yourself. Trust me, it’s worth the time and effort and would make a great date or night out with your girlfriends. (We had a few glasses of wine to make using sharp knives and hot metal more entertaining.) There are also some great recipes on their site if you’re looking for dinner party ideas and these classes aren’t necessarily for beginners. Both of my friends could cook already and they learned a ton. – Kate Daley