Not only does Carolyn feed a family of five at home, but she also manages the Chatelaine Kitchen budget. 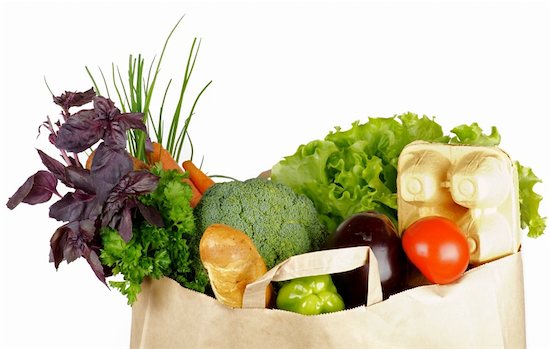 The cost of keeping a family of five properly fed and watered has upped my grocery budget by at least 30 percent in the last year, even with my penny-pinching ways. Managing the Chatelaine Kitchen budget I’ve also noted a major increase in our grocery bills, and apparently I’m not alone: An Ipsos Reid study conducted from April 2 to 15 for the Royal Bank found that 57 percent of Canadian consumers feel the same way.

Here are my top five ways to keep within my budget:

Online flyers: Flyerland.ca is my weekly go-to savings website. They’ve done the legwork and at a glance I can zero in on which grocery chains have the lowest price on any item (even sorted province by province.) They also have deals for health and beauty, home and garden, clothes and yes, even electronics.

Cheaper cuts: I often walk past the sirloin and T-bone steaks and load up on cheaper cuts of meat like blade, inside round roasts and picnic pork shoulder when they’re on sale. I’ve turned them into everything from delicious beef bourguignon to moist pulled pork in my go-to slow-cooker.

Meatless meals: Was I relieved when the four men in my house didn’t protest the night I served a meatless meal? You bet! Protein-packed grains like quinoa and pulses like lentils have taken the pressure off having meat every single night. My savings on buying larger bags of lentils have gone towards getting specialty cheeses for some of our vegetarian nights.

Door-crasher Specials: I am never shy about carting three dozen eggs, four loaves of bread or four bottles of dishwasher detergent home when my local grocery store features these weekend specials. After all, these deals are there to reel shoppers in, so I take advantage.

Switching portions: The thought of putting on a bathing suit this summer has me serving less meat and heaping on the vegetables and whole grains instead. It’s proving easier on the wallet — and on the waistline.

FILED UNDER: groceries save money tips