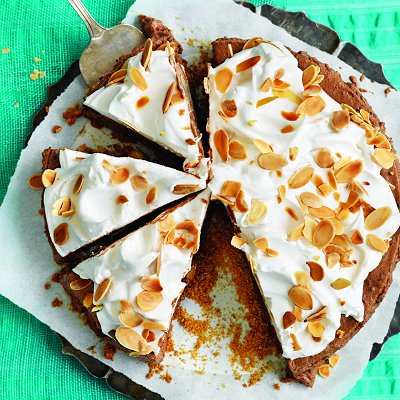 This dazzling s’mores cake is a grown-up version of the campfire favourite, and an easy dessert that makes the summer season even sweeter.

Use pasteurized egg white for mousse (3/4 cup) if desired, but not for meringue — it won’t stiffen as well.

Lightly cooked egg whites are generally safe to eat but may pose a risk to young children, pregnant women, the elderly or anyone with a compromised immune system.