Anne Kingston: Workplace Sexual Harassment Is The Systemic Rot That Can't Be Measured

A new poll tells us what the current deluge of scandals implies: harassment rooted in gender power imbalances is an epic problem. 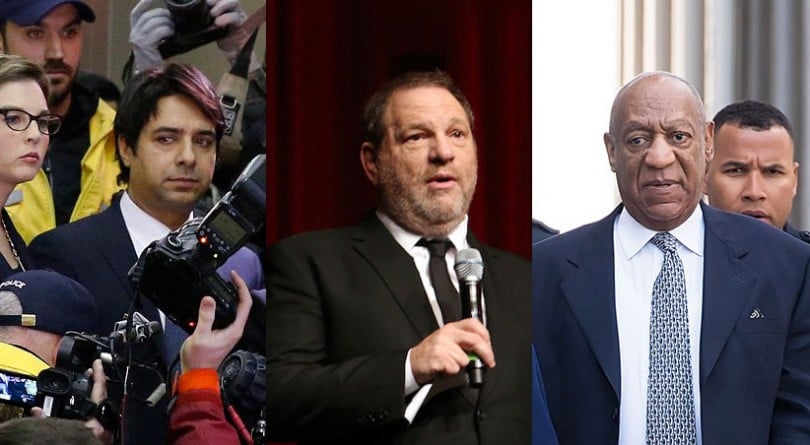 How many women must come forward before it sinks in that gender power imbalances reflected in sexualized harassment is an epic systemic problem? A million? A billion? A trillion? Gretchen Carlson, the former Fox News anchor who successfully sued the network’s founder, Roger Ailes, for sexual harassment, framed the issue succinctly last April when she appeared at the Women in the World Summit in New York City: “In 2017, every damn woman has a story and we have to change that.” Those accounts poured out in the #MeToo campaign, part of the snowball effect triggered by horrific reports that producer Harvey Weinstein sexually harassed and assaulted women for decades. One #MeToo tweet, read on CBC’s The Current this week, addressed the pervasiveness of harassment in women’s lives: “If you know someone who this hasn’t happened to, let me know what bubble they live in.” 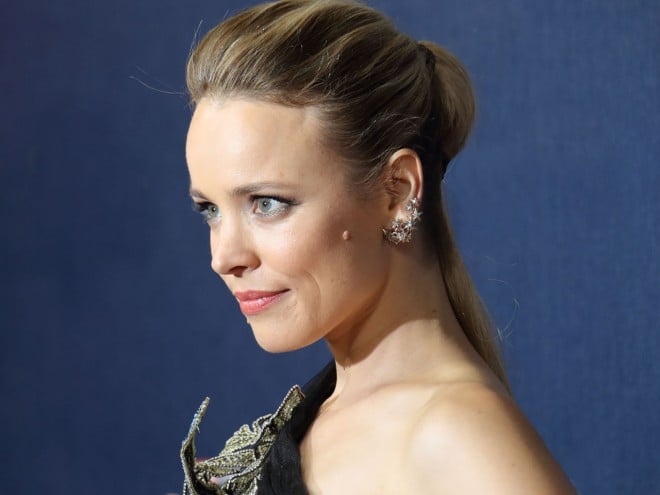 Rachel McAdams Says Director ‘Was A Predator’, And She Was Given No Warning

No workplace, it appears, is exempt: those that police sexual assault (here and here), those that report on sexual harassment and assault (here and here). The restaurant industry has been called out (here and here). So have those who control the cultural and political narrative. New York magazine has compiled a handy list of the top 10 most powerful men outed post-Weinstein here (count on it to be updated daily). The “Harvey effect” has also seen men whose behaviour has been an open secret within their industries facing consequences: photographer Terry Richardson, creep extraordinaire, was black-listed from working for Condé Nast International publications; Leon Weiseltier, longtime literary editor of The New Republic and famous high-brow lech, has seen his reputation smeared.

Workplace harassment is not only “women’s problem” we’re learning, as men too are coming forward, among them actors Terry Crews and James Van Der Beek. A new Abacus Data poll whose results were provided to Maclean’s reveals more than half of Canadian women say they’ve experienced “unwanted sexual pressure” in the workplace. But an even more surprising statistic emerged: 14 percent of men report the same. The highest percentage (22 per cent) of men were between 30-44; the lowest was men over age 60 (10 per cent). This finding corresponds with a new poll of men by Instamotor in the U.S.; more than a quarter of men report they have been sexually harassed or assaulted.

The Abacus Data survey of 1,500 (49 per cent male, 51 female) asked respondents whether they experienced “sexual pressure” in the workplace as well as whether “sexual harassment” occurred. The terms were not defined, David Coletto, CEO of Abacus Data, told Maclean’s: “They were left to define them on their own.” That’s tricky, given that we’re still figuring out how to frame the conversation. The Instamotor poll, for example, found nearly one in three men don’t think “cat-calling” constitutes harassment — which might have something to do with its benign label (“verbal harassment” would be more accurate; even there, some will contend that yelling at women on the street is a compliment).

Likewise, “sexual pressure” implies an explicit, coercive demand for sex, unlike harassment. As many high-profile examples make clear, harassment usually occurs privately, and takes insidious forms. That’s spelled out in Michelle Cottle’s account of working with Weiseltier in The Atlantic; she describes him as “a famously ‘touchy’ guy” who “delighted in making young women sexually uncomfortable.” Again, it came down to power. “No one I spoke with was ever physically afraid of him,” Cottle writes. “Yes, some feared his ability to make their lives miserable and ruin their futures. (No one ever doubted his ability to do this.)” The Weinstein example also makes clear being harassed can leave many filled with doubt and blame. Writing in Variety, Heather Graham recalled being confused after a confrontation with Weinstein. She kept asking herself: Did that actually happen? Why did I put myself in that position? Am I overreacting?

Many women learn to internalize and normalize unacceptable behaviour. Speaking on the CBC’s The Current this week, Globe and Mail columnist Margaret Wente criticized the #MeToo campaign and discussion around it for its “over the top” tone which “demonizes men and portrays all women as victims.” A”big gulf” exists between someone who’s physically attacked and someone forced to endure a shoulder rub from the boss, she pointed out, which is true. What is also true is that those behaviours exist on a continuum that needs to be addressed in its totality (Weinstein’s reported behaviour, for instance, ranged from unwelcome invitations to watch him shower to rape).

That’s a low behavioural bar — one that indicates a failure to understand the erosive effects of ongoing harassment, as well as the simple fact it’s wrong. That point is made by author Christina Baker Kline in Slate where she recounted being groped by former President George H.W. Bush: “I wasn’t traumatized. I’m not angry,” she wrote. “But it shouldn’t have happened. I hope all these stories that women are finally sharing about their experiences will begin to effect change.”

Effecting any kind of change requires restructuring of workplace power, as Toronto and Montreal restaurateur Jen Agg writes in a terrific piece in the New Yorker. Agg points out that harassment within the testosterone-fuelled restaurant industry won’t end until more women are in positions of authority. Men too to must engage, as seen recently when Globe and Mail health reporter André Picard stepped down from appearing on a 10-person panel at a McGill University health conference because no women sat on it. The action may appear to only protest lack of panel diversity, but it also strikes far deeper: calling out the dynamics that create the imbalances that set the stage for harassment.

Regretfully, I’ve withdrawn from the #Trottier2017 Symposium roundtable because it consists of 10 men. #NoMoreManels for me. @McGillOSS

The deluge of harassment revelations has caused many men to examine their own role in it, specifically their silent complicity in “doing nothing.” This week on Facebook, Michael Panter, the former boyfriend of a Fox employee who charged Bill O’Reilly with harassment, revealed how Fox News’ HR department protected its star host. His ex was gagged by a NDA, Panter writes, so he chose to expose the way systemic protections worked. His account recalled a remark made by Gretchen Carlson’s lawyer, Nancy Erika Smith, at the Women in the World conference lodging a harassment complaint with HR: “Only call HR if you would call the KGB to report on Putin,” she advised.

As we’re seeing,”un-empowering” those who’ve abused their power via shaming and economic penalties is proving more effective. Last week alone, O’Reilly was dropped by his literary agency, Wienseltier was out of a job, Terry Richardson has become an industry pariah, Mark Halperin was dropped by NBC and had a book and HBO mini-series cancelled. What this week will bring in terms of revelations is unknown. It’s safe to assume there will be more.