Don Cherry’s racist rant about immigrants not wearing poppies for Remembrance Day has inspired many to share stories about people of colour who fought in the World Wars. 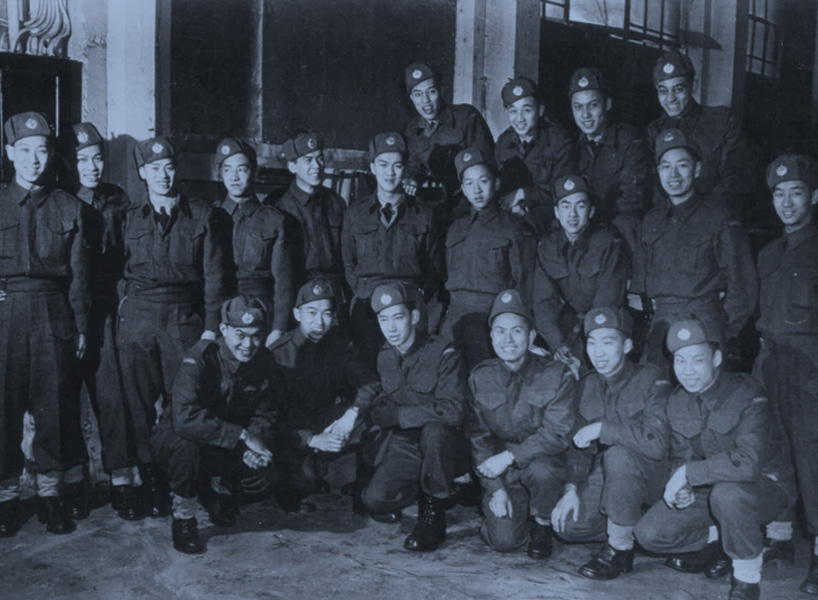 On Sunday morning, I woke up to the news that Don Cherry was trending. As someone who is not a big hockey fan and only knows Cherry as that old white guy who wears obnoxiously loud suits on TV, I didn’t think much of it. But when I found out the reason he was trending—his racist and xenophobic comments on Canadian immigrants—I started to pay attention, as I myself am a child of immigrants.

During Saturday night’s broadcast of Coach’s Corner with Don Cherry and Ron MacLean, the 85-year-old Hockey Night in Canada personality went on a long rant about immigrants in Toronto and Mississauga, Ont. (where he lives), who (allegedly) don’t wear poppies, which he equates with not caring about veterans.

“You people…love our way of life, love our milk and honey,” said Cherry. “At least you could pay a couple of bucks for poppies or something like that. These guys paid for your way of life that you enjoy in Canada; these guys paid the biggest price.” (Note: Sportsnet, the NHL and MacLean have issued apologies, and Sportsnet later announced they had fired Cherry because of his comments. Cherry told the Toronto Sun “I know what I said and I meant it.“)

“You people… love our way of life, love our milk and honey. At least you could pay a couple of bucks for poppies or something like that. These guys paid for your way of life that you enjoy in Canada.”

Ron MacLean nodded and gave a thumbs up. pic.twitter.com/OXnIwV1n9T

I, like many other Canadians, was furious. As a second-generation Chinese-Canadian who works with Canadian veterans and lives in Toronto, Don’s comments felt like a direct slap in the face. Whether or not I or other Canadians wear a poppy is not an indicator of our appreciation and gratitude for veterans or lack thereof.

But my rage started to turn to curiosity when I noticed something wonderful unfolding on social media in response to Cherry: People were beginning to share stories about the lesser known people of colour who fought for Canada and the Commonwealth, soldiers who risked their lives despite being treated as second-class citizens at the time.

Don, let me introduce you to “#youpeople”

My great grandfather, Hira Singh, who served in WW1 & WW2 under the British.

We honour all who served. #RemembranceSunday pic.twitter.com/pNeBlJMC4R

.@CoachsCornerDC My maternal grandfather (seated far left) fought in WW2. I am the daughter of immigrants. I love hockey. I am sports writer. And I refuse to accept your anti-immigrant rhetoric on the @hockeynight platform.
You are a disgrace. For shame. #BoomerNightinCanada pic.twitter.com/bK9vc1XXzK

Don Cherry, my grandfather fought in WW2, he was 1 of the few Arabs in the Canadian army, fighting in the Battle of Ortona, killing every fascist he saw. He came home deaf in 1 ear, shrapnel in his back & shell shocked. He didn’t do all that so you could whitewash war heroes. 🖕 pic.twitter.com/WDzLtcopaw

It was then that I learned of the Chinese-Canadian heroes who helped pave the way for equal rights for Chinese immigrants in Canada: the members of Force 136.

Through Force 136, Chinese-Canadians demonstrated their loyalty to Canada, a country that all but rejected them

Force 136 was a branch of the British Special Operations Executive (SOE) during World War II that was comprised mostly of Southeast Asians, including about 150 Chinese-Canadians. Its mission was simple: to infiltrate Japanese-held territories in Southeast Asia, something white soldiers had difficulty doing due to the diverse populations and languages and lack of trust among locals. To British intelligence, Chinese-Canadians were the “perfect” recruits as they were ready and willing to join the war effort, could easily blend in among local populations in China and spoke both English and Cantonese.

But prior to and during the war, Chinese immigrants in Canada were considered lower-class citizens. Federally, the Electoral Franchise Act of 1885 explicitly denied Chinese-Canadians the right to vote. Additionally, Chinese-Canadians were not allowed to practice in professions such as law and medicine, and they were subject to a head tax, a fee charged to each Chinese immigrant entering Canada, which started at $50 in 1885 and jumped to $500 per person by 1903. While many enlisted to be in the army, they were either not accepted to certain branches of service or recruited but never called to active duty because of their race. According to Henry Yu, a professor in the history department at the University of British Columbia, the federal government did not want Chinese-Canadians fighting in the war for fear that they would return home and demand the right to vote.

“They’d seen it already because several hundred Chinese and Japanese had fought for Canada in World War I, and when those veterans returned they asked for the vote. So they knew from experience in World War I that this was going to be a problem,” Yu told the Canadian Press. “They wanted to maintain white supremacy.”

Still, Chinese-Canadians wanted to demonstrate their courage, skills and loyalty to Canada, so they jumped at the chance of recruitment into Force 136. They endured vigorous training to learn commando and warfare techniques such as stalking, silent killing, demolition, survival (including how to swing from tree to tree), parachuting and silent swimming. Swimming was one of the biggest challenges as most Chinese were banned from public pools at the time, so few knew how to swim. Those who made it to Southeast Asia endured rough conditions in the jungle, suffering through malaria and broken bones and enduring high heat, humidity and monsoon rains. Their duties were so intense that they were dubbed a “suicide mission,” and Force 136 soldiers were provided with cyanide should they be caught by the Japanese and forced to speak.

Fortunately, when the Japanese surrendered in 1945, the Chinese-Canadian men from Force 136 survived. Most sailed back to Canada via England, but those stationed in Australia were left to their own devices—no plan had been put in place to get them home as they hadn’t been expected to return alive. Many were forced to work on cargo ships in order to “earn” their way back to Canada. And back in Canada, Chinese-Canadians were still denied the right to vote.

Despite their poor treatment following the war, soldiers from Force 136 banded together to fight for the right to vote. HuffPost Canada reports that Chinese-Canadian vets led a “coalition of churches, unions, civic groups and veterans’ associations into pressuring the government to end the exclusion of Chinese-Canadians” from voting, according to “Beyond Being Others: Chinese Canadians as National History,” a journal by Lisa Rose Mar. And their efforts paid off. In 1947, Chinese-Canadians were granted the right to vote and the Chinese Immigration Act of 1923 (a.k.a. the Chinese Exclusion Act), which banned the entry of virtually all Chinese immigrants for 24 years, was repealed, allowing Chinese-Canadians to become Canadian citizens. It’s for this reason that the Chinese-Canadian community considers the efforts of Force 136 to be a “double victory”: Not only did Chinese-Canadians help secure victory for the Allies but their willingness to fight for Canada also helped their community gain full citizenship rights.

Despite how awful Don Cherry’s rant was, it did open up a bigger conversation around war heroes who are people of colour

It’s believed that the story of Force 136 is not widely publicized because its recruits were sworn to secrecy. According to Legion Magazine, many Chinese-Canadian veterans did not even tell their families about their exploits in the war. And to minimize security risks, field notes were not kept and records were often trashed. By the time historians started telling their stories, many of the veterans had already died. Catherine Clement, curator of the Chinese Canadian Military Museum in Vancouver’s Chinatown, told the Canadian Press that the little-known story of Force 136 has been mostly forgotten and there are few records of the group of spies that was part of Britain’s SOE.

Before this story came to light in response to Don Cherry’s racist rant, I had never heard of Force 136. I was shocked that I had not been taught about these men—who played an integral part in shaping my life in Canada today—in my history classes in school, and I wondered if I ever would have found out about these heroes had people not started posting immigrant war stories to prove Cherry wrong. His comments were awful and offensive, but there has been a silver lining to them: They have opened up a conversation surrounding POC war heroes, bringing to light their little-known yet utterly inspiring stories. As it turns out, “we people” played an incredibly important role in serving Canada during the war.