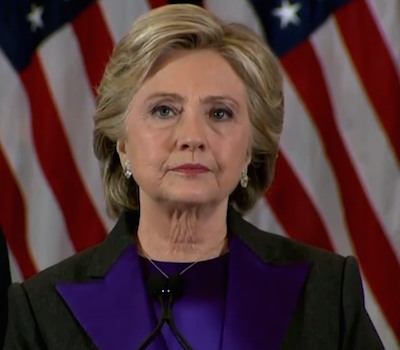 For countless women in Canadian politics, Tuesday’s U.S. election added insult to injury: not only did Hillary Clinton fail to shatter the glass ceiling, but it was none other than Donald Trump who thwarted her efforts.

“I think a Trump victory is a disaster, not just for Canada, but for the world,” said former Progressive Conservative prime minister Kim Campbell.

As Canada’s first female PM, Campbell was looking forward to seeing Clinton reach a similar milestone, sending a powerful message around the globe that would help normalize the idea of women in leadership positions. She was also keen to see Trump go down to defeat.

Campbell was troubled by his admiration for Russian President Vladimir Putin, as well as the stoking of sexist, racist, anti-judiciary and anti-institutional sentiments among the electorate — something that could have a profound effect on the strength of American democracy going forward.

“I think that this is a man who is so ignorant about the geopolitics of the world, so uninformed and incurious that he is extremely dangerous and I think it’s a big challenge for the countries of the world to try and deal with him,” she said. “They were very frightened before the election, and they must be in absolute despair right now.”

Green party Leader Elizabeth May was similarly blunt. “It’s clearly horrific,” she said. May said Trump has promised to withdraw the U.S. from the Paris Agreement on climate change, a move she’s convinced could end up destroying the whole thing. “The possibility that the U.S. electorate has just condemned our grandchildren is a significant risk,” she said.

There was also a high degree of disappointment over having come so close. “I was so confident, you know? A woman president!” Olivia Chow, the former NDP MP from Toronto, said before letting out a big sigh. “People are not ready for female leaders.”

Nancy Peckford, executive director of Equal Voice, agreed that sexism likely played a role in the result. “It makes us wonder if the U.S. electorate was ready for a female president,” Peckford said.

Conservative MP Michelle Rempel said before she comes to any conclusions about the significance of a Clinton loss, she needs to know one key piece of information. “To me, the real issue is: how did women in the United States vote?” Rempel said. “Sometimes gender is one axis out of many.”

With files from Gwen Dambrofsky in Edmonton

More:
5 things I learned as a Canadian volunteering for Hillary Clinton
Prince Harry chastises press for harsh treatment of new girlfriend
Why I didn’t say goodbye to my dying mother