Canadians don't tend to get as excited as Americans about their Supreme Court justices. Let's change that — starting with the Rt. Hon. McLachlin. 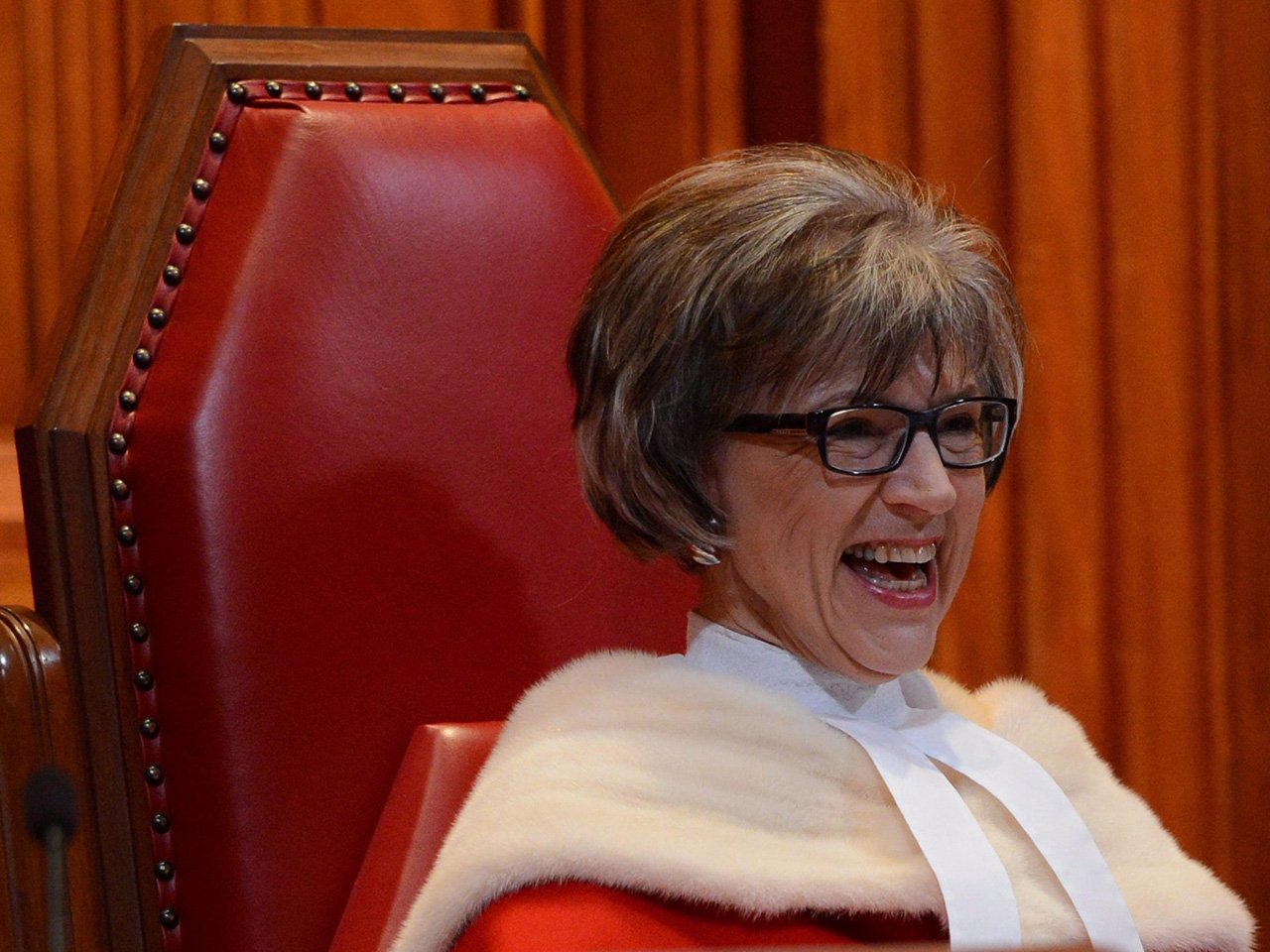 Supreme Court of Canada Chief Justice Beverley McLachlin has announced she will step down after 28 years of deliberating Canada’s trickiest and most society-shaping cases. The jurist from Pincher Creek, Alta. — now 74 — has led the way on history-making laws, from assisted suicide to same-sex marriage. As Prime Minister Justin Trudeau said Monday: “Chief Justice Beverley McLachlin’s trailblazing influence on Canadian law will echo for generations.” We don’t tend to show our appreciation to our Supreme Court justices quite like the Americans do, but to give McLachlin a bit of the Notorious RBG treatment (she has 30 honorary degrees from across Canada!), let’s list a few ways our outgoing top justice is a total badass.

McLachlin was the first woman appointed to the top job of Canada’s chief justice in 2000, with 11 years in the Supreme Court under her belt before that promotion. But McLachlin didn’t just break that record — she’s also Canada’s longest-serving chief justice ever with 18 years in that role. McLachlin also stepped up to be this country’s administrator in 2005, when then-Governor General Adrienne Clarkson underwent surgery. It was in that role that she gave royal assent to the Civil Marriage Act, effectively legalizing same-sex marriage.

She led the court to some groundbreaking rulings

McLachlin led the court to some groundbreaking rulings for Indigenous peoples, underlining, the Canadian Press wrote, “that governments have a duty to consult and accommodate aboriginal people before making decisions that could affect First Nations.” 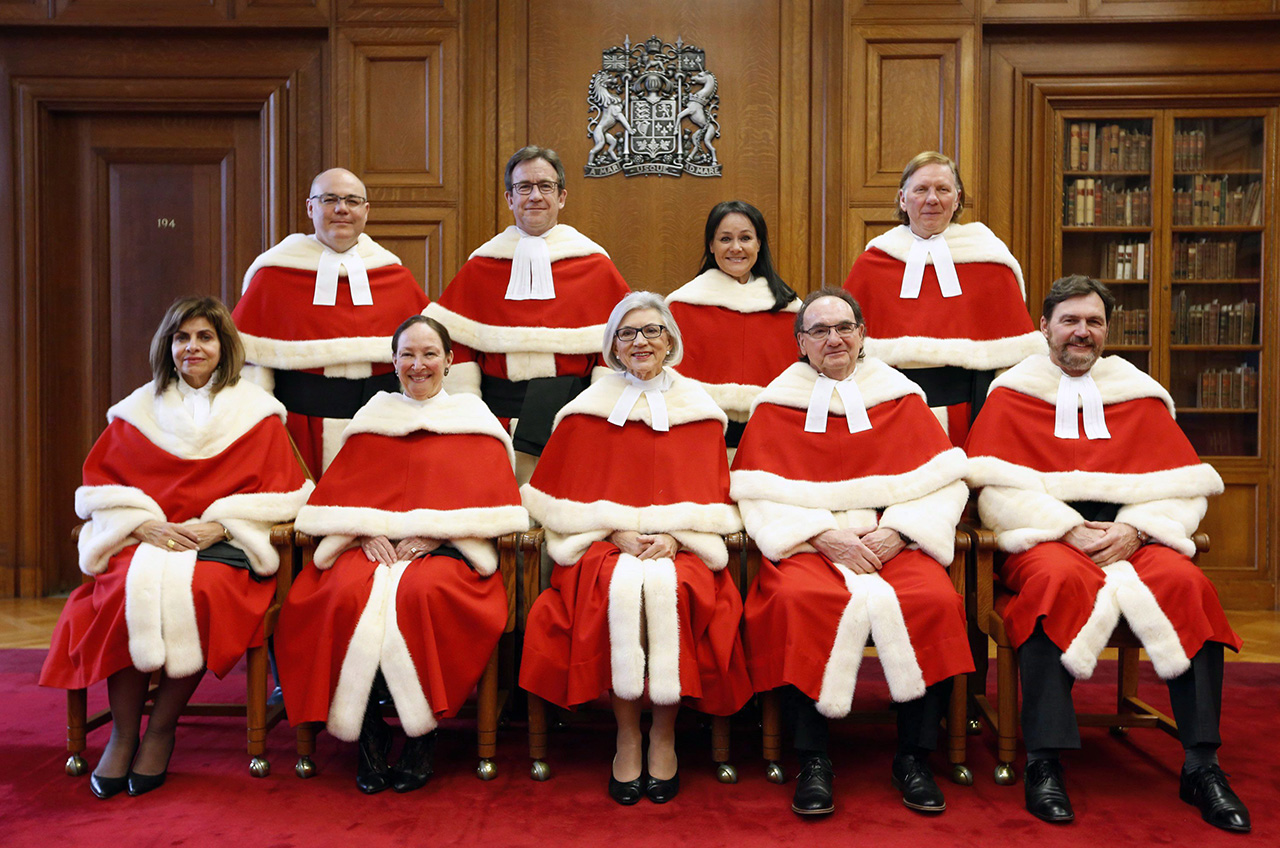 She made the Supreme Court more accessible to Canadians

Worried that Canadians didn’t know about their top court and how decisions are made, the Supreme Court of Canada start webcasting its proceedings in 2009 under McLachlin’s tenure. “People tune in,” McLachlin told Maclean’s, “and they say, ‘Who are those strange people sitting in their robes?’ and they learn a little about the court, and the civilized dialogue that goes on there.”

She wasn’t afraid to stand up to government

The McLachlin-led Supreme Court said no to unilaterally set Senate term limits, among various other Senate reforms (which would, the court ruled, require constitutional amendments and provincial consultation) requested by then-Prime Minister Stephen Harper and supported a Vancouver safe injection site which the then-Conservative government did not. It also turned down Harper’s nomination of Quebec judge Marc Nadon, with the court ruling he didn’t meet “the constitutional criteria” (in turn, the Prime Minister’s Office said the Supreme Court acted “inappropriately” — a finger wag that had international jurists demand an apology).

Who among us doesn’t dream of doing that? McLachlin will leave her post Dec. 15, about nine months before Supreme Court justices must retire (when they turn 75, which she does in September 2018). She’ll leave a hell of a career behind, but we wouldn’t put it past her to kickstart another.

More:
‘There are two ways you can deal with this’: Parenting a child through cancer
Subscribe to our newsletters
‘This is my truth’: Roxane Gay’s hard look at her body