Why Powerful Women Are Wearing White

It’s not by accident. A quick history of the significance of women wearing white as a political statement. 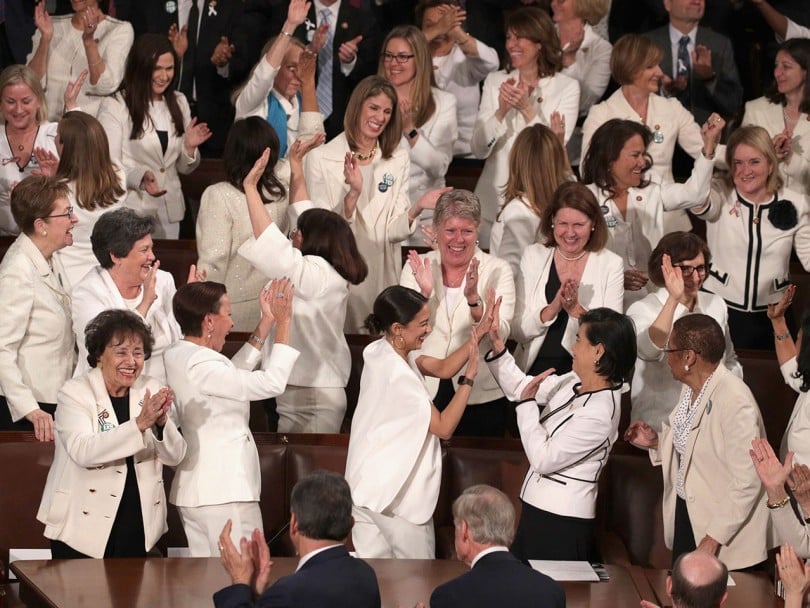 If one image dominated this week’s U.S. State of the Union address, it was the sight of House Speaker Nancy Pelosi and the majority of the 89 female Democrats wearing bright white against a backdrop of their male colleagues’ grim, dark suits. Their outfits served as a statement of unity against President Trump’s policies negatively affecting women, proof of women’s growing clout in politics and a reminder of a long tradition that dates back much further than Hilary Clinton’s famous white pantsuits.

Why white? It was often worn by suffragettes as a symbol of purity, along with the colours purple (which represented loyalty) and green (hope). Clinton, aware of this history, wore white at her nomination, during two of her debates with Trump, and at Trump’s inauguration. In 2018, when Melania Trump arrived in a white Christian Dior suit to President Trump’s first State of the Union address, she prompted speculation that the outfit was a sly signal of sympathy to Clinton and to the participants of the previous year’s Women’s March. At this year’s address, for reasons we’ll likely never know, Melania reversed course and wore all black.

Here, a gallery of notable women making a political statement by wearing white. 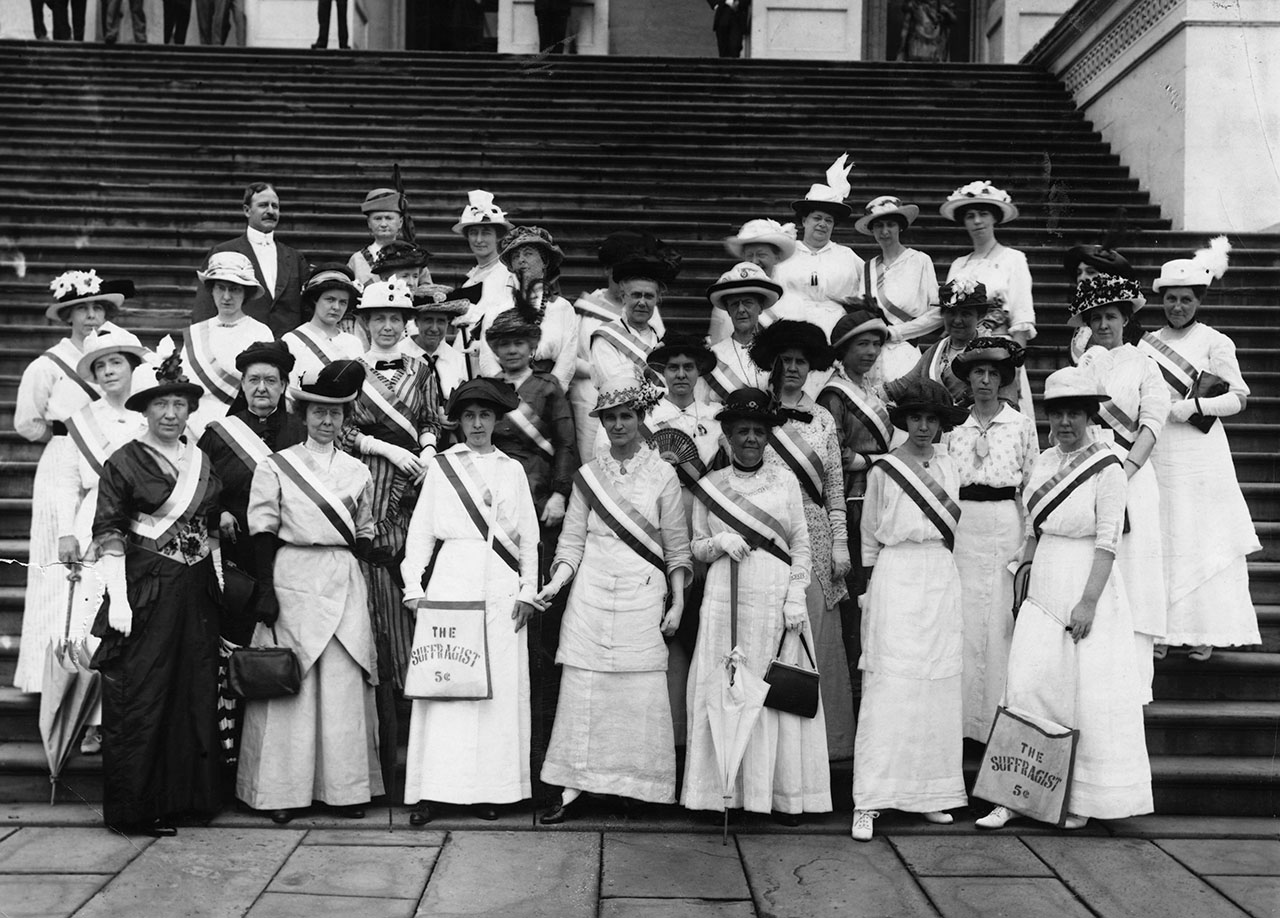 The official colours of the suffragette movement were white for purity, green for hope and purple for dignity. In this photo from 1918, a group of American suffragists rally together at the Capitol and House Office Building — mostly in white dresses.