The Queen Responds To Meghan And Harry's Big Announcement

'These are complicated issues that will take time to work through.' 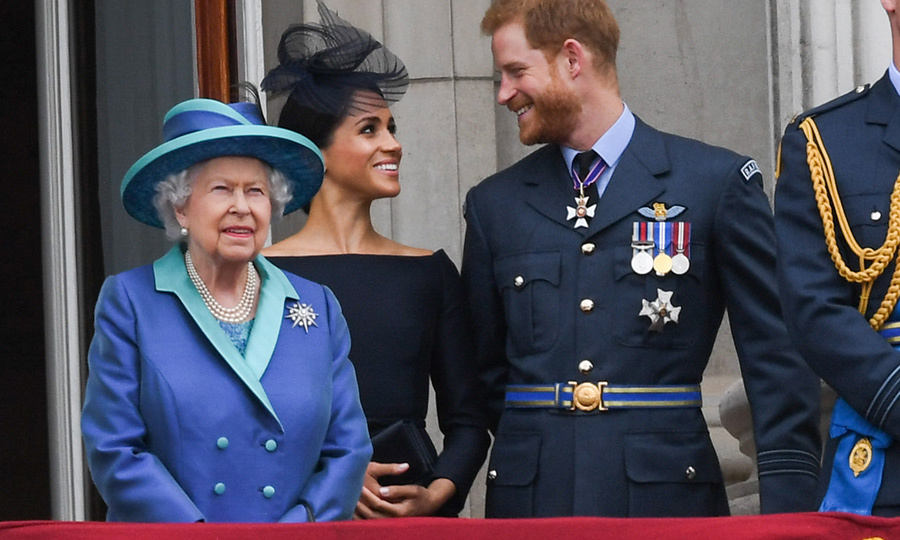 The Queen has issued a statement following Prince Harry and Duchess Meghan’s shocking decision to step down as senior members of the Royal Family, which they announced on Jan. 8.

The Duke and Duchess of Sussex revealed their plans in an Instagram post the same day, in which they said they want to work to become financially independent and will split their time between the UK and North America.

“Discussions with The Duke and Duchess of Sussex are at an early stage,” Her Majesty’s statement, issued through her office at Buckingham Palace reads. “We understand their desire to take a different approach, but these are complicated issues that will take time to work through.”

In sharing their big plans, the Sussexes said they wanted to “carve out a progressive new role” within the institution of the Royal Family. They said while they would be stepping back from senior duties, they would continue to support the Queen, Commonwealth and their patronages.

“After many months of reflection and internal discussions, we have chosen to make a transition this year in starting to carve out a progressive new role within this institution. We intend to step back as ‘senior’ members of the Royal Family and work to become financially independent, while continuing to fully support Her Majesty The Queen. It is with your encouragement, particularly over the last few years, that we feel prepared to make this adjustment. We now plan to balance our time between the United Kingdom and North America, continuing to honour our duty to The Queen, the Commonwealth, and our patronages. This geographic balance will enable us to raise our son with an appreciation for the royal tradition into which he was born, while also providing our family with the space to focus on the next chapter, including the launch of our new charitable entity. We look forward to sharing the full details of this exciting next step in due course, as we continue to collaborate with Her Majesty The Queen, The Prince of Wales, The Duke of Cambridge and all relevant parties. Until then, please accept our deepest thanks for your continued support.” – The Duke and Duchess of Sussex For more information, please visit sussexroyal.com (link in bio) Image © PA

“This geographic balance will enable us to raise our son with an appreciation for the royal tradition into which he was born, while also providing our family with the space to focus on the next chapter, including the launch of our new charitable entity,” they continued.

Harry and Meghan recently returned from a six-week break from royal duties, in which they spent time in Canada. The Sussexes and their eight-month-old son, Archie, reportedly celebrated Christmas and American Thanksgiving in our country, and had Doria Ragland, Meghan’s mother, with them for part of their break.

They were said to have stayed in a home on Vancouver Island near North Saanich, just north of Victoria, and were also joined by many of their friends, including Meghan’s former Suits co-star Abigail Spencer and actress Janina Gavankar.

The Sussexes stepped out to Canada House in London on Jan. 7 to thank Janice Charette, Canadian High Commissioner to the U.K., for our country’s hospitality during their stay here. It is not known at present time whether they plan to spend more time in the country, though Meghan has a strong connection to Canada, having lived in Toronto for seven years while she starred on Suits.