Imperfect produce is easy on the wallet, cuts down on food waste and, if you look a little closer, those gnarly carrots aren't so hideous after all. 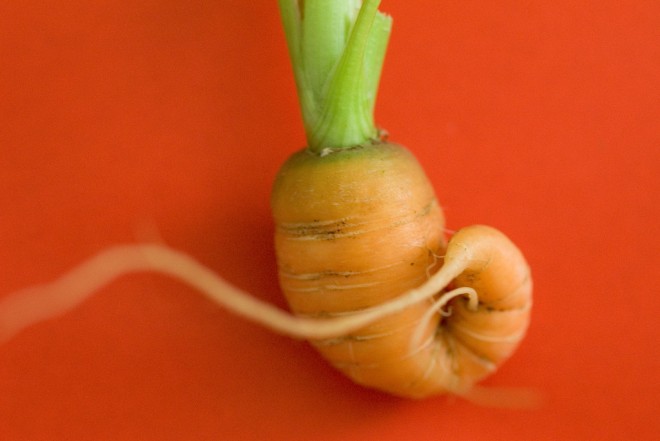 Ugly food is so hot right now. Naturally Imperfect, a line of bruised and blemished apples and potatoes that Loblaws launched as a trial last year, is being expanded to include flawed peppers, mushrooms and onions in Ontario and Quebec. The Naturally Imperfect apples and potatoes are up to 30 percent less expensive than regular produce and have been a hit across the country, according to the company, especially in Alberta.

Considering the rising price of fruit and veggies (up 13 and 18 percent since January 2015), it’s no wonder the line has been a success. Since a pock-marked apple can be every bit as delicious as a perfect one, ugly produce is a win for your purse and your plate. It’s also good for the planet. Buying a less-than-perfect Royal Gala or Yukon Gold helps eliminate food waste, a major issue in Canada. More than 30 percent of produce in North America is thrown away due to imperfections before it makes it onto store shelves, according to the David Suzuki Foundation.

Besides, are those wonky-looking fruits and vegetables really so unappealing? Not according to Jordan Figueiredo, a California-based food activist, who uses his Instagram account @UglyFruitAndVeg to showcase the beauty of imperfect produce. Below, 10 so-ugly-they’re-actually-beautiful fruits and veggies from Figueiredo’s account that will change how you look at the produce section. 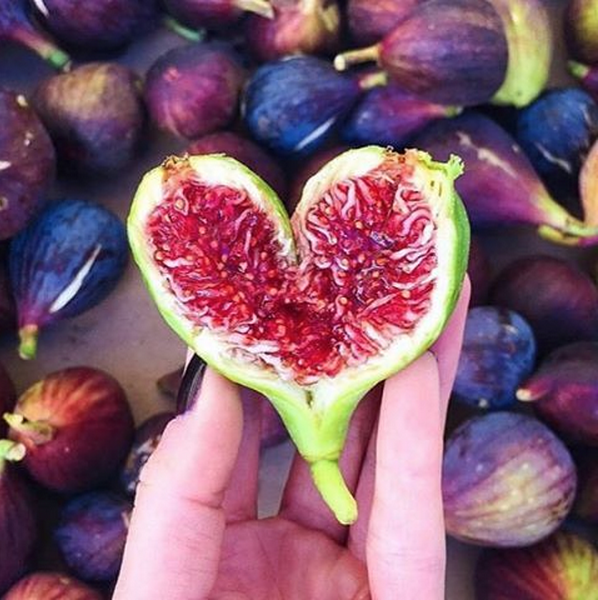 A fig with heart.

More:
How to make the best-ever soft-boiled egg
5 ways to keep your bread fresh
8 things to get rid of at home (you’ll never know they’re gone!)