Penny Oleksiak: The swimming champ who wasn't supposed to win

The 16-year-old who wasn't expected to accomplish much this year was named Canada's top athlete in 2016. 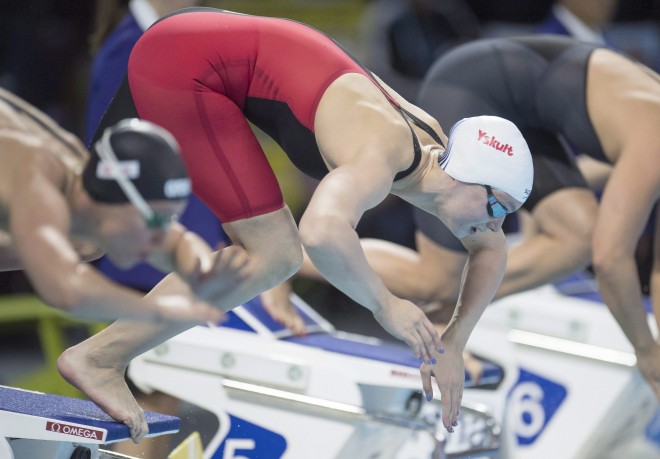 On Tuesday, 16-year-old Penny Oleksiak was awarded the Lou Marsh Trophy, the annual prize given to Canada’s top athlete. My friends, this wasn’t supposed to happen. Four short months ago, no one would ever have believed Oleksiak would be the winner. But guess what? Oleksiak’s been doing things she wasn’t supposed to do all year.

April: Broke a Canadian record in an event she wasn’t expect to qualify for

August: Won the most medals ever in a single Summer Olympics for Canada

She wasn’t supposed to win medals in those two individual events in Rio. But there she was, claiming silver in the butterfly and gold (gold! Canada’s first in the pool since 1992) in the freestyle. She broke her own world junior record in the fly twice — first in the heats and then in the final — and set a new Olympic record in the free, together with co-gold winner, American Simone Manuel. And she anchored her team to two bronzes in the 4×100-metre and 4×200-metre freestyle relays. By day six of the Games, she had won more medals in a single Summer Olympics than any other Canadian.

She wasn’t supposed to do much at her first World Championships, which were held last week in Windsor, Ont. The competition was short course (in a 25-metre pool as opposed to 50-metre), a variation that tends to favour older and stronger athletes. Oleksiak was supposed to play a supporting role at the meet, swimming mostly in relay heats to give her teammates a break. But lo, she could not be stopped: In the end, the six-foot-one teen swam the anchor leg in three relay races, helping Canada win two golds and one silver. And for good measure, Oleksiak managed to scoop up bronze in her signature event, the 100-metre free, setting, that’s right, a new national record in the race.

In July, Oleksiak will compete at World Championships in Budapest (this time the more prestigious biennial long-course event). Here’s to whatever she isn’t supposed to do there.

Video: Chatelaine’s 2016 women of the year