'Asian Canadians Will Not Be Able To Fight This Alone': Mary Ng On Anti-Asian Racism

Canada’s federal minister of small business, export promotion and international trade on the rise of racism against people of Asian descent during the pandemic. 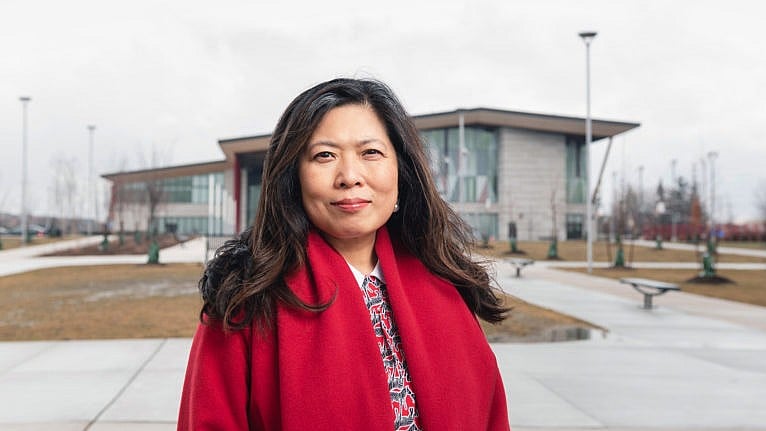 Maclean’s, Chatelaine’s sister publication, spoke with Mary Ng, Canada’s federal minister of small business, export promotion and international trade, the week after a man opened fire on three spas in Atlanta, killing eight people, including six Asian women. The attack brought renewed attention to the uptick in racism and hate crimes against people of Asian descent during the pandemic, something Ng has been outspoken about. The conversation has been edited for length and clarity.

I want to address the issue of anti-Asian racism. How have you reacted to the surge of hate crimes against Asian Canadians during the pandemic?

It has been very, very disheartening. Last year, Angus Reid did a poll and surveyed the sentiments of Chinese Canadians and it was already alarming—50 per cent of people reported they were being called names or being insulted. They were worried about their children being bullied. People adjusted their schedules and routines so they could avoid the unpleasant encounters. So for me that was sort of the beginning of it, and of late, I’ve been horrified.

It’s very personal. A couple of days ago, a friend of mine sent me a text and it was just so disheartening because the text said, “You’re not going to believe this but my 70-year-old mother in Vancouver is asking where I can buy pepper spray,” because she was worried for her safety. So I’m worried about people. We’re talking about our friends, our neighbours, frontline workers, doctors, professionals. And well, me, right? I could be walking down the street and be subjected to anti-Asian racism.

And this is not solely a pandemic-related phenomenon. You’ve seen this before.

I think if you talk to any racialized person you will hear something similar. We certainly are not immune to racism in Canada.

I grew up working in my parents’ restaurant. During this pandemic, the thing that really resonated for me, certainly as the small business minister, was, my goodness, what would we have done—at that time when I was young, and my parents were raising us, and that was the business, that was the income—if a pandemic like we’re experiencing would’ve happened?

And with the kind of business it is, a frontline type of business, you open the door and people come in, and how do you deal with the racial slurs that would be slung at you? Growing up, my parents had very heavy accents. And [there would be] microaggressions. Or snide comments. And it wasn’t that they couldn’t communicate, it was just that we communicated differently.

There’s a restaurant in your riding that seems to have struck a chord with you.

Asian Canadians will not be able to fight this alone. We need Canadians standing alongside us. In that instance, not only I visited the restaurant but many incredible Canadians showed up in support of that small business owner. Because they read about the story and were horrified about it.

How did you feel after finding out about the recent shooting in Georgia?

I remember it vividly because I was working in my office here at home, and across the headlines on the TV was this terrible, horrible violence. I was horrified. And I was just incredibly saddened. And of course the families and the communities who are now grieving in Atlanta and beyond, for sure they’re in my thoughts, and I know they’re in the thoughts of so many Canadians.

Your U.S. counterpart Katherine Tai was recently confirmed and had her first bilateral meeting with you. Did the Georgia attack or the issue of anti-Asian racism come up in your conversation?

Here’s the wonderful thing. Both in Canada and the United States, you have racialized women as ministers of trade. So I think that’s terrific. We did talk about great Cantonese food and how in Toronto, and in Markham, and in Canada, we have such a dynamic Asian community and Chinese community. I invited her up here and said, “Listen, when we can travel, you must come here and take part in this because it would be such a treat.”

What we did spend time talking about of course is how the two of us will work together closely to get us on the road to recovery.

You came into your job when the Trump administration was still in power. Would you say the tone of your conversations has shifted now that the Biden administration is in place?

I think the job of the trade minister is to absolutely stand up for Canadian business interests. Canada and the U.S. enjoy a unique and very historical relationship. Our economies and supply chains are so deeply interconnected and we have to keep working at this. I think we have done that over the last five years. My eye is always on the ball, which is Canadian interest, that of our workers, that of our businesses, making sure we continue to have access to this very important market that is the U.S. and to make sure that in this recovery we are building back better.

The word “diversification” was in your predecessor’s title but not yours. Is that still a priority? Are you looking at any new regions for trade opportunities?

We have a consultation going on right now to seek Canadians’ perspective on Indonesia. We continue to cultivate relationships in the Association of Southeast Asian Nations as a bloc, because it’s [a group of] fast-growing economies. Many of the countries there already are a part of the CPTPP and we want to continue to build on the really terrific trade agreement we already have.

The relationship with China is one of your government’s most difficult files, but trade and business ties have continued apace despite diplomatic issues. Have you had any engagement with Chinese counterparts on the economic side of the relationship?

Well, our trade policy has absolutely got to be motivated by what is in the interest of Canadians, and I as the trade minister will of course continue to support Canadian businesses that are seeking market access to China and doing business in Asia and beyond. But our top priority right now remains the release of Mr. Kovrig and Mr. Spavor, so that is very much the priority of our government and I work alongside my government colleagues on that.

As someone who immigrated from Hong Kong as a kid, what have you made of China’s incursions there?

Canada supports the rule of law. Canada supports “one country, two systems” and we have expressed concern, very consistent with this government’s policy around advocating always for a rules-based international order, and for me, certainly in trade, advocating and continuing to work on multilateral rules-based systems is what Canada will always continue to do.

How has the pandemic affected your ability to help Canadian companies look for trade opportunities?

It’s wonderful, over the course of the pandemic, despite the challenges—it has been absolutely challenging—we have also adapted. We’ve done virtual trade missions. I’ve done them to the Pacific Rim, I’m going to France next week. We’ve done business trade missions promoting CETA, so to the European Union.

Typically, if a minister were to take a trade mission somewhere, you’d have probably on the order of 30 businesses. In the virtual trade mission to the EU, we had over 1,100 businesses. When we went to South Korea, we had over 200 businesses. And I think that’s excellent because it means going virtual is also creating an opportunity, a more accessible platform for some businesses that may be in the earlier stages of looking to export.