Celebs, scuffles & anthems: The latest on the Women's March on Washington

Who's behind the huge event? What do celebs have to say about it? Here's our roundup of the latest buzz on the march. 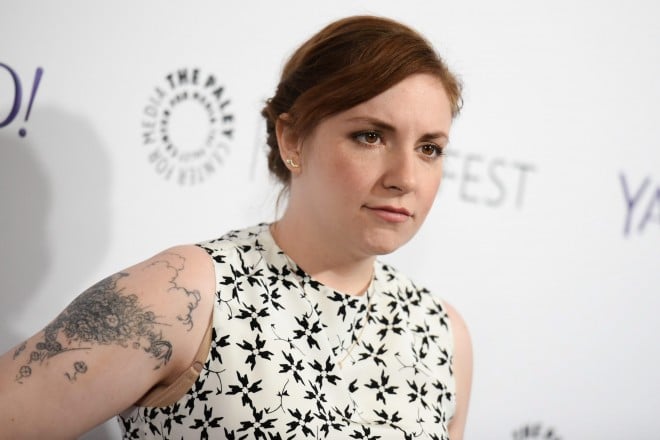 In her guest column about women’s reproductive rights for Variety, Dunham advises people to “be loud” about their opinions, and also to donate to the cause. Photo, Richard Shotwell/Invision/AP, File.

The Women’s March on Washington is happening this Saturday, January 21, the day after Donald Trump’s inauguration. Chatelaine writers and editors will be travelling to D.C. to cover the march live on our social feeds and here on our website. Follow us and join the conversation on Twitter and Facebook — hashtags include #womensmarch, #CDNwomensmarch and #WhyIMarch. In the meantime, read up. News outlets around the world and some of our favourite celebs have tons to say (and sing!) on the event. Here are 10 must-reads:

1. Fiona Apple debuts catchy anti-Trump chant just before the Women’s March (Mashable): “We don’t want your tiny hands / Anywhere near our underpants.” Apple has pulled together some of the grossest Trumpisms and created a catchy little chant. It’s called “Tiny Hands,” and it’s perfect for marching to. Have a listen!

2. News outlets are telling staffers to stay home from the Women’s March (Slate): To avoid looking unobjective, news outlets such as the Atlantic, Washington Post, NPR and National Geographic, are telling their staff not to participate in the event. “The rule is simple — Atlantic editorial employees should not participate in any political activity, apart from voting,” said editor-in-chief, Jeffrey Goldberg, in a memo. Each outlet has varying degrees of what they consider “participation.” NPR, for example, says their staff can attend, but no “marching or cheering” allowed. Definitely worth a read if you’re interested in the media ethics surrounding the event.

3. Lena Dunham: 7 ways to fight for women’s rights in 2017 (Variety) : If you, like the staff at the Atlantic, can’t make it to the march, check out Dunham’s latest op-ed detailing other ways to fight for your rights, such as donating, volunteering and sharing your own story. Dunham will reportedly be attending the March on Washington, as well. 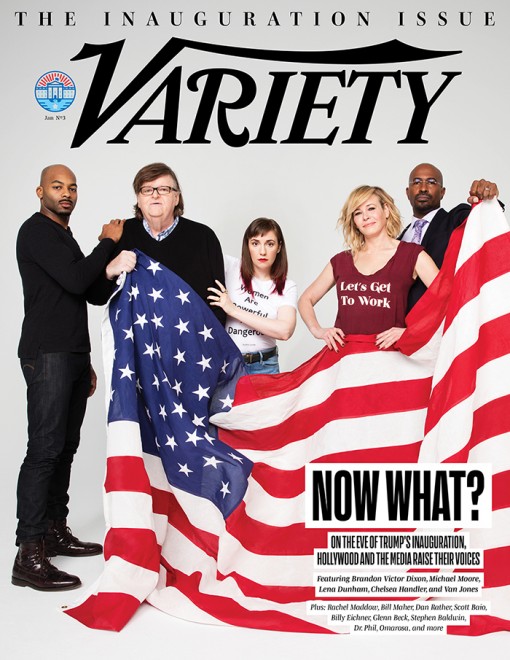 4. Every single thing to bring to the Women’s March (The Cut): Since, apparently, it’s going to be chilly in Washington this Saturday, here’s a list of what you need to be comfy and equipped for the long day — from base layers and boots to headgear and iPhone essentials.

5. Women’s March on Washington removes pro-life group as partner (Mediaite): After significant backlash that was generated by an Atlantic piece, the March organizers removed a pro-life group called New Wave Feminists from the website’s list of partners and described their inclusion as an “error” — reinforcing that the Women’s March on Washington is pro-choice. The group still plans to march on Saturday.

Related: Why so many women are joining the Women’s March on Washington — and why we’ll be there, too.

6. Men are slow to show support for the Women’s March. Is it considered unmasculine? (Washington Post): Men are conspicuously missing from the dialogue on social media and make up only tiny fraction of Saturday’s attendees. This article features a bunch of everyday men who are attending the march, and their inspiring reasons for doing so. “I am worrying about the way my boys will treat women when they are older. I want to make sure they not only respect women, but that they fight for women as well,” says photographer Tim Riddick.

8. These are the women organizing the Women’s March on Washington (Vogue) : “It’s a bunch of people who have no idea who each other is, creating something massive,” says Vanessa Wruble, who’s responsible for the march’s campaign operations. Read up on some of the people behind the Women’s March on Washington and how they worked together over a short month-and-a-half to bring the event to life.

9.  Celebrities set to join history-making Women’s March on Washington (Hello! Canada): Amy Schumer, America Ferrara, Cher, Katy Perry, Samantha Bee, Padma Lakshmi… these are just a few of the big names who have announced that they will be attending (some of them speaking at) the march.

More:
What’s with the Trump-style politics of Kevin O’Leary and Kellie Leitch?
Are IUDs the best birth-control option in 2017?
Natasha Stoynoff spoke out about Trump. Now, she’s talking about the aftermath