In 2013, I wrote an article about a bad date with an unnamed Canadian radio host that went viral. But my story didn’t end there. 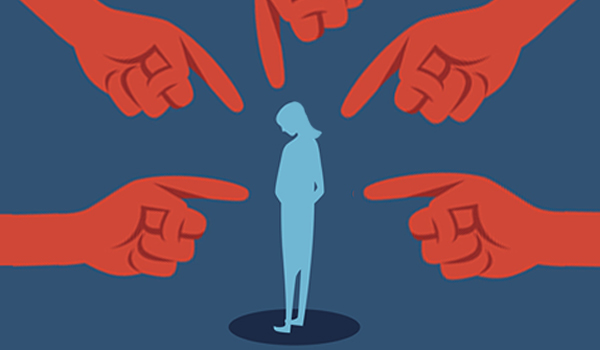 When I was five, I watched a neighbourhood boy tear Lanette Ariana limb from limb. I didn’t scream or stop him. I just wept over my beloved, dismembered Cabbage Patch Kid. Once I calmed down, my dad told me not to take shit from any man and toughen up, lest I be eaten alive by the doll-murdering vultures of the world.

Two decades later, I’m failing miserably at heeding this life lesson as I stare at the blue-lit stage below. My petrified body is betraying me. The bandleader sings, “Thought I made a stand, only made a scene,” and I clench my fists to keep them from shaking. When I open them, the bloody half moons on my palms remind me nails can be weapons, but I’m using them wrong.

The man beside me gropes my waist like a stress ball. He’s Jian Ghomeshi, a famous, well-respected Canadian radio host. I’m a writer for a little-known show on Country Music Television Canada. This is our first outing. I say stop. He doesn’t. I escort his hands off my waist. He takes this as an invitation to hold hands. He presses his body into mine. I step aside. He follows. I want to scream and push him off, but his friends are standing around like bodyguards — his. He grabs my ass. I feel sick. I’m afraid and I can’t make him stop, so I tell him my head hurts and leave. He follows. He’s driving me home, no questions asked. I start crying. I blame my headache. I’m worried about hurting his feelings. I’m worried about pissing him off. 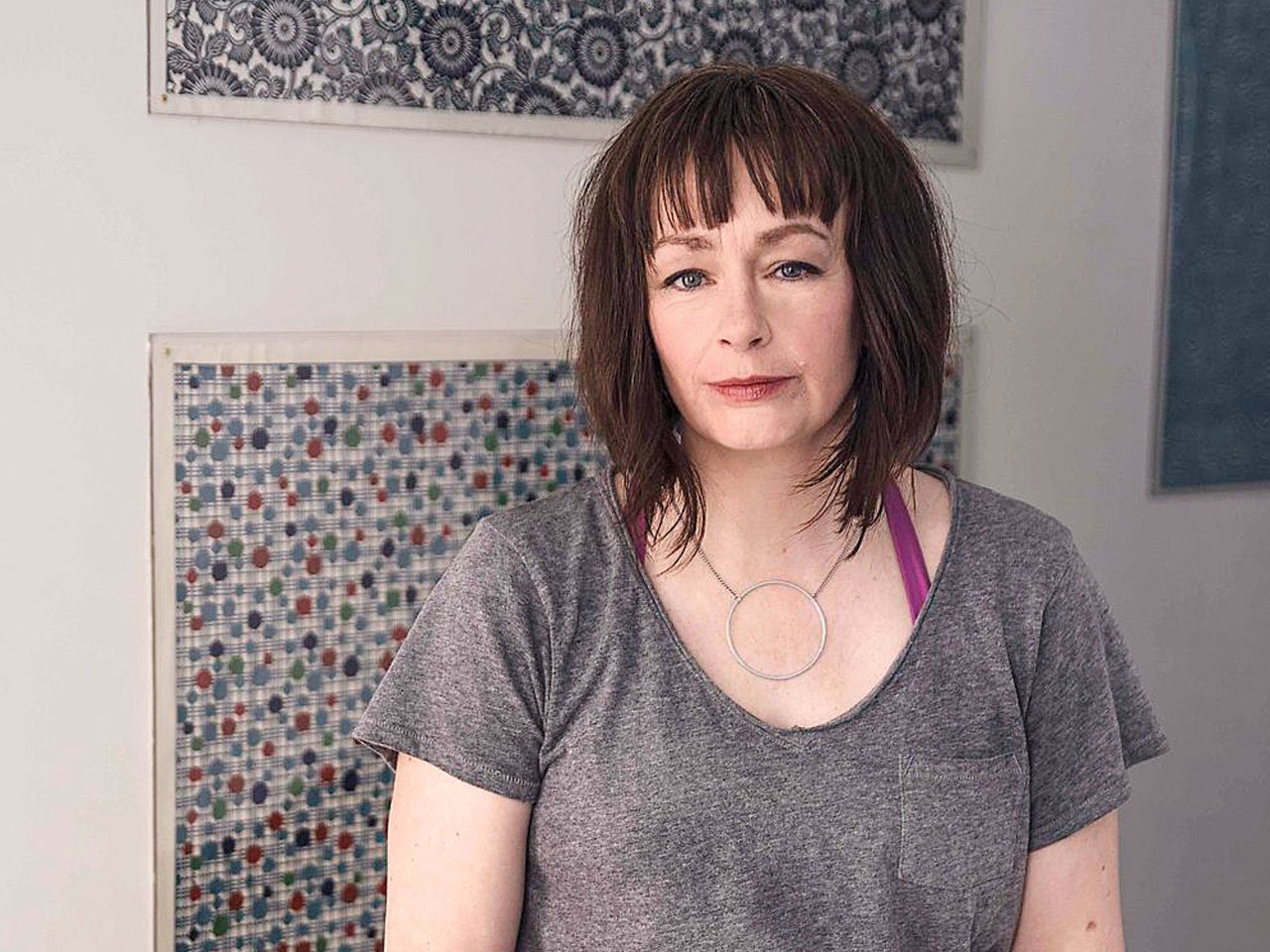 Lucy DeCoutere On What’s Changed (And What Hasn’t) Since Ghomeshi Like the villain in a Batman movie, he seems amused by my distress. I stare out the window, bolt out of his car when I can, and never see him again.

“I should warn women about him,” I tell a friend days later. She eyes me like I’m a newborn puppy and matches my Ghomeshi story with one worse that happened to her friend. Over the next few months, I learn — from celebrities, interns and everyone in between — that most Canadian media “insiders” are well aware of his reputation. Beyond gossiping, nobody’s saying or doing anything about it. We’re all cowards.

I try to push this experience down into the deadest part of me and forget it, but his smug face, plastered on ads all over Toronto, reminds me how he felt entitled to touch my body, uninvited. Incidentally, I move to New York a short while later.

I’m animated when retelling the story. If I become Lucille Ball on a bad date, I can dissociate. This is the approach when I type it out for the online magazine xoJane. It will soon become the bad-date story that upends my life, but I don’t know this as it spews out of me like stomach bile. I don’t care that the writing’s not good; I just want other women to stay away from him.

Hours after it’s posted, the article goes viral, and the faithful rush to Ghomeshi’s defence.

As I watch the vitriolic comments pile up, my editor checks in. I beg her to change the title they gave it, which is an extraordinary 23 words long. (“IT HAPPENED TO ME: I Accidentally Went On A Date With A Presumed-Gay Canadian C-List Celebrity Who Creepily Proved He Isn’t Gay.”) I didn’t write those words. They make me sound like a homophobic asshole. The editor says she’ll see what she can do and advises me to “ignore the haters.” She doesn’t change the title.

I regret writing that I stupidly thought Ghomeshi was gay before meeting him. I had let that assumption conjure a false sense of safety. I’m a naive fool. The Internet notices. I get upset messages from the LGBT community. My heart breaks. I absorb their pain and field their comments. I’m sorry.

An ocean of people crashes through the Internet to call me a bitch, a slut and an opportunistic whore trying to ruin a good man’s name. They call for the end of my career, my love life, my life life.

But I needed to warn other women, I whisper to no one.

The Canadian media picks up the story.

They write about me. They talk about me on air. They defend Ghomeshi. They call my article a desperate plea for attention. They shame me, the bad-date shamer. They say, “Can’t a guy take a girl out anymore?”

My mom calls me upset. She watched a morning show host speak negatively about me on live TV. I made my mom cry. I can deal with garbage Internet people. I can’t deal with my mom crying.

The cyber hate proliferates. I’m swimming in a sewer of it, but even worse are the unexpected remarks from people in my life.

“Not cool, I love that guy,” one male friend texts. Another sends: “HARSH, Ciccone. Why’d you do that?”

“I wanted to warn other women,” I tell him.

I dedicate myself to drinking — daytime, nighttime, anytime. At 1 p.m. on a Sunday, I break down and tell a friend what I’m going through. “Fuck those assholes,” she says. We do shots. By 3 p.m., I’m stumbling up to strangers, “I made my mom cry.”

A few people reach out to make sure I’m okay, but most of the support I get is hushed. No one’s defending me. I understand. I’m not defending myself.

I tell myself I’m Teflon, but I absorb the Internet punches like a heavyweight boxer.

A man who looks like Santa asks me to do the world a favour and commit suicide. An older woman lets me know I’ll never work in media again. A young woman messages to say evil Eve bitches like me are the reason God invented menstrual pain.

I’m Rocky Balboa in the 15th round.

An anonymous man makes a video about me in which he dubs me a “scumbag of the Internet.” He picks apart my article and concludes that I’m an opportunistic hack trying to take down a good and powerful man.

Many people, mostly young men, send me the link to this video. They point to it as evidence that I’m a piece of shit, in case I didn’t know. I block them. I consider cutting my wrists like I did when I was a bullied 13-year-old. I cut my hair off instead.

I don’t tell people in my real life what’s happening online because ignoring my pain might dull it. It doesn’t.

My roommate introduces me to anti-anxiety pills. They numb my constant, gnawing panic. They’re instant, magic and too temporary.

Canadian writers contact me to do interviews for articles they’re writing about Ghomeshi’s dating life. I don’t trust them. I ignore them.

I return to Toronto and go on job interviews. They all want to know about Ghomeshi, but none of them will hire me. I’ve been blacklisted.

A Canadian journalist reaches out letting me know that he’s talked to a few women who say Ghomeshi assaulted them. I tremble.

I move across the country for a job. I watch Oprah’s Super Soul Sunday. I meditate. I pray. I develop a low threshold for bullshit while simultaneously forgiving everyone that hurt me. I toughen up.

The Toronto Star runs a story about the women alleging he assaulted them.

At my job, a coworker announces to a table full of women: “He didn’t do it. They just want attention.” His tablemates agree. I shake with rage.

The sole male on our copywriting team says, “poor fucking guy,” in a meeting. I tear up and leave the room. “You’re too sensitive,” a coworker tells me.

I walk home in the rain listening to Hole’s “Gutless” — I’m so goddamn angry.

The New York Times writes that the backlash I received was why Ghomeshi’s accusers were too scared to come forward. I feel like shit.

Coworkers who have never spoken to me before approach me: “Omigod your name is all over the news!” “So…do you think he did it?” I leave soon after.

Women apologize on the Internet’s behalf for what happened to me.

Men write messages like: “I misjudged you,” “guess you were right,” and, “good on you for speaking up.”

The anonymous man who made the Internet scumbag video refuses to take it down. It’s been viewed some 545,000 times. Still a scumbag.

During his sexual assault trial, Ghomeshi and his legal team look like day-walking vampires set on sucking the life and the hope out of the complainants and their supporters.

The witnesses are torn apart by the defence and, later, when the verdict comes down, by the judge, too. He acquits Ghomeshi and mansplains to the rest of us that we need to be vigilant because complainants sometimes lie. Every flaw about the way our system tries sexual assault cases is highlighted. It’s like we’ve just watched an episode of Law & Order: SVU called The Patriarchy Always Wins.

“That article must’ve really helped your career,” an acquaintance says to me over coffee.

I laugh, but he’s not joking.

“The opposite,” I say. “It nearly ruined my life.”

And I’d do it again.

More:
Exclusive: Lucy DeCoutere on the Ghomeshi disaster
Sophie Grégoire Trudeau on life in the global spotlight
Memoir: The baby girl I almost had