6 reasons comedian Maysoon Zayid is your next girl crush

When it comes to visible disabilities, Islamophobia and the Canadian election, the American comedian is on point. 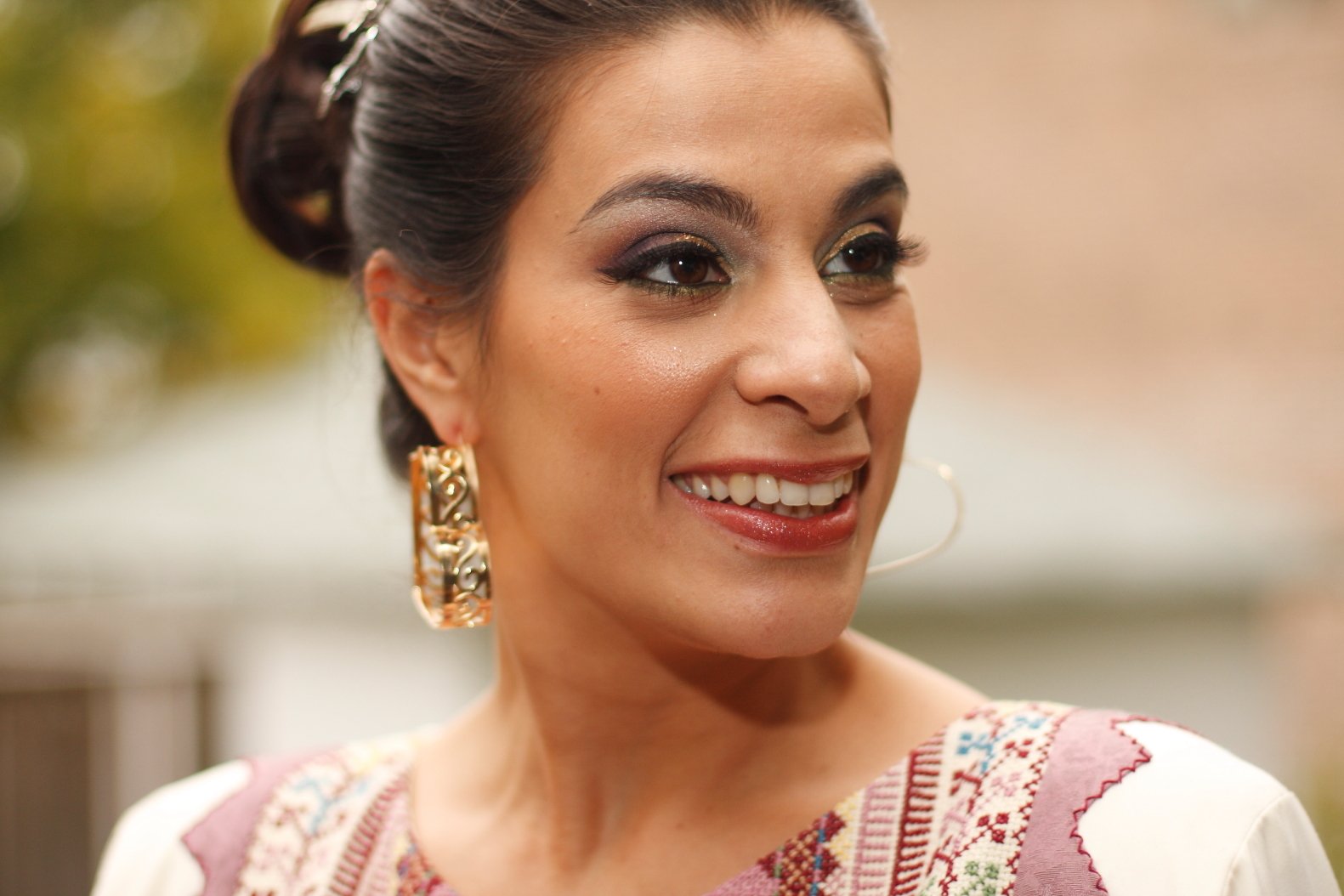 Were there an “Oppression Olympics,” comedian Maysoon Zayid jokes in her popular TED Talk “I’ve Got 99 Problems…Palsy Is Just One,” she’d bring home the gold: “I’m Palestinian, Muslim, I’m female, I’m disabled and I live in New Jersey. If you don’t feel better about yourself, maybe you should.”

The first person ever to perform standup in Israel and Jordan, Zayid’s brand of feisty, incisive and self-deprecating humour has helped her win over audiences around the world, including the one at the Canadian Women’s Foundation annual breakfast in Toronto last week. We bet you’ll be hearing a lot more from this 40-year-old political commentator, entertainer and all-out stereotype slayer. How much do we love her? Let us count the ways:

1. She took an interesting path to the entertainment industry.

Born with cerebral palsy, a condition that has impacted her speech and her movement, Zayid learned comedy by hanging out with her gossiping aunts in Palestine, scoring her first acting gig on As The World Turns. You might’ve seen her in Adam Sandler’s 2008 flick You Don’t Mess with the Zohan and the 2013 documentary The Muslims are Coming!, which challenged racial, gender and religious bigotry.

2. She’s taken her activism to Hollywood.

Zayid is part of an advocacy group that encourages directors to cast disabled people as disabled characters. “We really don’t think that visible disability can be acted, and when it is, it’s cartoonish and clownish and it’s based on one image,” she told Chatelaine in an interview last week. That goes for Oscar winners Dustin Hoffman in Rain Man, Tom Hanks in Forrest Gump and Eddie Redmayne in The Theory of Everything, too. Zayid is bending the ears of directors as well as executives at CBS. “We’ve had several actors agree to never ‘crip up’ again.”

Related: The Canadian Mrs. Universe winner is all kinds of amazing

3. She’s tap danced on Broadway for a sold-out crowd.

“The idea of someone with a disability being able to tap dance on Broadway and sell out a theatre is unheard of and I achieved it,” she said. In fact, childhood tap classes are the reason Zayid can walk — something many people with cerebral palsy cannot do. Too cash-strapped to pay for physical therapy, Zayid’s parents put the five-year-old into tap dancing lessons as a way to keep her on her feet.

4. She fights Islamophobia with humour.

Dismayed by the rise of anti-Arab sentiment in her country following 9/11, Zayid co-founded the New York Arab-American Comedy Festival in 2003. “We wanted to combat the negative image of Arabs in the media and to encourage casting directors to cast Arab actors as something other than Terrorist #1 or Taxi Driver #3,” she said. Festival performers have gone on to star in sitcoms and Steven Spielberg movies.

Related: I’m a Muslim voter and I’m sick of hearing about the niqab

5. She followed the niqab debate during the Canadian election.

Zayid is an outspoken critic of how Muslim women are treated as “other” in the media. When niqabs were used as an election wedge issue in Canada, Zayid was disappointed. “When you have an election and you have elected officials singling out Muslim women in a way they would not single out anyone else, it adds to that image of us being less than human,” she said.

6. She won’t have any of your haterade, thank you.

When Zayid’s TED Talk quickly garnered 6-million views earlier this year, supportive messages flooded in. Then came the trolls who accused her of playing the “disabled card.” “I have had people who have cyber-stalked me, found my number, started calling my house…. I get death threats and then I get people constantly offering to sleep with me, the assumption being that no one would ever sleep with a disabled person.” How does she deal with it? She educates, and sometimes even gets the haters onside. “One guy tweeted me, ‘You’re so beautiful, but you’re going to hell because you follow this evil, Satanic religion of Islam. We started a conversation … and that guy became my web designer.”