Would you raise chickens in your yard to get fresh eggs?

A Calgary man is fighting for your right to fresh eggs from your own backyard. What do you think about it? 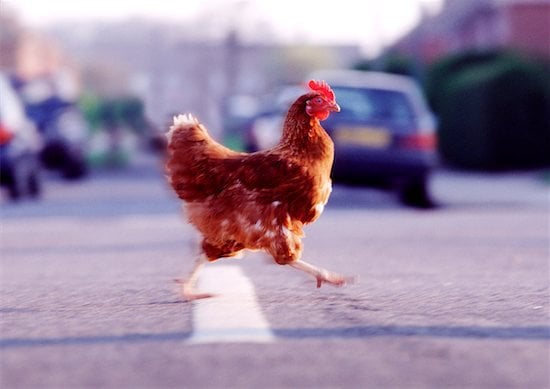 Where do you get your eggs? Most of you probably answered the grocery store. But what if you could get them from your own backyard?

That might not be your cup of tea, but one Calgary man is fighting for your right to backyard eggs, reports Maclean’s. Now he’s waiting on a verdict that could make raising chickens legal no matter where you call home- even if it’s within city limits.

For those already enjoying fresh eggs from their backyard (and that number is on the rise), this might come as a shock because it is not illegal in all major cities across Canada. Last year Vancouver voted to allow its residents to raise up to four hens in their backyards. In other cities like Calgary and Toronto, it is still illegal to raise or house livestock within city limits, and yes, that includes chickens.

For those concerned about noise from those clucky little buggers, there are no roosters in this hen house debate. Right now, the majority of legislation that allows for chickens within city limits is solely referring to hens and in most major cities it is still illegal to have roosters within city limits.

This debate has been gaining steam over the past few years as more people fashion keen to know the origin of their eggs (and desire fresh ones) build chicken coops in their backyards.

Tell us what you think. Would you be willing to raise chickens in your backyard in order to get fresh eggs?