Watch Will And Kate Call Bingo

The Cambridges showed off their impressive bingo lingo.

Heather Cichowski, with files from Danielle Stacey, Hello! Updated May 22, 2020 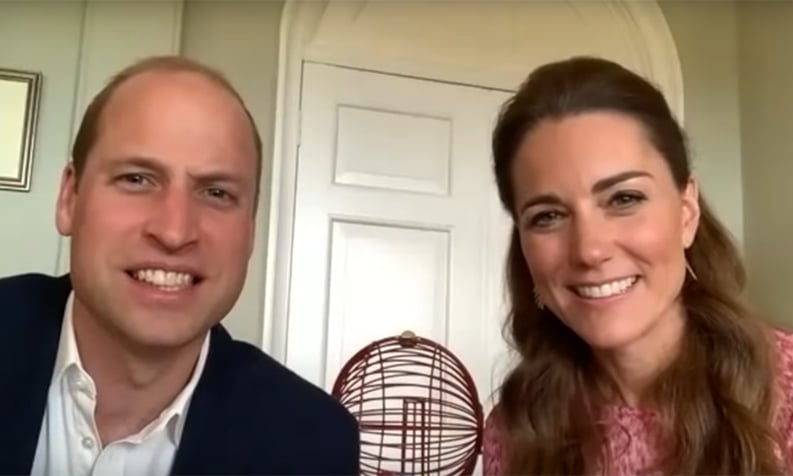 BINGO! Prince William and Duchess Kate surprised residents of the Shire Hall Care Home in Cardiff when they were announced as the new bingo callers during a recent game time.

The Duke and Duchess of Cambridge had the fun responsibility of reading out the numbers virtually. A video of the event was uploaded to the Kensington Royal Instagram account to thank carers working tirelessly during the coronavirus pandemic.

And it looks like everyone had a blast—William and Kate seemed to have as much fun calling out the numbers as those playing. The Cambridges showed off their impressive bingo lingo with every number called out.

And your next Bingo callers are… • Visit our YouTube page via our Story to see more as The Duke and Duchess of Cambridge thanked staff at Shire Hall Care Home in Cardiff, and care workers across the UK for their tireless efforts as they continue to look after the most vulnerable in our society. • #ThankYouCareWorkers

The video began with Kate reading out a special number she revealed her eldest son would like.

The bingo game continued with the father of three selecting a red 17 ball.

“Are we drawing these numbers badly?” the future King asked to a big round of laughs.

The fun bingo numbers continued with William picking “two little ducks: 22,” which was accompanied by a chorus of quacks from the entertained players.

Kate called out the next one “6 and 2, tickety-boo,” and with that Joan won the round of bingo.

The care home brought the laptop over to the winning pensioner. She asked how the British royals were doing.

“We’re very well, thank you,” William stated, adding, “How did we do at bingo, was it okay?”

She continued, “It wasn’t as good as it should’ve been.”

This prompted laughter from William and Kate and the rest of the residents!

Kate and William also spoke to three staff members from Shire Hall Care Home ahead of bingo about how they are looking after themselves and the residents during COVID-19. The facility is one of 19 family-run Hallmark Care Homes and it provides residential, nursing and dementia care.

The video was shared on the Royal Family’s YouTube channel and it featured more footage of their bingo game.

They discussed some of the “harsh” aspects of their working lives at the moment as well as longer hours.

“But, the morale of the home is lovely,” said one worker. “It is a positive, daily life for Shire Hall.”

“I’ve never known Welsh people not to know how to have fun,” William replied, resulting in a series of laughs from everyone.

This segued into the bingo game with William asking for a few tips before it was his and Kate’s turn to read the numbers.

This was followed with “One little duck, number two” by William and more quacking.

Before saying their virtual goodbyes to the care home residents, William promised the next round of bingo would be even better!

“We’ll try and do a bit better at bingo next time,” Prince Charles’s son promised.

“Stay safe everybody and thank you for your time today,” the duchess ended. “It was lovely to meet everybody.”

We bet everyone is looking forward to the next bingo game, and we suspect that William and Kate have plenty more catchy bingo sayings! They likely have practice playing with George, Princess Charlotte and Prince Louis.