Why women will get the jobs as the economy recovers

Why the “Mancession” is nowhere near over; the mystery of Wikileaks explained; Columbia provides free birth control for all; the upside of a devastating breakup; and Ryan Reynolds and Scarlett Johansson call it quits. 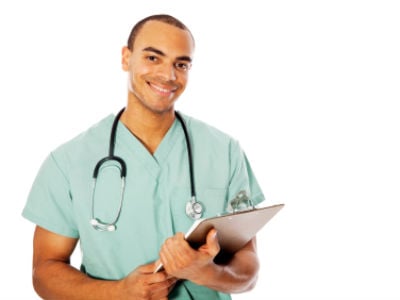 An article in the New York Times suggests that the so-called “Mancession” – the higher rate of male unemployment compared to female unemployment during the recession – may continue well into the economic recovery. This is because typically male jobs in fields like manufacturing are not returning, while commonly female positions in fields like health and education are on the rise. The article suggests men will eventually begin to enter traditionally female fields, but will need to overcome deeply entrenched stereotypes to do so.

Like pretty much everyone else on the face of the earth, you’re probably growing a tad weary of the unending coverage of Wikileaks and the unending trail of classified documents they’ve released over the past month. But what exactly is Wikileaks? How does it function, and why should we care? Gawker has broken it all down in a fascinating and easily digestible explanation. Did you know Julian Assange used to call himself Mendax? You do now.

This fall, Columbia passed a law that guarantees all citizens access to free birth control, as well as procedures like tubal ligations and the insertion of contraceptive implants. Now, the government is putting that law into action by opening more than 600 offices that will offer the services in the hopes of curbing a recent rise in pregnancy among impoverished teenage girls.

When is a devastating breakup funny? When an all-lady sketch troupe makes a video that parlays that breakup into a great way to lose weight. Who hasn’t shed a few pounds after crying for days over the departure of Mr. Right? Comedy ladies ArthurOrMartha capture the tragically hilarious truth in their video for “Tragislim.” Watch it and laugh, and also maybe cry.

It turns out washboard abs for him and an absurdly pouty smile for her do not a marriage make. That’s right, Ryan Reynolds and Scarlett Johansson are calling it quits after just two years of marriage. The sexy couple – Reynolds was People’s sexiest man this year, and Johansson GQ’s sexiest lady – have release a statement saying that the parting is amicable. It’s a shame – their genetically perfect child could have given Shiloh a run for her money.